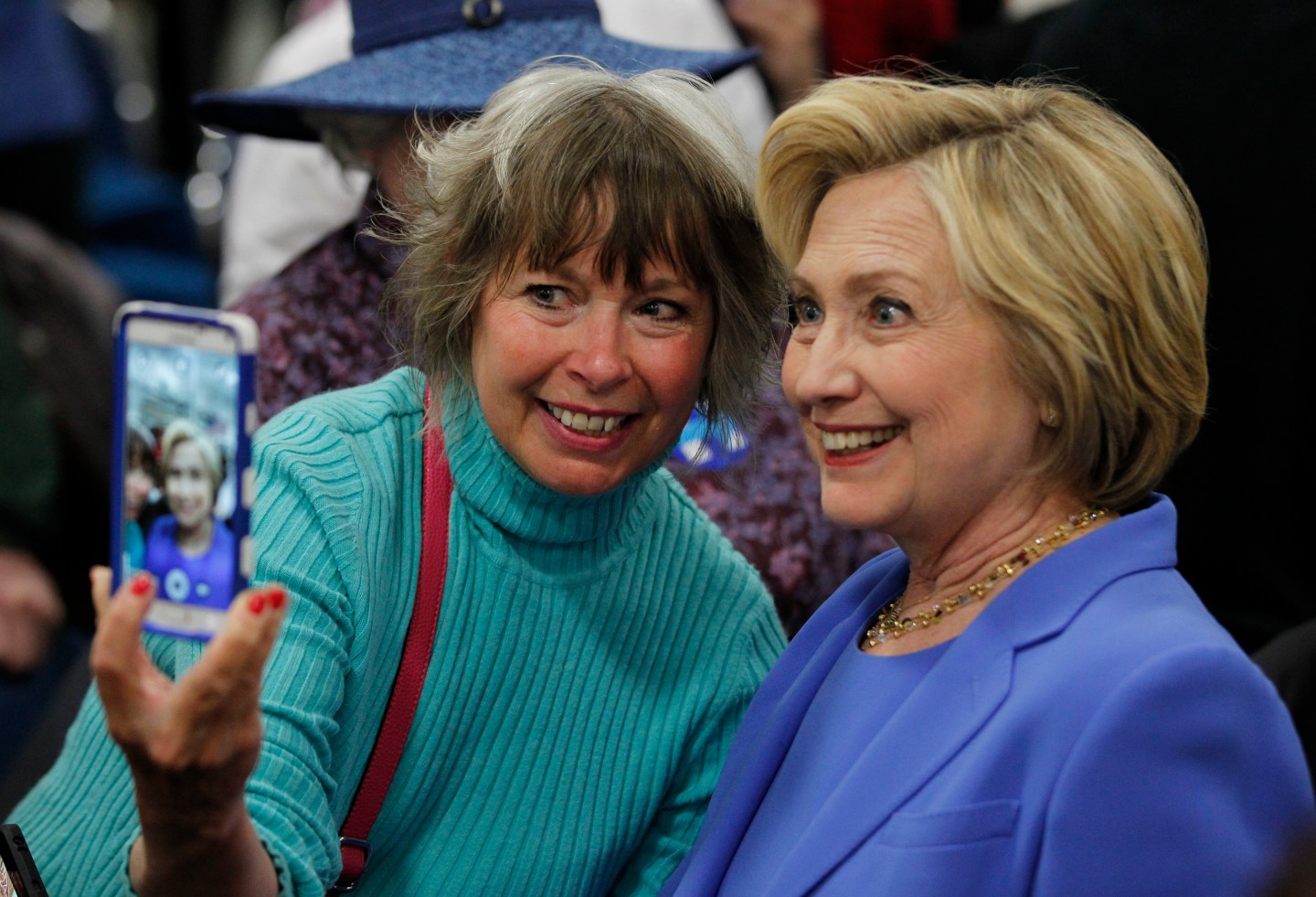 If Hillary Clinton ends up losing California to Bernie Sanders, it will be because of voters like Nallely Perez.

Perez personifies what a Clinton supporter was supposed to look like: a 24-year-old Latina who grew up idolizing the former first lady as a groundbreaking woman in politics. But when she votes in California’s Democratic presidential nominating contest on Tuesday, Perez will be supporting Sanders.

“Everything that I would stand for, he has said it,” said Perez, a student at California State University, Long Beach, who said she likes Sanders’ promises of tuition-free college and universal healthcare. “We found our voice in him.”

California is the final big contest in the long, bitter fight for the Democratic nomination. Opinion polls show the Democratic race there tightening in recent weeks. Where Clinton, a former secretary of state, once held a big lead over Sanders, a U.S. senator from Vermont, the two now are nearly tied.

A University of Southern California/Los Angeles Times poll released on Friday showed Sanders with a one-percentage-point lead over Clinton in the state, 44 to 43%, a swing from March when Clinton held a nine-point edge.

On the Republican side, Donald Trump has earned the nomination for the Nov. 8 election, and Clinton is close to capturing the number of delegates she needs to head the Democratic ticket. Her campaign expects that a win in New Jersey earlier on Tuesday will secure the nomination.

But a loss in a populous Democratic stronghold like California could lend credence to Trump’s claim that she is a weakened candidate.

“Clinton would like to go to the nominating convention with the wind at her back and tamp down the perception that she doesn’t excite Democrats,” said Rodell Mollineau, a Democratic strategist in Washington.

A Sanders victory will not clear the way to his nomination unless it triggers a defection by scores of superdelegates – party office-holders and officials – from Clinton’s camp, an unlikely outcome.

Sanders has vowed to use California as a springboard to the party convention in Philadelphia in July. A win, especially a big one, would validate the self-described democratic socialist’s decision to stay in the race to the end and give him leverage to influence Clinton’s policies and cabinet picks.

“The game he is playing is to be able to draw as many concessions as he can out of the party and the Clinton campaign,” Mollineau said.

The area around Long Beach, part of the 47th congressional district in California, has emerged as a key battleground. Sanders campaigned there a week ago; Clinton was in the area on Friday and may return again before Tuesday’s vote.

The district’s congressman, Representative Alan Lowenthal, remains one of the few uncommitted Democratic members of the House of Representatives to either Clinton or Sanders. His district once leaned Republican, but is becoming increasingly liberal thanks to an influx of Latino and Asian-American voters who comprise the majority of residents.

The large minority population might be expected to translate into an advantage for Clinton, who has consistently shown strength with such groups. But a Reuters reporter who toured the area observed an abundance of Sanders supporters.

In the Belmont Shore neighborhood of Long Beach, Sanders volunteers Gordon Winiemko and Jon Fellman manned a table on the sidewalk outside a coffeehouse.

They had a long discussion with Shawn Coleman, a 24-year-old film student, who told them he preferred Sanders to Clinton because “I think I’m a little bit more for what Bernie has in mind for the future, I think he’s right, and Hillary doesn’t really seem on it.”

Lia Roldan, a 42-year-old set decorator in the film industry who lives in Long Beach, said she was voting for Sanders because “he has a lot of experience in standing up for causes that benefit the working class.”

Roldan said she would reluctantly support Clinton in a contest against Trump.

“I’ll vote for her only because I don’t want a Republican to win, but I don’t really feel in my heart that I would vote for her otherwise,” she said.

Stopping Trump was on the minds of those who said they would vote for Clinton on Tuesday. “I love Bernie,” said Sami Reed, 42, the CEO of a corporate wellness business, interviewed in a thrift shop, “but I’ll probably vote for Hillary just because I don’t want Trump to win.”

A second-term congressman, Lowenthal told Reuters he has come under a “tremendous amount of grief and pressure from Sanders people” to support him, but he would not say for whom he would vote.

At California events, Clinton has been careful to focus her criticism on Trump, not Sanders, while talking up her national security experience. She will almost certainly need the support of passionate Sanders’ backers to defeat the outspoken Trump in November.