Tech CEOs Declare This the Era of Artificial Intelligence 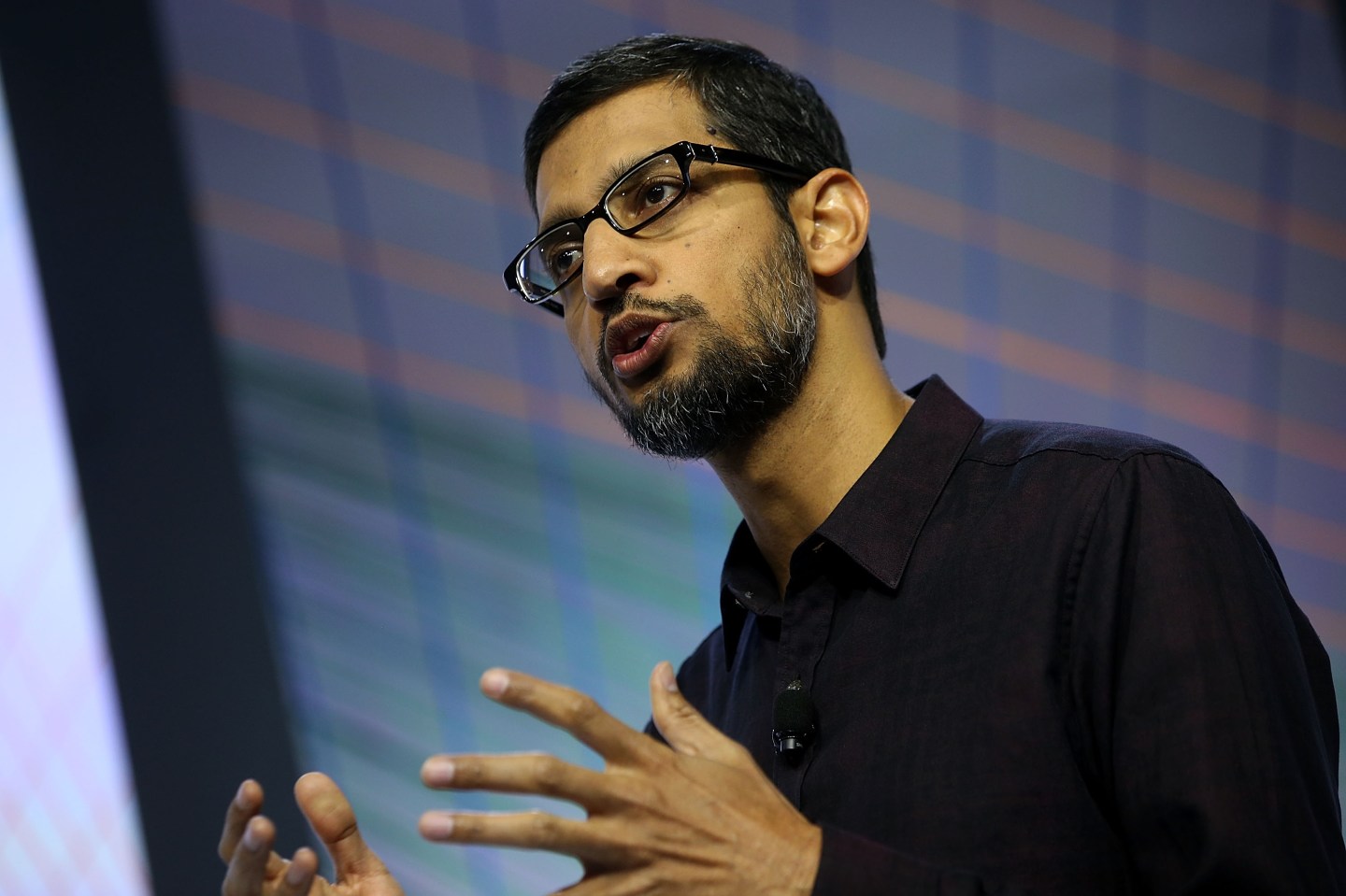 Artificial intelligence and machine learning will create computers so sophisticated and godlike that humans will need to implant “neural laces” in their brains to keep up, Tesla Motors (TSLA) and SpaceX CEO Elon Musk told a crowd of tech leaders this week.

While Musk’s description of an injectable human-computer link may sound like science fiction, top tech executives repeatedly said that artificial intelligence (AI) was on the verge of changing everyday life, during discussion at a conference by online publication Recode this week.

It is no secret that tech companies are diving into AI analytics research, an industry that will grow to $70 billion by 2020 from just $8.2 billion in 2013, according to a Bank of America report citing IDC research.

AI, which combs through large troves of raw data to predict outcomes and recognize patterns, is already used in web search systems, marketing recommendation functions and security and financial trading programs. The technology will spread to driverless cars and service robots in the future, the Bank of America report said.

Sundar Pichai, chief executive of Alphabet’s Google, said he sees a “huge opportunity” in AI. Google first started applying the technology through “deep neural networks” to voice recognition software about three to four years ago and is ahead of rivals such as Amazon.com, Apple, and Microsoft in machine learning, Pichai said.

But he and others acknowledged that the work of building machines that teach themselves is still in its infancy. Microsoft, for instance, apologized and went back to the lab after an AI chatbot talking on Twitter “learned” to make racist comments.

Amazon CEO Jeff Bezos predicted a profound impact on society over the next 20 years.

“It’s really early but I think we’re on the edge of a golden era. It’s going to be so exciting to see what happens,” he said.

Amazon has been working on artificial intelligence for at least four years and now has 1,000 employees working on Alexa, the company’s voice-based smart assistant software system, he said.

Big tech companies including Amazon have an edge at present because they have access to large amounts of data but hundreds of AI startups will hatch in the next few years, he said.

IBM CEO Ginni Rometty said the company has been working on artificial technology, which she calls a cognitive system, since 2005 when it started developing its Watson supercomputer.

“I would say in five years, there’s no doubt in my mind that cognitive AI will impact every decision made” from healthcare to education to financial services, Rometty said.

But it was the comments by Tesla’s Musk, on how he would potentially develop the technology to implant humans with technology to augment brains, that captured the imagination of attendees, according to Adam Burrows, senior vice president of emerging businesses at HomeAdvisor, a unit of IAC/Interactive Corp.

“It got people thinking on a philosophical level and away from what Google or Tesla will come out with next year,” he said. “It brings up the question, are we human anymore if we are part computer?”