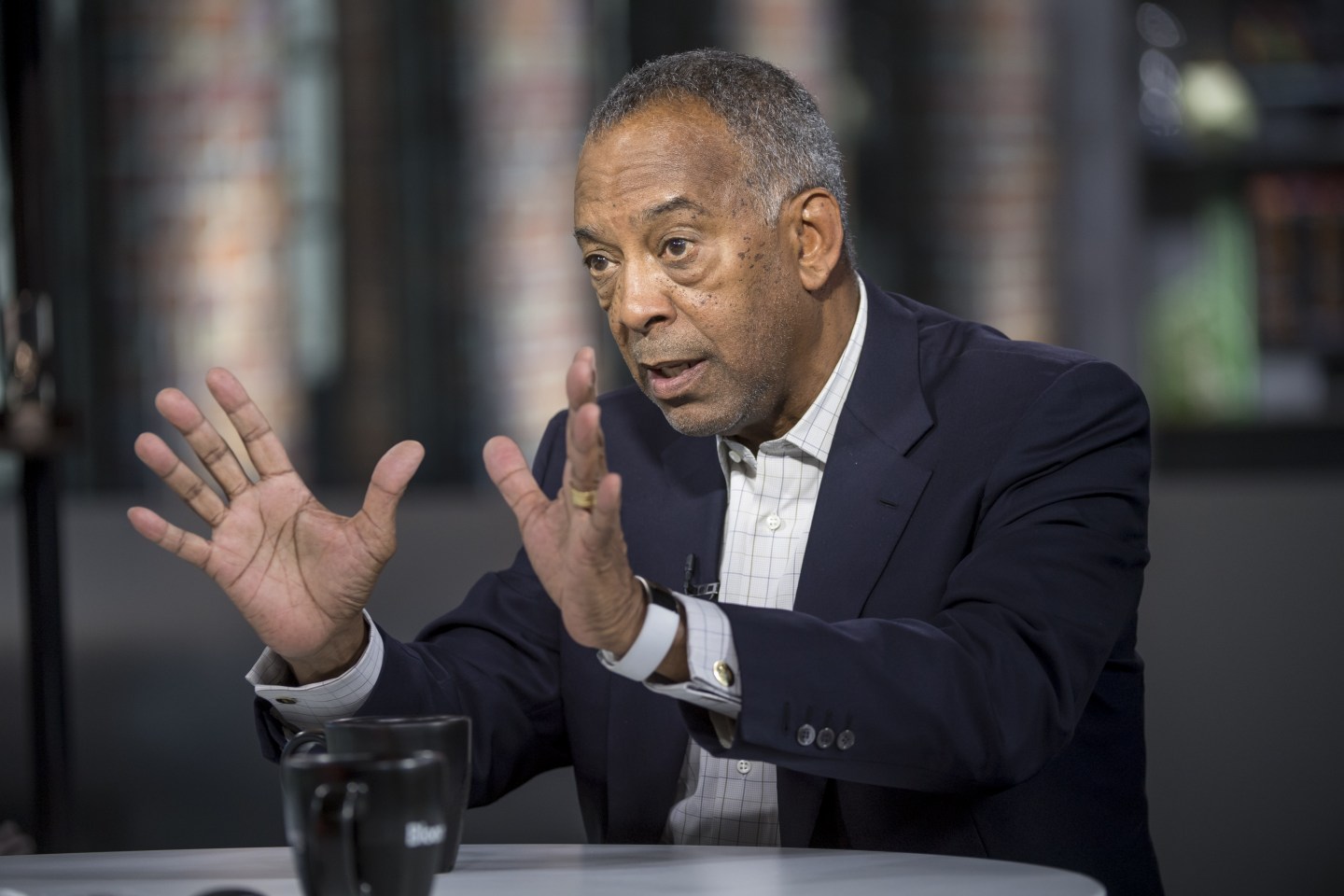 John Thompson, chairman of Microsoft Corp., speaks during a Bloomberg West Television interview in San Francisco, California, U.S., on Tuesday, May 17, 2016. Thompson, who has invested in startups in areas like security and storage, said tech companies need solid cloud strategies because those with a focus on traditional on premise software won't be able to grow in the future. Photographer: David Paul Morris/Bloomberg via Getty Images
Photograph by David Paul Morris — Bloomberg via Getty Images

Microsoft, which by most accounts has managed a pretty impressive transition to cloud computing, may have to do more faster.

Company chairman John Thompson recently told Bloomberg News that while chief executive Satya Nadella has done a very good job in cloud computing, the board wants the company to move faster. Options might include a revamp of Microsoft’s sales team and more partnerships with third-party businesses.

Microsoft already reorganizes its sales organization almost yearly and has typically relied on partnerships with other tech vendors as well as an army of reseller partners to boost its prospects. Thus, this seems pretty much business as usual. Given that Microsoft’s fiscal year 2017 kicks off on July 1, it’s a safe bet that another sales re-org could be unveiled soon. The company’s annual partner meetup starts July 10, so expect changes there as well.

Still, it’s worth noting that Thompson recounted how he and other board members worry that Microsoft (MSFT) will go down the path of previous tech giants that didn’t act fast enough in the face of massive change. AT&T (T), for example, saw its wireline business disappear in years as people flocked to mobile phones.

A few weeks ago, Thompson sounded a similar note during a Bloomberg TV interview in which he again stressed the need for speed.

“If I’d like to see something change [at Microsoft] it’s more about pace. From my days at IBM (IBM), we never seemed to be running fast enough. While you seem to be moving fast, you’re not moving as fast as a startup,” he remarked. Thompson spent 28 years at IBM before becoming chief executive at Symantec (SYMC).

The threat on the horizon is Amazon (AMZN) Web Services, which has built a prodigious cloud services business over its ten years of existence. AWS is the undisputed leader in public cloud computing.

AWS crams data centers around the world with servers, storage, and networking gear that it rents out to customers who don’t want to expand or add more of their own data centers. Microsoft Azure competes with AWS, and it is seen as a distant number two player in that market with an array of other companies, including Google (GOOG), vying for the number three spot.

Alternatively, businesses sign up for subscription-based software from the likes of Salesforce (CRM), NetSuite (N), or Workday (WDAY), which again is managed and run on vendor-owned infrastructure. That means less software from Microsoft, Oracle (ORCL), or IBM, among others, running on customer servers. The ripple effect there is huge. Not only does that mean fewer purchases of enterprise software upfront, but also decreased spending on servers and storage gear running in-house.

Legacy software companies that relied on those big enterprise software license sales now struggle to manage declines to their bread-and-butter on-premises businesses while trying to move those customers to cloud versions of those products. Adding insult to injury, in doing so, these software providers must compete with younger “Software-as-a-Service” companies (Salesforce, for example) that have no legacy on-premises software businesses to protect.

It’s a bind to be sure—but at least it’s one that the Microsoft board appears to recognize.