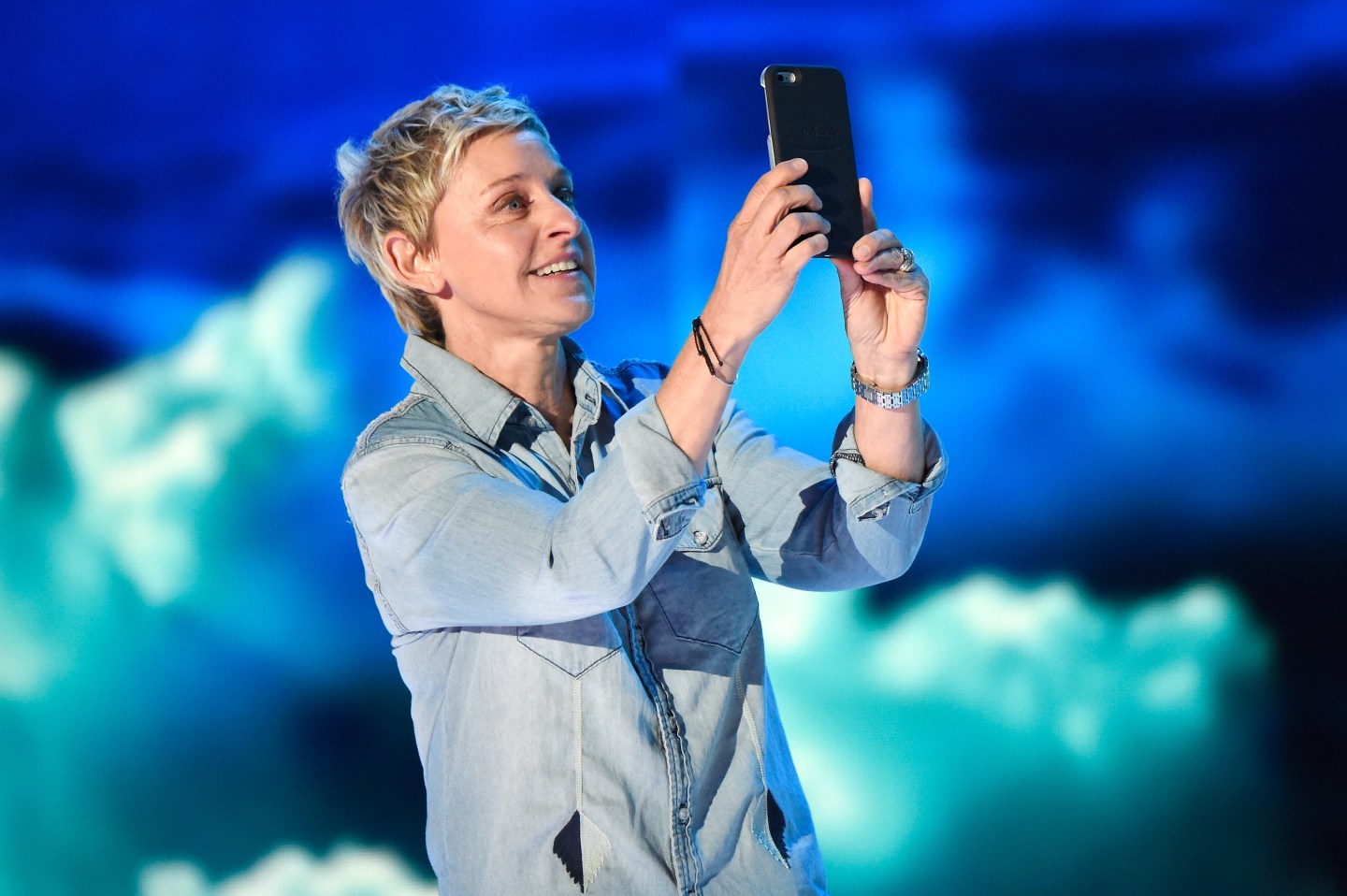 Earlier this month, Ellen DeGeneres expanded her personal brand further into the digital realm with the unveiling of her Ellen Digital Network—an initiative greeted by fans with a kind of instant recognition not dissimilar to hitting “Like” on Facebook.

Over the last decade, the Emmy-winning talk show host has morphed into a social media maven, amassing a gigantic follower base on Twitter, Instagram, Vine, Snapchat, Facebook (FB) and Periscope that generated more than a billion cross-platform views in 2015.

And in partnership with Warner Bros. Television, her digital network intends to build upon Degeneres’ existing digital footprint—which encompasses the video hub ellentube, the website for her top-rated-in-its-slot NBC program The Ellen DeGeneres Show EllenTV.com and her official YouTube channel—to launch a spate of new web and social-media series, effectively creating a new business model for TV-to-online brand integration in the process.

In 2011, at the peak of her cultural influence, Oprah Winfrey announced she was ending her eponymous daytime talk show to launch the Oprah Winfrey Network: a 24-hour cable station to reflect her “visions, values and interests” (that was initially met with dismal ratings and poor viewer engagement). Unlike OWN, however, DeGeneres’ network has its sights set on a humbler prize: monetizing “snack-sized entertainment” on consumers’ smart phones.

According to Braff, mobile gaming also plays a key part in DeGeneres’ overall business plan. One such Ellen-branded iPhone game, Heads Up!, was co-produced by Telepictures (the production company behind the Ellen show) and the app development studio Impending, specifically to expand the comedian’s digital footprint. To date, Heads Up!, which costs $0.99, has sold 24 million downloads and became a top seller at the App Store in 2013, 2014 and 2015.

“Whether I’m watching ellentube or playing Heads Up!, I’m on the same device,” noted Braff, who worked at Nintendo and Sega of America early in her career and also served as senior vice president at Glu Mobile, a developer/publisher of mobile games through the mid-‘00s. “So if we can connect the dots for people and stay true to what got us here in the first place, that is the road we are pursuing.”

That kind of thinking provides something like a mission statement for DeGeneres’ digital push. And rather than rely on focus groups or audience research surveys to dictate programming, the Ellen Digital Network plans to keep its ear to the digital train track and minutely calibrate its content to keep pace with consumer interest.

“We have this range that will give us a lot of feedback about what our audience is looking for,” said Braff. “The beauty of technology is, it’s really consumers who show us how they use it. And then we program in a way that fits their needs. That’s what the new world is laying out for us. We hope to entertain and have fun and keep delivering the amazing content we have—and see where the road takes us.”