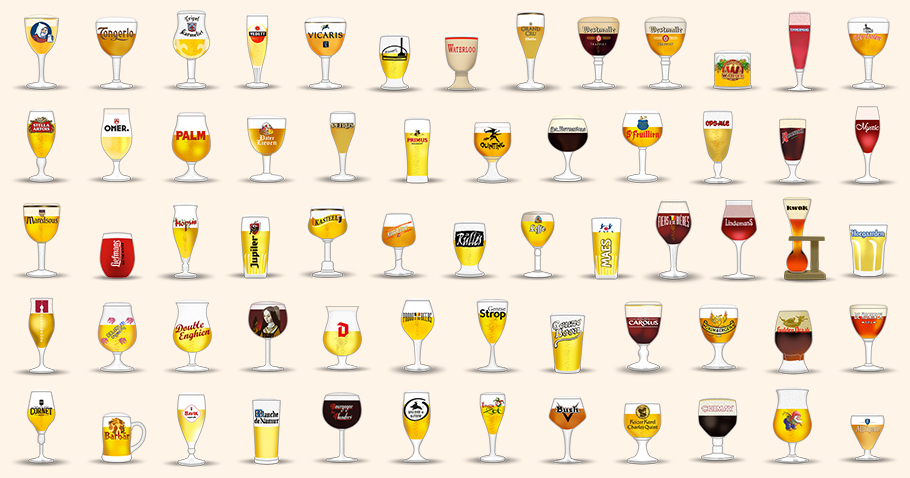 The Belgian Brewers’ Association has released a set of 60 emoji representing its members’ brews in order to “move the classic beer mug aside” for iOS and Android users.

The association isn’t the first player in the beer world to try a marketing stunt based on the mania for the new-fangled pictograms. The likes of MillerCoors have released messaging-app stickers of their products, and earlier this year, Diageo’s Guinness petitioned the Unicode Consortium, which approves official emoji for software makers such as Apple and Microsoft, for a “stoutmoji” to represent dark beer.

The Belgian brewers aren’t taking the official route (which will of course result in compatibility issues with certain applications). They’ve made their emoji downloadable through Apple’s (AAPL) App Store and Google (GOOG) Play.

“We’re no longer stuck with the stereotypical beer glass, when making a digital toast. From now on we can finally treat each other with a Belgian beer,” the association and the Flanders’ Agricultural Marketing Board (VLAM) said on their website. “Simply download and install the Belgian Beeremojis keyboard and celebrate with Belgian pride.”

Incidentally, the latest set of official emoji from the Unicode Consortium, decided last year and set to be rolled out from this month, includes clinking champagne glasses and a whisky tumbler. There’s no word yet on whether Guinness has managed to get Irish stout into next year’s crop.

Here’s a video extolling the virtues of Belgian beer emoji, including the classic Lambic variety—something of an acquired taste.

This article was updated to note that not taking the official route with emoji results in compatibility issues.