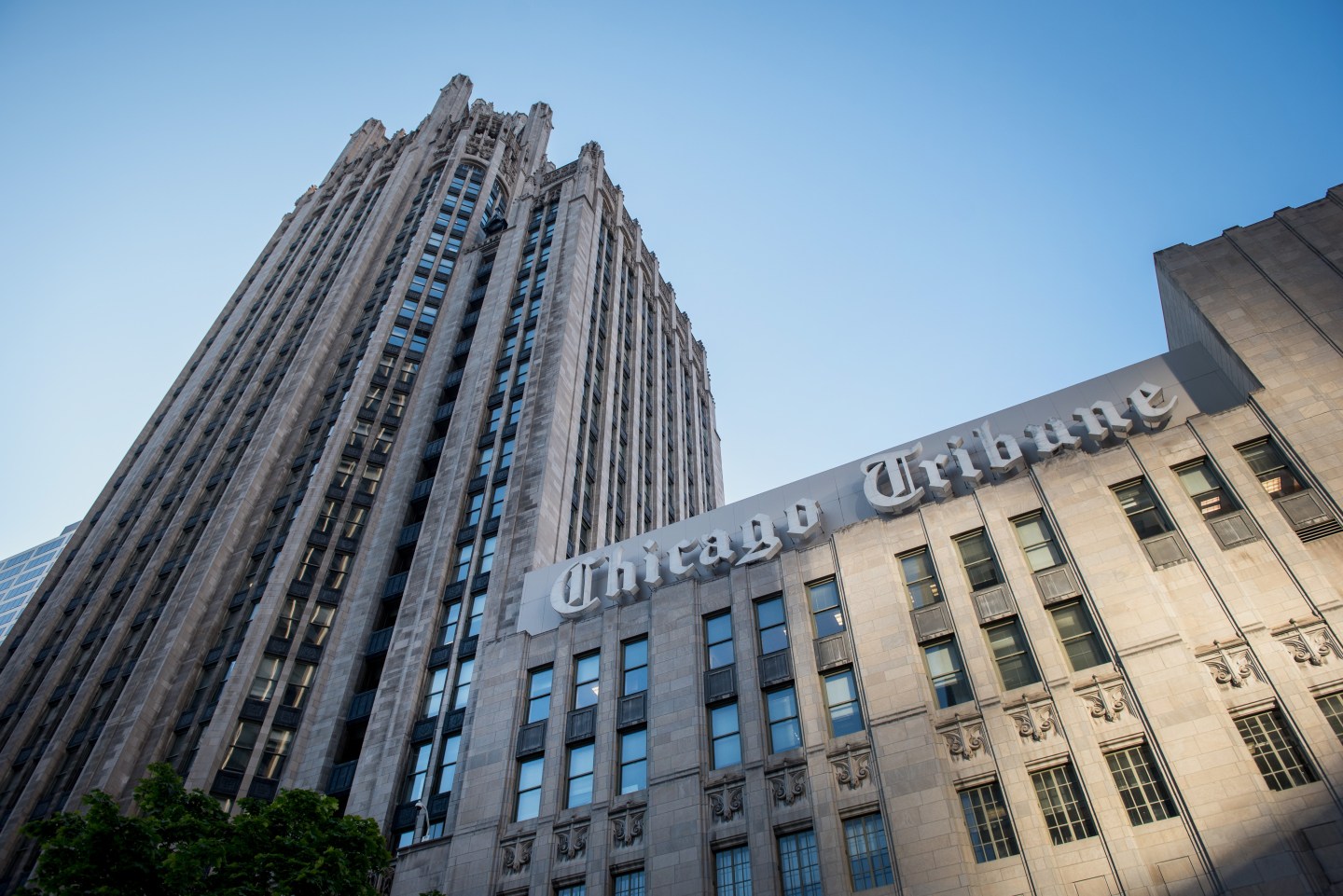 Just when you thought the Gannett vs. Tribune Publishing story couldn’t get any weirder, it does exactly that. Tribune, the newspaper chain that has been fighting off an unwanted takeover bid from fellow news giant Gannett for weeks now, announced late on Thursday that it has changed its name to tronc (all lower case) and is moving its stock listing from the New York Stock Exchange to Nasdaq.

In a press release about the change, tronc Inc. said that the new name stands for “tribune online content,” and that it “captures the essence of the company’s mission.” And what is that mission? According to the company, it is becoming a “content curation and monetization company” whose mission is to “leverage innovative technology to deliver personalized and interactive experiences.” Nothing was said about why tronc needs to be all lower case, however.

One word that doesn’t appear anywhere in the company’s release is the word “newspaper” (the term “content” appears 11 times). It seems obvious that chairman and controlling shareholder Michael Ferro, who took over the company in February, wants to show that Tribune is moving forward into a digital future. But first, it has to outrun its past.

Although the release doesn’t mention it, while Tribune was becoming tronc, it was also taking a vote on a new slate of directors—a vote that Gannett attempted to influence by trying to convince shareholders to withhold their support, as a show of non-confidence. Although all the directors were elected, Gannett said in its own news release that almost 50% of shareholders withheld their votes, and more than 50% withheld their votes for Ferro specifically.

Gannett initially offered $12.25 a share in April for what was then Tribune Publishing, which owns the Chicago Tribune and the Los Angeles Times, as well as a number of other smaller newspapers. The bid was a 63% premium to the company’s trading price. Ferro, who used to own a controlling stake in the Chicago Sun-Times (which he has since donated to a charitable trust), took over Tribune after being brought on board by former CEO Jack Griffin, whom he promptly fired.

Ferro rejected Gannett’s initial offer, saying the chain was trying to “steal the company.” Gannett subsequently increased its bid to $15 a share or $864 million, but that was rejected as well. Then Tribune brought in a new investor, Los Angeles entrepreneur Patrick Soon-Shiong, who invested $70 million and also said that he had developed “machine vision” technology that would let newspaper readers scan the print version with their phones and see videos.

Several Tribune shareholders have registered their disapproval of Ferro and their lack of confidence in his strategy for rebuilding the chain. Oaktree Capital Management, which owns 14% of the company, put out a statement recommending that the company engage with Gannett about its offer, and saying if it pursued its own course it would “destroy enormous shareholder value.”

Another shareholder has launched a lawsuit to try and get Tribune (or tronc) to follow through on the deal: Capital Structures Realty Advisors filed suit in a Delaware court arguing that Ferro and the rest of the board were guilty of breaching their fiduciary duty to shareholders of Tribune by rejected the Gannett offer.

The statement of claim also alleges that Ferro massively diluted the existing shareholders by issuing Soon-Shiong shares worth about 13% of the company (Tribune says “The stock sales to Merrick Media and Nant Capital were approved by the Board of Directors and will provide valuable growth capital to allow the company to execute on its new value-creating business plan).

According to a report by Bloomberg, Gannett is thinking about throwing in the towel and giving up on its acquisition bid. But that feels a little like a flag that the company is running up the flagpole to see if it can force any of tronc’s other shareholders to join the battle.

Meanwhile, media observers of all stripes had a field day responding to the company’s new name—a word that apparently means “donation box,” from the French term “tronc des pauvres” or “poor box.” You can’t make this kind of stuff up.

If you wanted to signify the pathetic nasal honks of the last dying dinosaur, "tronc" would be a pretty good word.

On the bright side, @Tegna is no longer the worst corporate media name. #Tronc

Tronc isn't anymore nutty a name than Google. But a company with a 100 year old name changing it to Tronc is this: pic.twitter.com/SzNF29qwrx

Thank god someone finally figured out the real issue with the future of newspapers: company name. Finally!