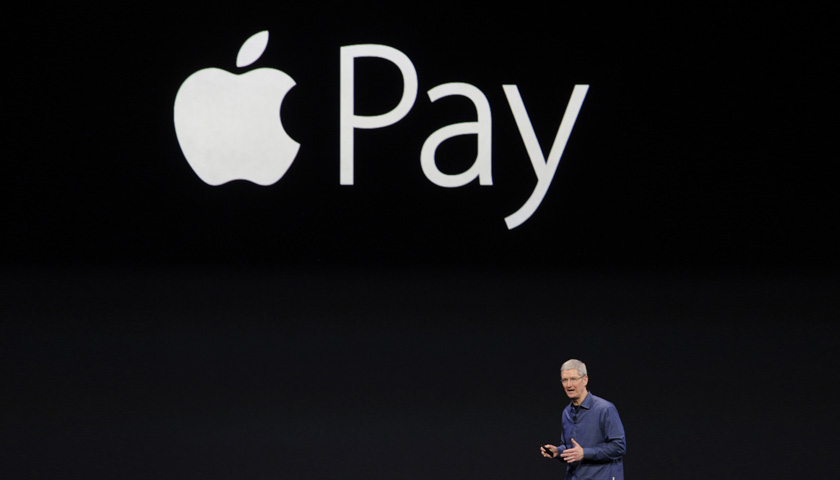 (Reuters) – More than 18 months after Apple Pay took the United States by storm, the smartphone giant has made only a small dent in the global payments market, snagged by technical challenges, low consumer take-up and resistance from banks.

The service is available in six countries and among a limited range of banks, though in recent weeks Apple has added four banks to its sole Singapore partner American Express; Australia and New Zealand Banking Group in Australia; and Canada’s five big banks.

Apple Pay usage totaled $10.9 billion last year, the vast majority of that in the United States. That is less than the annual volume of transactions in Kenya, a mobile payments pioneer, according to research firm Timetric.

And its global turnover is a drop in the bucket in China, where Internet giants Alibaba and Tencent dominate the world’s biggest mobile payments market – with an estimated $1 trillion worth of mobile transactions last year, according to iResearch data.

Anecdotal evidence from Britain, China and Australia suggests Apple Pay is popular with coreApple followers, but the quality of service, and interest in it, varies significantly.

To use Apple Pay, consumers tap their iPhone over payment terminals to buy coffee, train tickets and other services. It can be also used at vending machines that accept contactless payments.

Apple Pay transactions were a fraction of the $84.5 billion in iPhone sales for the six months to March, which accounted for two-thirds of Apple‘s total revenue.

In Australia, where Apple Pay launched a month ago, payment machines supported by one mid-sized bank reported frequent failures.

“Bendigo Bank is experiencing some unforeseen technical issues in accepting Apple Pay payments at selected merchant terminals,” a spokeswoman for the bank told Reuters, adding that a lack of wider industry engagement in launching the service limited the lead time in testing the new technology.

Facing a slowing smartphone business, Apple has taken on the payments market hoping to add ways to make its devices more appealing, and more revenue streams. Apple (AAPL) takes a cut of up to 15 cents in the United States on every $100 spent.

While it has long mastered the supply chain for its mobile devices, the payments ecosystem has proved harder to control, and banks in other countries have reportedly negotiated lower transaction fees, contributing to its slow global roll-out.

Apple nearly doubled its R&D spending to more than $8 billion in 2013-15 as it pushed out a wave of new products including Apple Watch and Apple Pay, as well as upgrades to existing hardware devices and new services.

Apple has leveraged its huge U.S. user base to push Pay, but has met resistance in Australia, Britain and Canada where banks are building their own products.

“Payments in general is such a complicated system with so many incumbent providers that revolutionary change like this was not going to happen very quickly,” said Joshua Gilbert, an analyst at First Annapolis Consulting.

The upshot: Apple has rolled out Pay in a dribble, adding countries and partners where it can – Hong Kong is expected to be added next – resulting in an uneven banking landscape with users and retail staff not always sure what will work and how.

In Britain, for example, $14 billion was spent via contactless cards last year, according to Windsor Holden, a Juniper Research analyst. That makes it harder to persuade people to take the extra step on their smartphone for the same checkout convenience.

“You have over 86 million contactless cards in circulation, you have to persuade Britons to register their cards to the (Apple Pay) service when they can already use them to make a contactless payment,” Holden said.

In Australia, where more than 60% of all card transactions are through contactless cards, reception has also been muted. A spokesman for one large retailer said he had seen “very little uptake of the payment option” in his sector. He didn’t want to be named as he was not authorized to speak publicly about the matter.

Diego Machuca, 32, banks with Apple Pay-holdout Commonwealth Bank, has an iPhone and is already “largely cashless.” He says Apple Pay is appealing, but he wouldn’t switch banks just to access that one feature. “Not over that. There’s too much work involved just for tap-and-go,” he told Reuters.

Three months after the China launch, users on online forums complained that using Apple Pay, even at popular fast-food outlets, was not as seamless as local services such as WeChat, Tencent’s messaging and mobile commerce phenomenon.

For more about Apple Pay, watch:

Nonetheless, Apple‘s approach has spurred development in several markets where the mobile payments industry had previously not taken hold – giving it the jump on rivals Google’s Android Pay and Samsung Pay.

Android Pay only launched in the United States in March and in Britain last month for use on the latest model Android phones. Samsung Pay is available in three markets; China, South Korea and the United States.