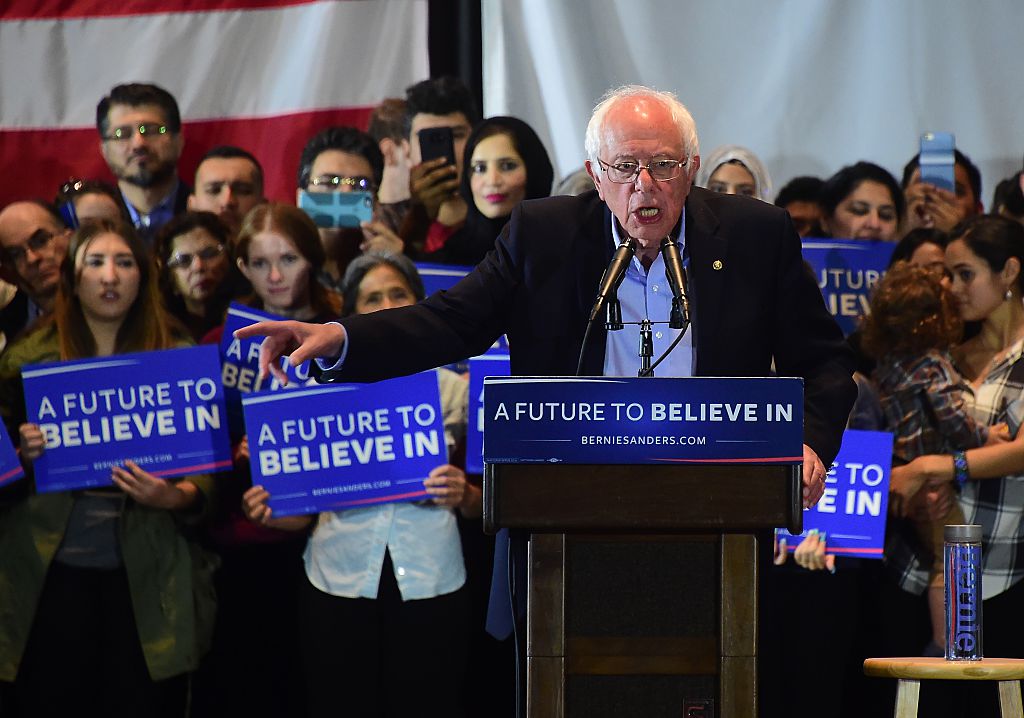 “I used that when I argued over whether or not we’d support his budget, and I believe it carried the day,” Clyburn told Fortune on Tuesday.

That example is notable, Clyburn said, because it’s an exception to the rule. Generally, party platforms don’t come up at all.

The Democratic Party’s platform is receiving extra attention this year because Sen. Bernie Sanders is pushing hard to influence it. The Vermont senator’s selection of Cornel West, an academic and vocal critic of President Obama, and pollster James Zogby, a Palestinian rights activist, for slots on the platform committee also drew attention.

Explaining why he remains in a primary fight he has almost no chance of winning, Sanders has emphasized his interest in ensuring his proposals are enshrined as party planks. He said last month that he’d monitor whether Hillary Clinton adopts “many of the ideas that I think are extremely popular and I think very sensible.” He wants the party to adopt his calls to break up Wall Street banks, ban fracking, and raise the minimum wage to $15 per hour.

Sanders’ effort to push those ideas is logical. He ran for president to push his positions. But his emphasis on the platform is curious. The best way for Sanders to affect policy is to influence the plans of the likely next president, Hillary Clinton.

Sanders has partially achieved that already. Most people outside Clinton’s campaign considered her 2015 announcement of opposition to the Trans-Pacific Partnership trade pact a calculated election year move influenced by Sanders’ vociferous opposition to trade deals. By proposing to allow Americans to buy into Medicare and in voicing partial support for a $15 minimum wage, Clinton took positions that can at least be construed as aimed at minimizing her differences with her opponent on progressive issues.

The best case for caring about the party platform is that it can codify such positions and provide a means to later pressure the president. There is, however, scant evidence that White House occupants care what their platform included after they’re elected.

“I don’t know of any president who before making a tough decision said, ‘I better consult with the platform committee,’” New York Democratic Rep. Steve Israel told Fortune.

The platform binds neither the presidential nominee nor any of the party’s candidates once they’re in office. It has symbolic value but no power. Clyburn’s real leverage with Bill Clinton was his budget vote, not a piece of paper.

Faced with Sanders’ disproportionate attention to a nonbinding document, commentators have said it is important because Democrats have made it matter by focusing on it. But many aren’t.

“I’ve never read the platform,” Massachusetts Democratic Rep. Mike Capuano said. “It’s a tempest in a teapot. I am not beholden to the Democratic platform. I don’t know anybody who is.”

“But it’s important to some people,” Capuano added.

Former Massachusetts Rep. Barney Frank, who helped write the Democrats’ 2012 platform, told Slate: “I don’t remember what was in it.”

Clinton has signaled a willingness to compromise with Sanders on the platform. Her campaign agreed to let him name five of the 15 platform committee members. Clinton gets six, though the four appointed by Democratic National Committee Chairwoman Debbie Wasserman Schultz might as well be Clinton picks.

If Sanders forced Clinton to the left, it was because she felt compelled to shift to win votes. Her future adherence to the resulting positions depends solely on whether she feels continues to feel political pressure.

The platform is, at best, a handy document to cite when pushing for legislation, as long as the actual political leverage comes from elsewhere. At worst, it’s just an excuse for Sanders to keep fighting.

By July, Sanders will have been running for president for 14 months. He has far exceeded expectations, but he has alienated many Democrats who take issue with his attacks on Clinton. Sanders’ explanations for his run and persistence have shifted. He has said he’s running to win, but also to push the party to the political left. Critics say his bid boils down to self-promotion. If Sanders wants to explain why he is still fighting, influencing the platform at least offers a tangible explanation.

Clyburn, now the third-ranking Democrat in the House, said Tuesday that he is not worried about who Sanders puts on the platform committee.

“It makes no difference,” Clyburn said. “Let them talk and we’ll vote later.”