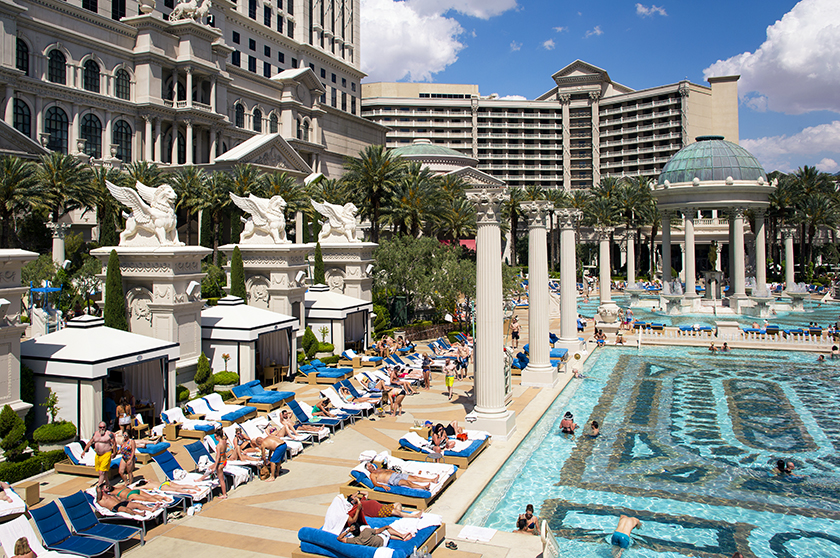 The rider would have more explicitly defined something called the Trust Indenture Act of 1939, an arcane piece of bankruptcy law that was designed to protect minority shareholders in out-of-court restructurings. A couple of recent court rulings had argued that the law should be interpreted fairly broadly, in that issuers should be prevented from not only legally impairing principal or interest payments without bondholder assent, but also from practically doing so via asset stripping and other feats of financial engineering. What Reid and Caesars wanted was to codify Congressional intent narrowly (and retroactively), arguing that the broader interpretations could empower just one or two small and disruptive bondholders to the detriment of the “held up” company, its employees, customers and other bondholders.

Reid ultimately relented, but Fortune has learned that this bill is anything but dead. Several letters are circulating through Congress right now arguing that the TIA needs amending, including one from the Chamber of Congress (dated 3/31/16) and from the Colorado Oil & Gas Association (dated 3/7/16).

There also is an unsigned letter that explicitly goes after one of Caesars’ junior bondholders, Oaktree Capital Management, asserting that the investment firm (via attorneys at Milbank Tweed) preferred a narrower interpretation of TIA during what became known as the Marblegate case (in which Oaktree was a senior bondholder, and ended up on the wrong side of the judge’s decision). My best guess is this letter was authored by someone close to Caesars ― even though it also speaks to a handful of recent energy company restructurings ― and basically paints Oaktree as willing to fight for whichever side of the TIA argument is paved with potential profits.

The only trouble is that Oaktree disputes the unsigned letter, with a firm spokesman telling Fortune that: (a) “Oaktree was not involved in the drafting of the brief filed by Milbank Tweed;” and (b) “Oaktree ceased to actively participate in the steering committee of term loan lenders represented by Milbank Tweed some time before the filing of the brief, and its formal termination as a member of the committee came a week or so after the filing. That termination disassociated Oaktree from the brief and Oaktree has had no involvement in the Marblegate/Education Management litigation since that time.”

It also is worth noting that Oaktree has a lot more on the line with Caesars than it did with Marblegate. That latter case related to $217 million in bonds held by Oaktree and others, while a court-appointed bankruptcy examiner recently found that Caesars (and, indirectly, its private equity backers) could be found liable for paying out between $3.6 billion and $5.1 billion to its dissenting creditor group (largely due to Apollo-orchestrated asset-shifting that, arguably, contravened the broader interpretation of TIA).

The unsigned letter, which seems to have been widely-circulated, also pushes for expedited action:

“It is not necessary for Congress to introduce stand-alone legislation or hold public hearings when it is simply acting to overturn rogue court decisions by restoring well-established law, especially when such decisions introduce an alarming new risk to markets.”

There had been some talk that the new TIA rider would get added to the Puerto Rico rescue bill, but that didn’t come to pass. Maybe because that particular piece of legislation required a lot of partisan balancing, and no one wanted to complicate matters by adding an unrelated rider that would have generated headlines about bailing out a couple of giant buyout firms (yeah ― that would have trumped narratives about helping save energy sector jobs).

So advocates are looking at the limited number of remaining bills in this Congressional year, to find the best staple base. Actually reforming the corporate bankruptcy process ― the absurd length of which is why this is arguably an issue in the first place ― is, of course, not on the table.