Major Health Insurers Anthem and Cigna Might Not Merge After All 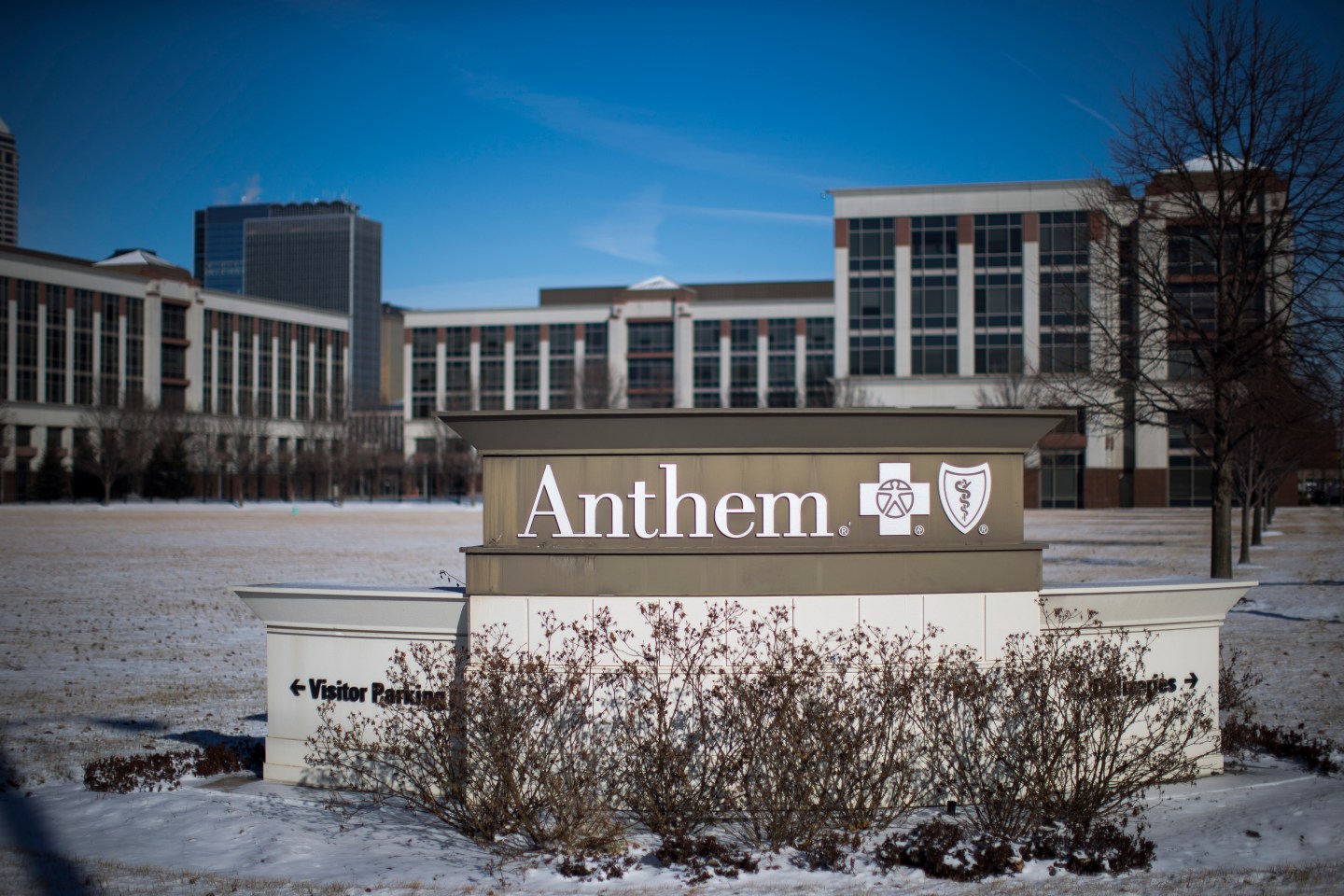 INDIANAPOLIS, IN - FEBRUARY 5: An exterior view of an Anthem Health Insurance facility on February 5, 2015 in Indianapolis, Indiana. About 80 million company records were accessed in what may be among the largest healthcare data breaches to date. (Photo by Aaron P. Bernstein/Getty Images)
Photograph by Aaron P. Bernstein — Getty Images

Wall Street expressed growing doubts about a pending $54 billion merger of U.S. health insurers Anthem and Cigna on Monday as news of management squabbles added to concerns over its review by antitrust regulators.

“The market is telling you that it feels the probability of the deal is significantly less than 100%,” Morningstar analyst Vishnu Lekraj said in a telephone interview. He declined to provide his own probability forecast.

Leerink Partners analyst Ana Gupte on Monday estimated the deal had a less than 50% chance of closing, down from her previous view of 70%. She also lowered her stock price targets on both companies.

Anthem’s bid for Cigna followed close on the heels of Aetna’s (AET) proposed $34 billion purchase of Humana (HUM). The two transactions would mark an unprecedented consolidation of the U.S. health insurance market to three major players from five.

Anthem and Aetna argue that they need the greater scale to help curb mounting U.S. healthcare costs, both for hospital services and pharmaceutical prices. Both deals have faced close scrutiny from state and federal regulators over concerns that they may raise insurance costs for customers.

In recent weeks, healthcare analysts have said they were more confident that Aetna could win approval for its Humana deal. They question whether Anthem and Cigna, which both compete for business from large U.S. employers who provide health coverage for their workers, would be able to satisfy antitrust concerns.

On Sunday, the Wall Street Journal reported that Anthem and Cigna were arguing behind the scenes over several issues, including a lawsuit by Anthem against pharmacy benefits manager Express Scripts Holding, and submissions of information to antitrust regulators reviewing the deals.

“If the two companies are in a state of conflict, it makes an already challenging transaction very difficult,” Gupte said in a telephone interview. But the bigger issue, she said, was that the companies’ Fortune 500 clients might not be on board with the deal, based on feedback from antitrust and policy experts advising the government.

Lekraj said he believed Anthem and Cigna still felt the need to get the deal done to maintain profits as the government worked to trim healthcare costs and lower reimbursement rates.

“The Justice Department will ultimately approve the deal as long as management teams can get along and keep the deal intact, and egos don’t work their way into the situation,” he predicted.