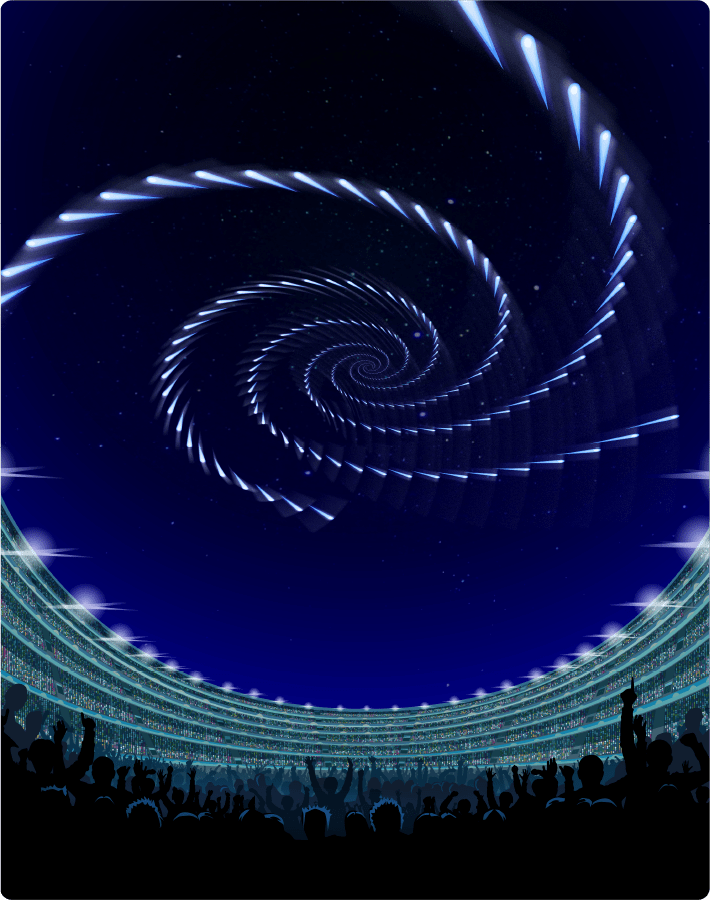 Japan’s ALE, which describes itself as “a pioneer of space-age entertainment,” has a flashy plan. The company wants to launch a series of microsatellites into orbit, which will in turn release hundreds of small particles towards earth. Those particles, ALE says, will ignite on impact with the atmosphere, generating a controlled meteor shower.

Tech Times reports that the company is aiming to ready the concept for the 2020 Tokyo Olympics, and it would probably be the most ambitious fireworks display in Olympic history.

The display, which ALE calls “Sky Canvas,” would require precise coordination, as ALE says the particles would travel about a third of the way around the Earth before impacting the atmosphere and putting on their show. The display could include many different colors, generated by different materials in the released particles.

The project is an intriguing example of the possibilities opened up by the falling price of access to space, spearheaded by companies like Elon Musk’s SpaceX. The cost of building and launching a single microsatellite can run above $100,000, and ALE’s meteor-pellets reportedly cost over $8,000 each. That seems like an expensive fireworks show—until you remember that a 30 second Superbowl ad costs $5 million.

For more on commercial space, watch our video:

ALE founder Lena Okajima is clearly a believer in the privatization of space more generally, writing that the project is fueled by a desire to support astronomical research through a for-profit business. According to Phys.org, the project has real scientific value because the band of the earth’s atmosphere where the artificial meteors would light up is difficult to reach by either spacecraft or balloons. ALE’s displays could generate data on temperature and other features of the zone.

There are some dystopian potentials here, though. ALE suggests that in addition to controlling particles’ color, it will eventually be able to draw pictures and display words on the surface of the atmosphere. And that can only lead to one thing—inescapable outer-space advertising.