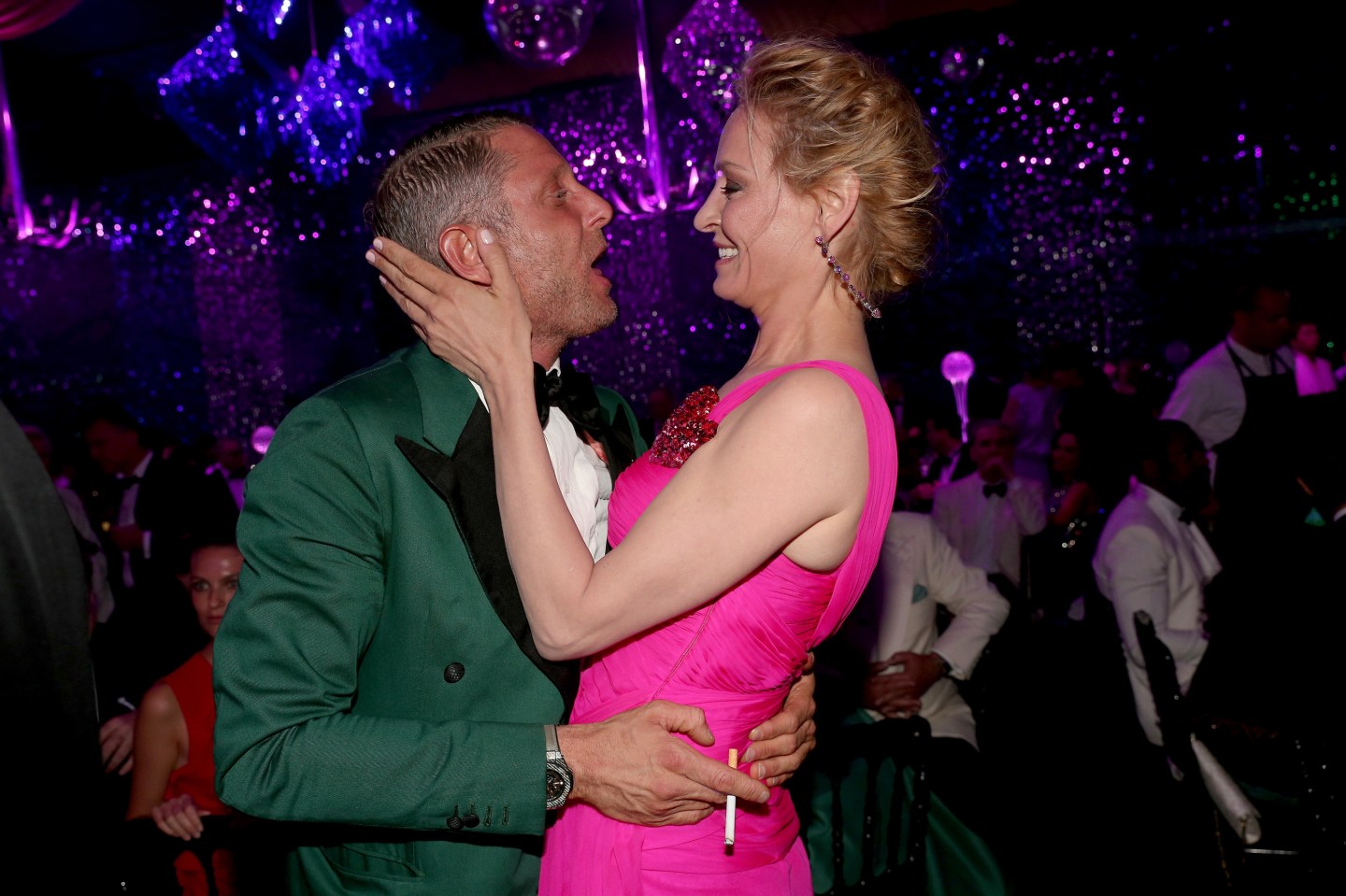 This story originally ran on People.

Uma Thurman served as the auction host for Cannes Film Festival’s annual amfAR event on Thursday, but a kiss from a high-profile guest left her feeling “very unhappy” and “violated.”

Thurman, 46, shared an eye-catching kiss with Italian entrepreneur Lapo Elkann to celebrate his $196,000 auction prize. The two were seen in photos in a lip-lock following his win as the rest of the room watched on.

Thurman’s rep, Leslie Sloane, tells PEOPLE the actress was not in on the stunt and felt “violated” by the kiss.

“It is opportunism at its worst. She wasn’t complicit in it,” Sloane said in a statement. “Somewhere in his head he must have thought it an appropriate way of behaving. It clearly wasn’t.”

“She is very unhappy that this happened to her and feels violated,” she continued.

Sloane added that she is aware that there is a video tape of the incident and has requested that amfAR provide her with it.

Lapo, the former CEO of Fiat automobiles and scion of Italy’s famed Agnelli family, took home the Victoria’s Secret Fashion Show experience, which included two tickets to both the show and exclusive afterparty. He also donated a customized Ferrari to be included in the auction. An impressive lineup of A-list celebs stepped out for the event, including Katy Perry, Kirsten Dunst and Heidi Klum.

Leonardo DiCaprio, who dropped $95,000 for a Mongolian expedition at theamfAR charity auction in February, was among the speakers at the gala.