Levi Strauss and Google’s New Jacket Will Rule Your Smartphone 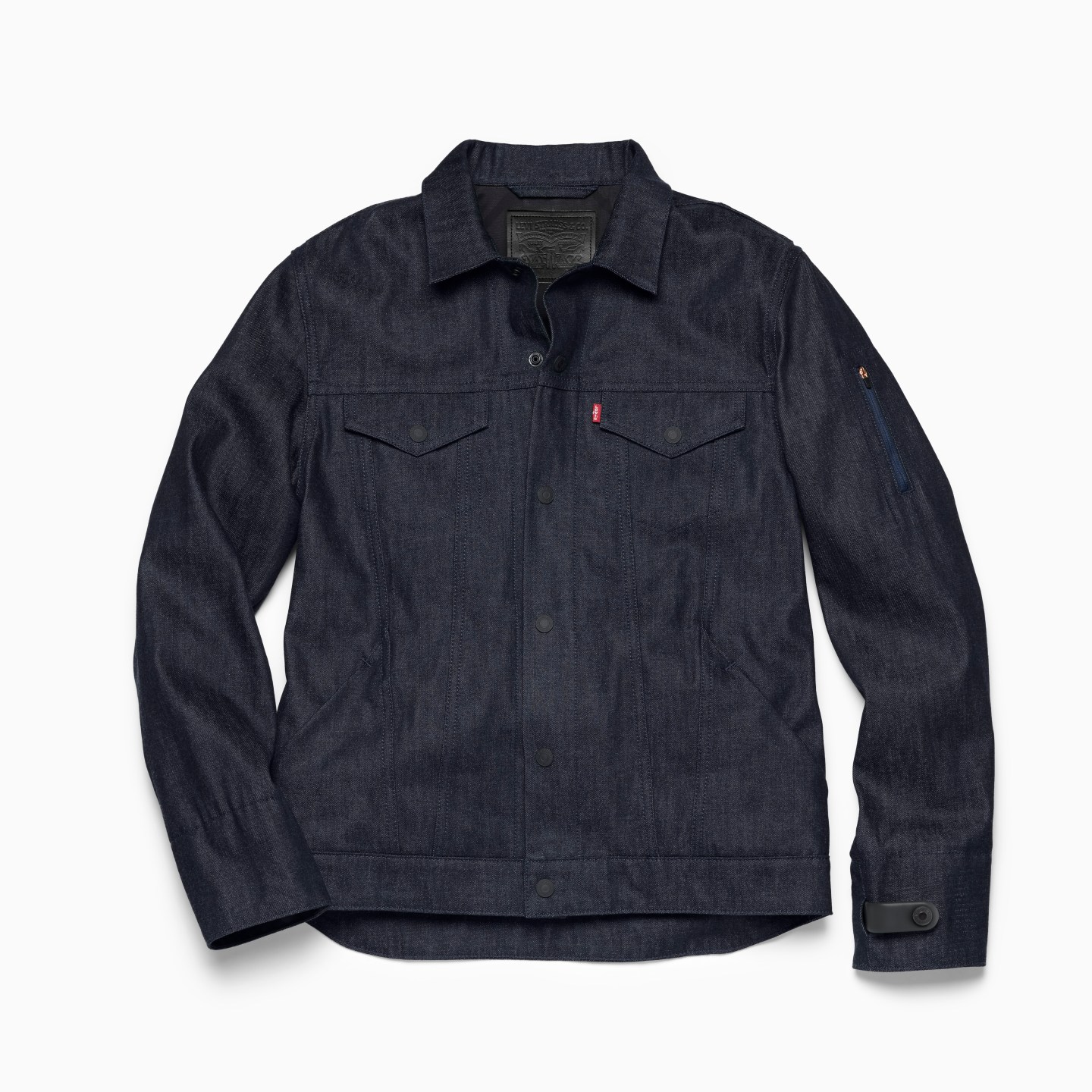 If you’ve ever wanted to swipe your sleeves to control the volume of your phone from your jacket, you’re in luck.

Google and Levi Strauss said on Friday that they developed a new jacket loaded with electronics as well as touch and gesture controls. These technologies let users interact with their smartphones by swiping at the garment in various ways.

Dillinger explained that the jacket is aimed at cyclists who may be too busy riding and concentrating on their surroundings to reach into their pockets and fiddle with their phones.

Additionally, the entire jacket is apparently waterproof—except for a detachable electronic smart tag that activates a wireless connection between the clothing and a mobile device.

“If you get this thing dirty, you put it in the washing machine,” said Dillinger.

The new jacket is powered by Google’s Project Jacquard technology developed by the Internet giant’s Advanced Technology and Projects Group. Google and Levi first said they were developing a new gesture-controlled jacket during the Google’s developer conference in 2015.

Google said its Project Jacquard technology involves conductive yarn that can be interwoven with traditional fabrics. With that conductive yarn placed throughout a garment in grid-like patterns, Google can essentially designated small areas on clothing that could act like touch screens.

Dillinger said that if people want to answer phone calls or control music on their phone, it “can be done with a swipe” of the garment. A video demonstration of a bicyclist wearing the jacket in action showed how a small swipe of the jacket’s sleeves could either trigger a song to play or a decline to answer a phone call.

Google and Levi did not say how much the jacket would cost, but it should be available in spring 2017 at Levi’s stores and its online store.

What’s next? Self-drying jackets, anyone?