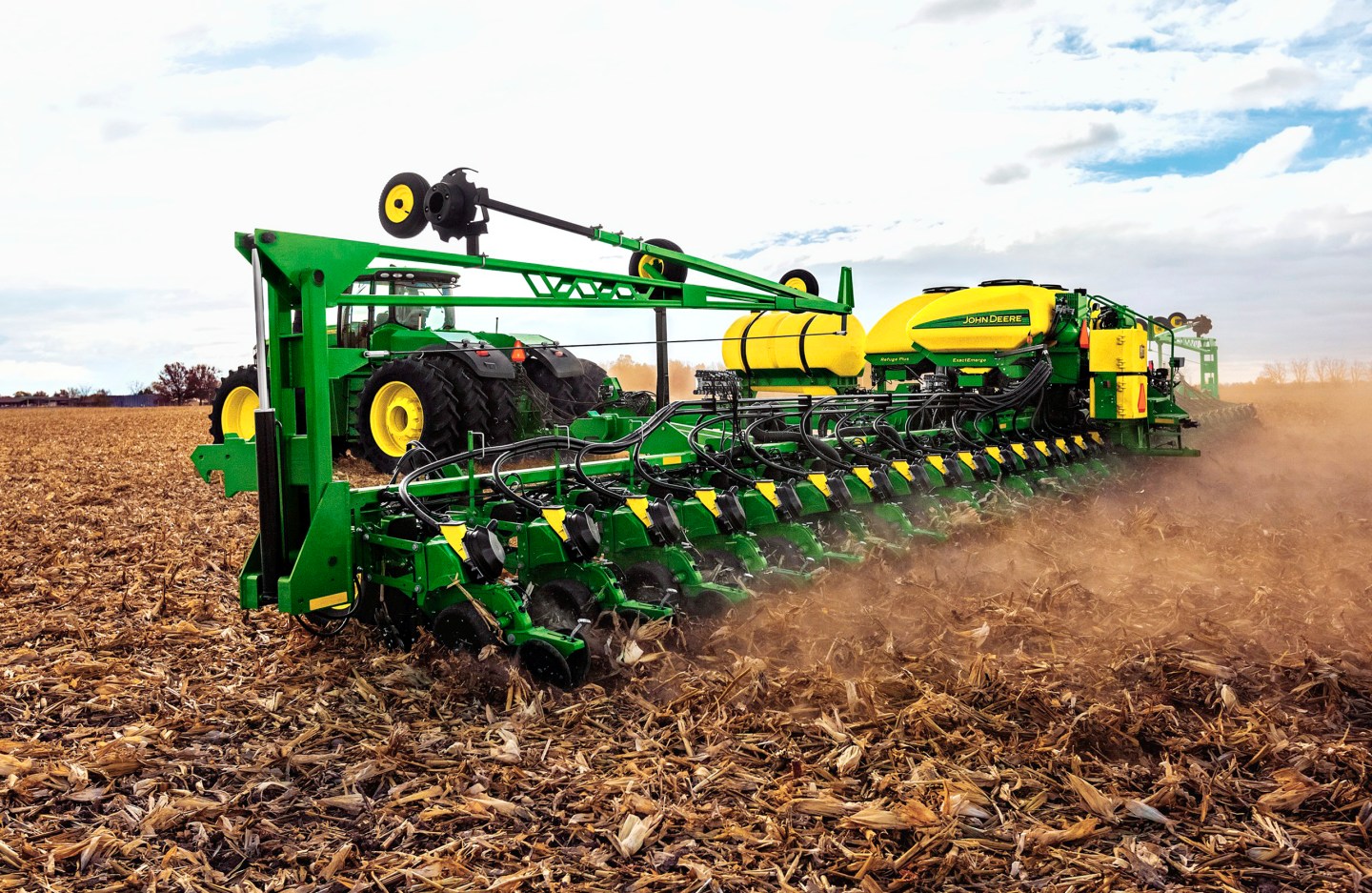 Deere & Co cut its profit outlook again and reported a decline in quarterly earnings on Friday as a global farm recession and weak construction equipment markets led to lower sales of the company’s machinery.

Deere reduced its fiscal-year net income forecast to $1.2 billion from $1.3 billion. Its shares fell 3.8 percent to $79.10 in early trading as investors shrugged off higher-than-expected earnings and revenue for the second quarter ended on April 30.

In 2015, the company had forecast net income of $1.4 billion for this fiscal year.

“Given these industries are already under significant pressure, … the opportunity to offset higher costs with price increases is likely very limited,” Duignan wrote in a research note on Friday.

Deere also forecast a fiscal-year sales decline of 9 percent, less steep than the 10 percent it had previously expected.

Analysts on average had expected $461.46 million, according to Thomson Reuters I/B/E/S.

Net revenue decreased by 4 percent to $7.88 billion, while analysts had expected $6.72 billion.

In the agriculture and turf segment, the larger of Deere’s two equipment businesses, sales were flat at $5.7 billion. Global sales in the construction and forestry segment fell 16 percent to about $1.4 billion.

Deere forecast industrywide agricultural equipment sales to decline 15 percent to 20 percent in the United States and Canada and to be flat to down 5 percent in the European Union in 2016 due to low commodity prices and stagnant farm income. It expects the high horsepower category to show the steepest drop.

Economic and political turmoil in Brazil is likely to push industry agricultural equipment sales down about 15 percent to 20 percent in South America, Deere said. It forecast flat to slightly lower sales of those products in Asia, citing the weak Chinese economy.