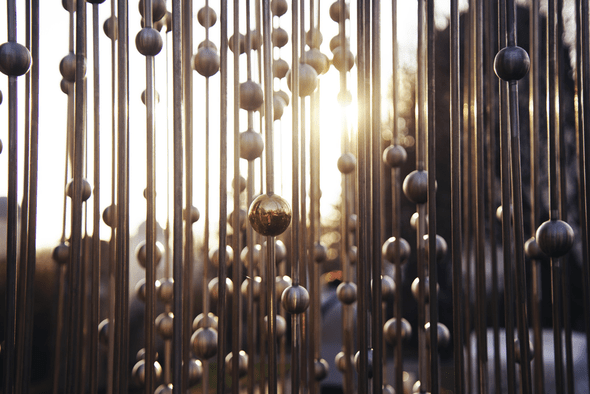 Despite a Google Doodle in her honor last November, Hedy Lamarr is still mostly known as a Hollywood bombshell of the 1930s and 1940s. But she was also a tech genius who helped pioneer technology that now underlies the Wi-Fi, Bluetooth, and cell phone networks we use every day.

That “frequency-hopping spread spectrum technology” was used to secure sensitive U.S. transmissions during the Cuban missile crisis and, as noted above, went on to do a lot more in the consumer realm.

Yet Lamarr, who died 16 years ago, was buried in an unmarked grave in Vienna. She had received no compensation and little credit for the work she did with her neighbor George Anthiel in developing this very important technology.

For more, read: Hedy Lamarr Gets Her Due for Engineering Smarts

Her grave site has since been commemorated but funding for that work was lacking. Now Fund Dreamer and Reframed Pictures, Susan Sarandon’s production company, are backing a campaign to pay for the memorial. In a statement, Sarandon noted:

This is the story of a Hollywood actress, defined by her appearance, who was secretly a brilliant inventor and helped change the course of history, Until recently, Hedy Lamarr has laid in an unmarked grave in the Vienna Central Cemetery.

The grave-side memorial incorporates 88 steel rods representing the 88 frequencies in Lamarr’s patented frequency hopping technology. Those rods, when viewed from the right angle, generate an illusion of Lamarr’s face.

If you use Wi-Fi, thank Hedy Lamarr. For more, watch:

Katherine Drew, who is producing a documentary on Lamarr, launched the campaign to help Lamarr’s son Anthony Loder pay for the memorial’s installation.

This story was updated at 2:45 p.m. EDT to reflect that the memorial has already been built..