NFL Will Return More Than $700,000 to Taxpayers for Patriotism Events 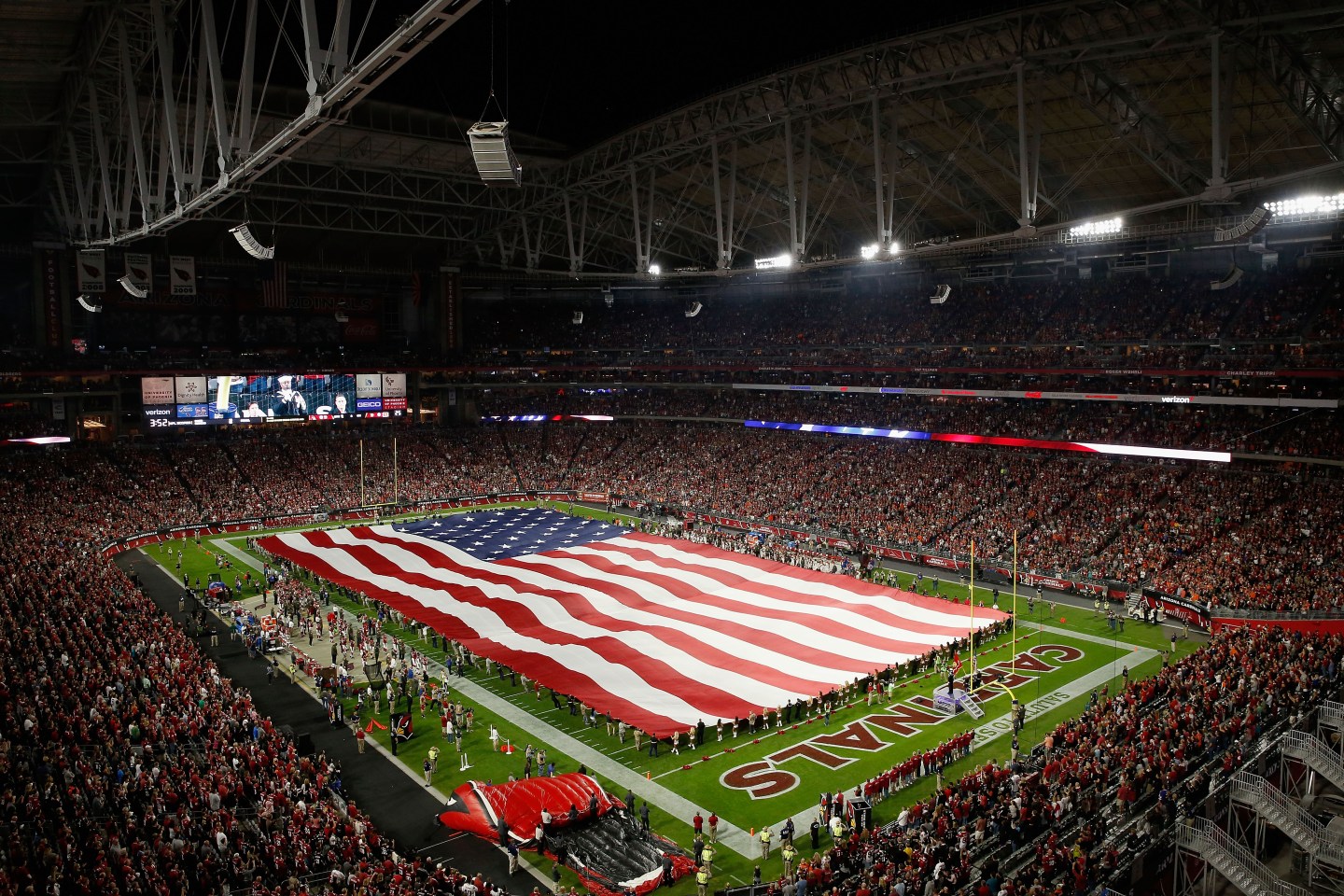 GLENDALE, AZ - NOVEMBER 22: An American flag covers the field during the National Anthem before the NFL game between the Cincinnati Bengals and the Arizona Cardinals at the University of Phoenix Stadium on November 22, 2015 in Glendale, Arizona. (Photo by Christian Petersen/Getty Images)
Christian Petersen Getty Images

The National Football League is returning the more than $700,000 it received from the U.S. Defense Department used to honor the military.

In a letter to Arizona Sens. John McCain and Jeff Flake on Thursday, NFL Commissioner Roger Goodell wrote about the decision to return funds totaling $723,734 to taxpayers for events that celebrated members of the armed forces at games, USA Today reported.

The move comes after McCain and Flake penned a report in November slamming the league for effectively taking money from taxpayers to fund the events, dubbed “paid patriotism.” In the past, Goodell said he would return money for the staged tribute events, according to Sports Illustrated.

“In all the years I’ve spent rooting out egregious federal spending, the NFL is the first organization to perform due diligence, take responsibility and return misspent funds to the taxpayers,” Flake said, according to the publication. “The NFL’s response to this investigation sets a new standard and only strengthens its reputation as a supporter our nation’s military service members and veterans.”

According to USA Today:

Auditors attempted to determine what portion of the contracts went toward legitimate recruiting promotion and how much was for activities honoring the troops. Goodell said the auditors erred on the side of counting the payments as going toward honoring the troops.

In total, the Defense Department is said to have given NFL teams about $5.4 million from 2011 to 2014 with some of that funding used for acts of “paid patriotism,” according to ESPN.

“In order to ensure that military appreciation activities remain separate from military recruitment efforts in the future, the NFL will include an assessment of marketing contracts in our regular internal audit reviews,” Goodell wrote in the letter.