McDonald’s Japan Is Giving Away Fries Made From Real Gold 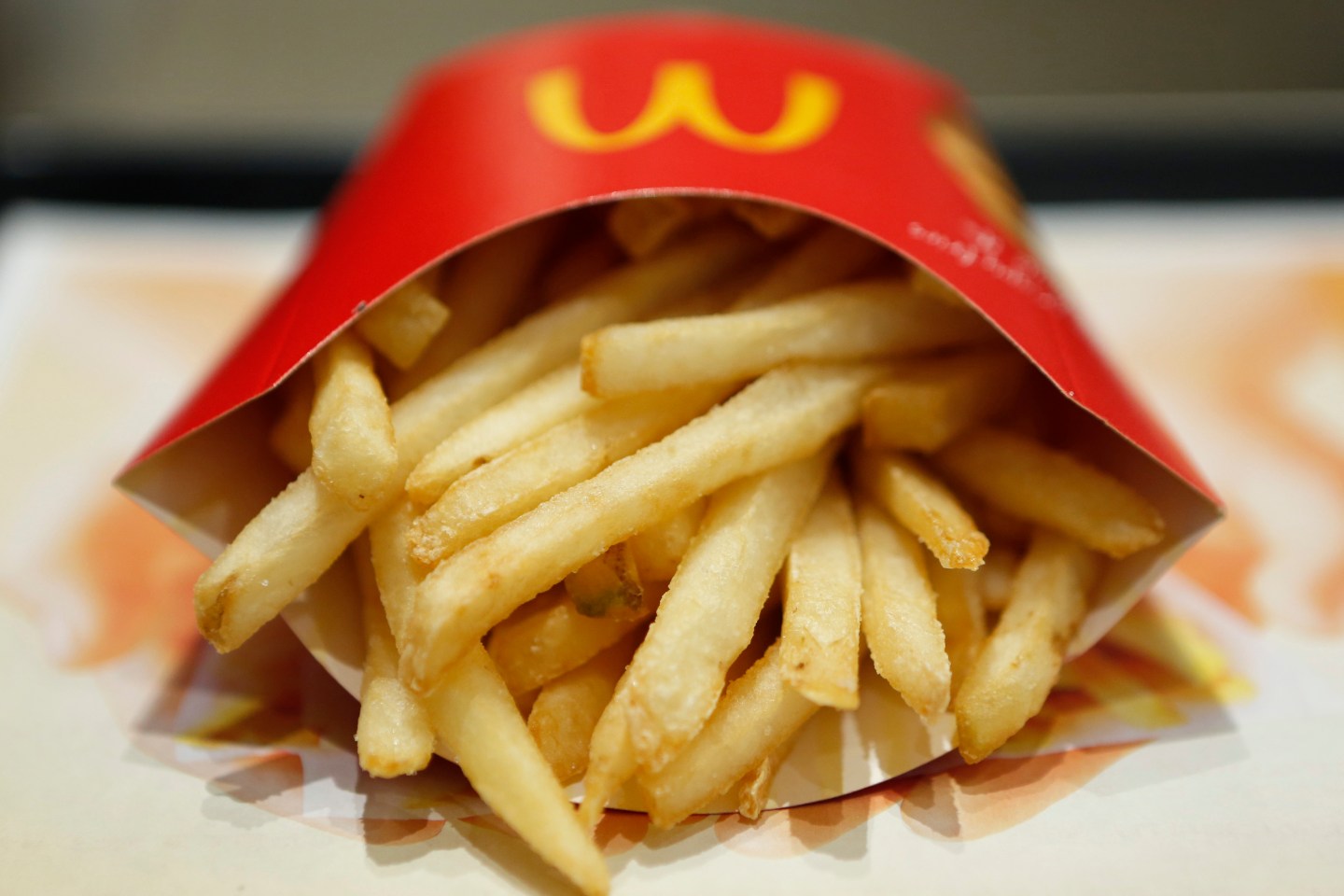 For one lucky customer in Japan, McDonald’s (MCD) is giving away fries made out of gold.

The fast food chain has unveiled a contest in the country that comes with the unorthodox prize, as reported by Grubstreet. To win, customers are asked to download an app on their smartphones and snap photos of things that resemble french fries (think: strips of paper, pencils, etc.). Next, the entrants use a special filter provided by the app to place an item inside a McDonald’s-branded container for fries. One customer will apparently be deemed the winner by lottery, but entrants need to act fast: it ends on June 7.

Here’s an image of what the golden fries prize may look like, according to a mock-up image posted on McDonald’s Japan’s Twitter:

The wacky contest isn’t the only gimmick used by McDonald’s in the region. In fact, Japan has sold a Bic Mac with three times the meat dubbed a “Giga Big Mac,” as reported by Fortune in April. In February, Fortune reported that McDonald’s Japan posted its first profit in three years. In 2015, however, it reported a loss of 34.7 billion yen, or over $300 million.

Here are some examples of contest entries:

Fortune has reached out to McDonald’s for more details.