The Next CEO of BlackRock May Come From Canada 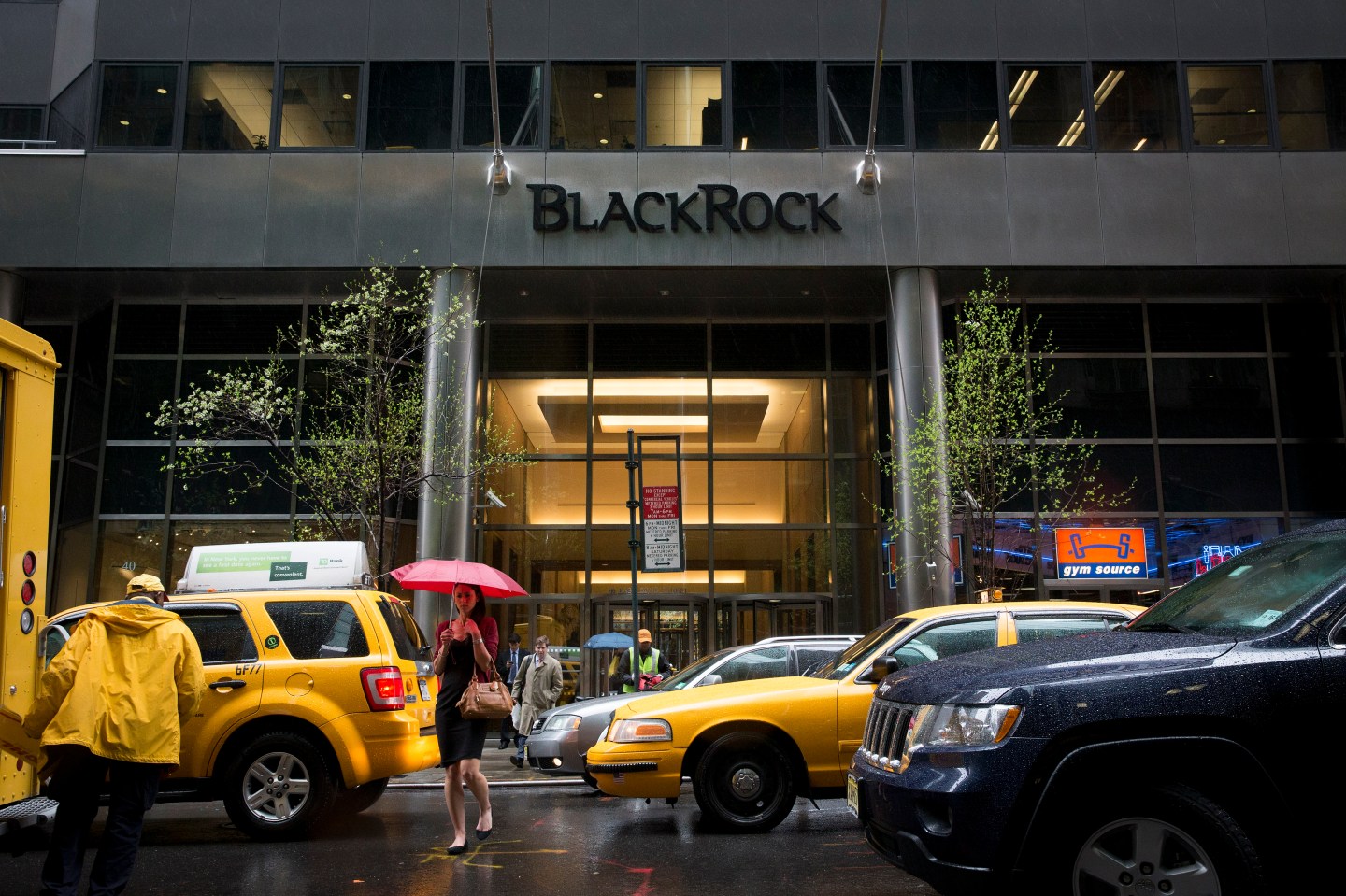 Pedestrians walking with umbrellas pass by taxi in front of BlackRock Inc. offices in New York, U.S., on Friday, April 12, 2013. BlackRock Inc. predicts Canadian 10-year benchmark bond yields may fall to the lowest since at least the 1950s as a sputtering economy douses expectations the Bank of Canada will increase borrowing costs this year. Photographer: Scott Eells/Bloomberg via Getty Images
Photograph by Scott Eells — Bloomberg via Getty Images

Mark Wiseman, 45, who has transformed the Canada Pension Plan Investment Board (CPPIB) into one of the world’s most active dealmakers over the past four years, will step down next month and become head of BlackRock’s global active equity business in September. Wiseman will be replaced by Mark Machin, the head of CPPIB’s international operations.

He will be one of a much smaller subset of those people with oversight over investing teams, taking over a group within the executive committee focused on investments, according to a statement.

He will also oversee some 350 portfolio managers and other staff responsible for $275 billion in investments. New York-based BlackRock (BLK) managed $4.7 trillion on March 31.

Fink has been working with Wiseman on a group called Focusing Capital on the Long Term, which has advocated that institutions invest more of their money with companies whose executives show a dedication to long-term success, rather than appeasing markets every quarter.

Wiseman joins the company during an unsettled period for active money managers. Markets and a trend toward low-cost passive investing have conspired to make the business of managing and selling actively managed stock funds a zero-sum game. BlackRock’s relative investment performance slipped last quarter, according to its own metrics.

In a bid to boost its performance, BlackRock has scoured the industry for top managers and invested in technology, as well as what it calls a “scientific” active equity business that mines reams of data for insight on which stocks to pick.

During a reshuffling announced in January, Fink and Kapito combined the previously separate scientific and “fundamental” teams under four managers after the departures of their two prior leaders.

A sign of how much of a priority the unit is for the company, the unit’s leaders since then – Chris Jones, Nigel Bolton, Raffaele Savi and Jeff Shen – reported directly to Kapito. Bolton, Savi and Shen will become co-chief investment officers of the unit, while Jones is leaving BlackRock, a spokesman said.

While BlackRock benefits from the low-cost trend through its index funds and a booming iShares exchange-traded funds franchise, those strategies can be less profitable.

Wiseman will also become chairman of BlackRock Alternative Investors, a smaller, but highly-lucrative group of BlackRock investments, including its hedge funds and infrastructure business.

Under Wiseman’s leadership, CPPIB has increased its exposure to those kinds of assets to counter volatile markets and low-yielding government bonds.

BlackRock’s alternatives business will still be run day-to-day by Mark McCombe, another senior managing director, and his colleague Matt Botein, but BlackRock said in a statement that Wiseman will help develop new investment strategies and clients.

Wiseman has raised the global profile of CPPIB, turning it into one of the first ports of call for investment bankers selling assets. He has overseen a broad range of investments abroad, including the $12 billion acquisition of GE Capital’s private equity lending portfolio. He is also a passionate advocate of long-term investment strategies.

Machin, Wiseman’s replacement, joined CPPIB in 2012 after spending two decades at Goldman Sachs, spear-heading their operations in Asia before departing the investment bank.

Machin said his appointment will not result in any change in strategy for the institution.

“I was one of the senior team who developed the strategy. It’s something I believe in, there will be no change at all,” he said.

Machin’s appointment comes at a time when the percentage of the CPP Fund invested outside of Canada has risen to approximately 81 percent, with geographic diversification being a key factor behind its growth.

Machin will continue to head CPPIB’s Asia and International businesses until a successor is identified, the fund said.

“There is no doubt that overseas investing is crucial for a plan like CPP, with a lot of exposure to the Canadian economy, and Mark’s deep experience in this area, no doubt, played a role,” said Donald Raymond, CPPIB’s former chief investment strategist, who worked with Machin before joining alternative investment company Alignvest.