It’s Hard Out Here for a Voter: Dealing with The Trump Effect 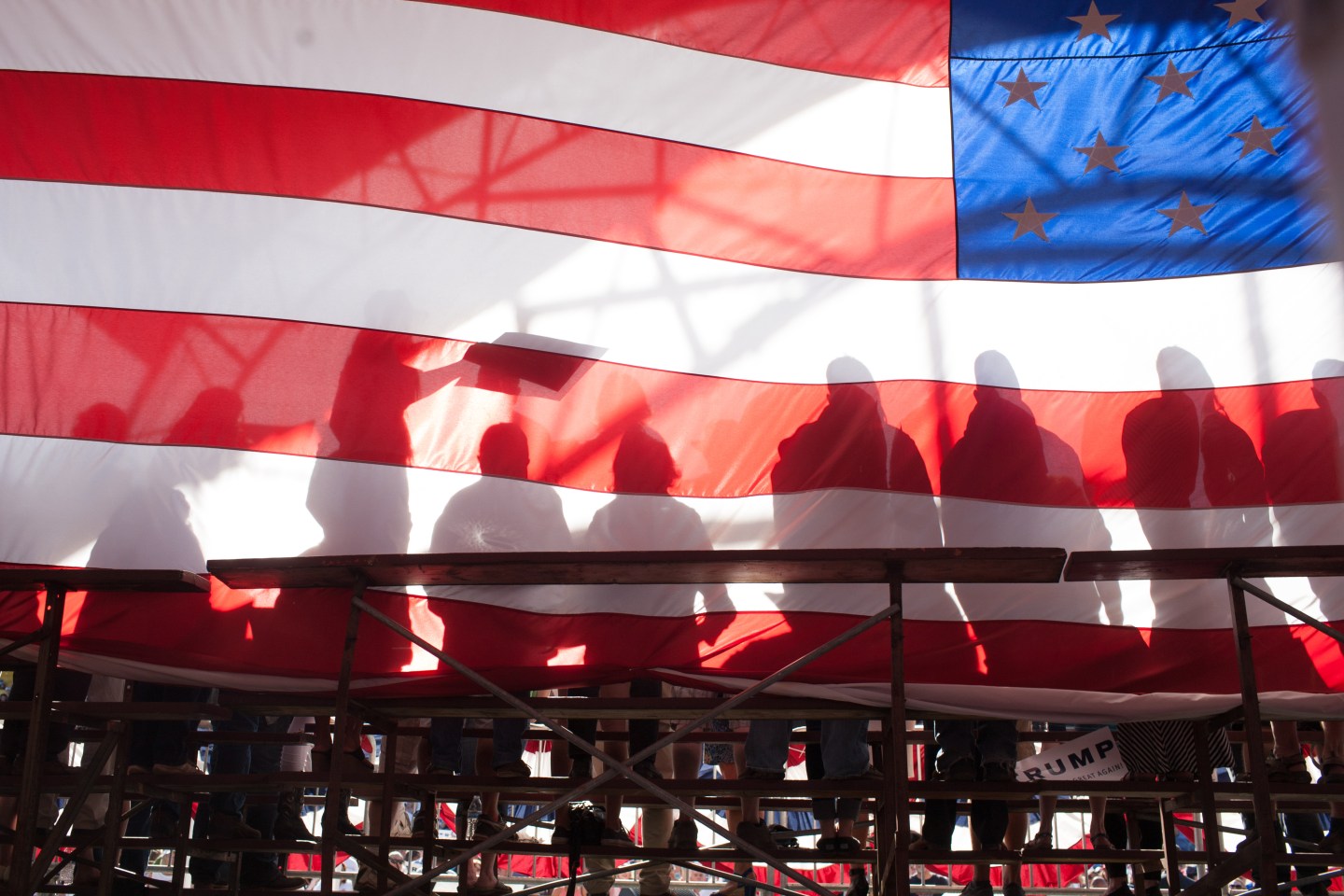 With its deeply divisive rhetoric, violent rallies, and increasingly fractious coalitions of supporters, this primary season has been been unusually stressful. It’s hard out here for a voter.

But it’s even harder for kids. A recent survey of 2,000 teachers conducted by Teaching Tolerance, the education arm of the Southern Poverty Law Center, found that elementary and middle school teachers were having trouble talking about the election with their students, citing the harsh racist and anti-immigrant language coming from the Republican candidates. The report is called The Trump Effect, and the stories shared by the classroom teachers are chilling. “[The campaign is] producing an alarming level of fear and anxiety among children of color and inflaming racial and ethnic tensions in the classroom.”

Subscribe to raceAhead, Fortune’s newsletter on culture and diversity in corporate America.

It doesn’t take much of a cognitive leap to imagine that many first-time and young adult voters are feeling similarly anxious these days, as adult versions of schoolyard fights play out on Facebook and Twitter – or perhaps at the company happy hour.

But there are some interesting voting dynamics to consider. First, there are more young voters than ever before. According to an April 2016 Pew Research Center analysis, for the first time ever, the cohort of millennial voters (age 18-35) are nearly equal to the baby boomer block – 69.2 million and 69.7 million people, respectively. Nearly one in three eligible voters will likely be a person of color. And of the record 27.3 million Hispanic eligible voters this year – again, from Pew – nearly half of them will be millennial, a bigger share than any other racial group.

“Latinos are more and more the face of our country’s future,” says Maria Teresa Kumar, the co-founder of Voto Latino a social justice and leadership development organization that focuses in part, on voter registration and engagement. “And with the average Latino being only 27 years old, there is a need for voices that truly represent our community.” She breaks it down another way. “The average U.S. Senator is a white 72-year-old male and this means that even their grandchildren, who are likely of college age, haven’t grown up in this new, diverse America. This disparity only exacerbates the disconnect between the decision-makers and those experiencing America’s biggest challenges every day.”