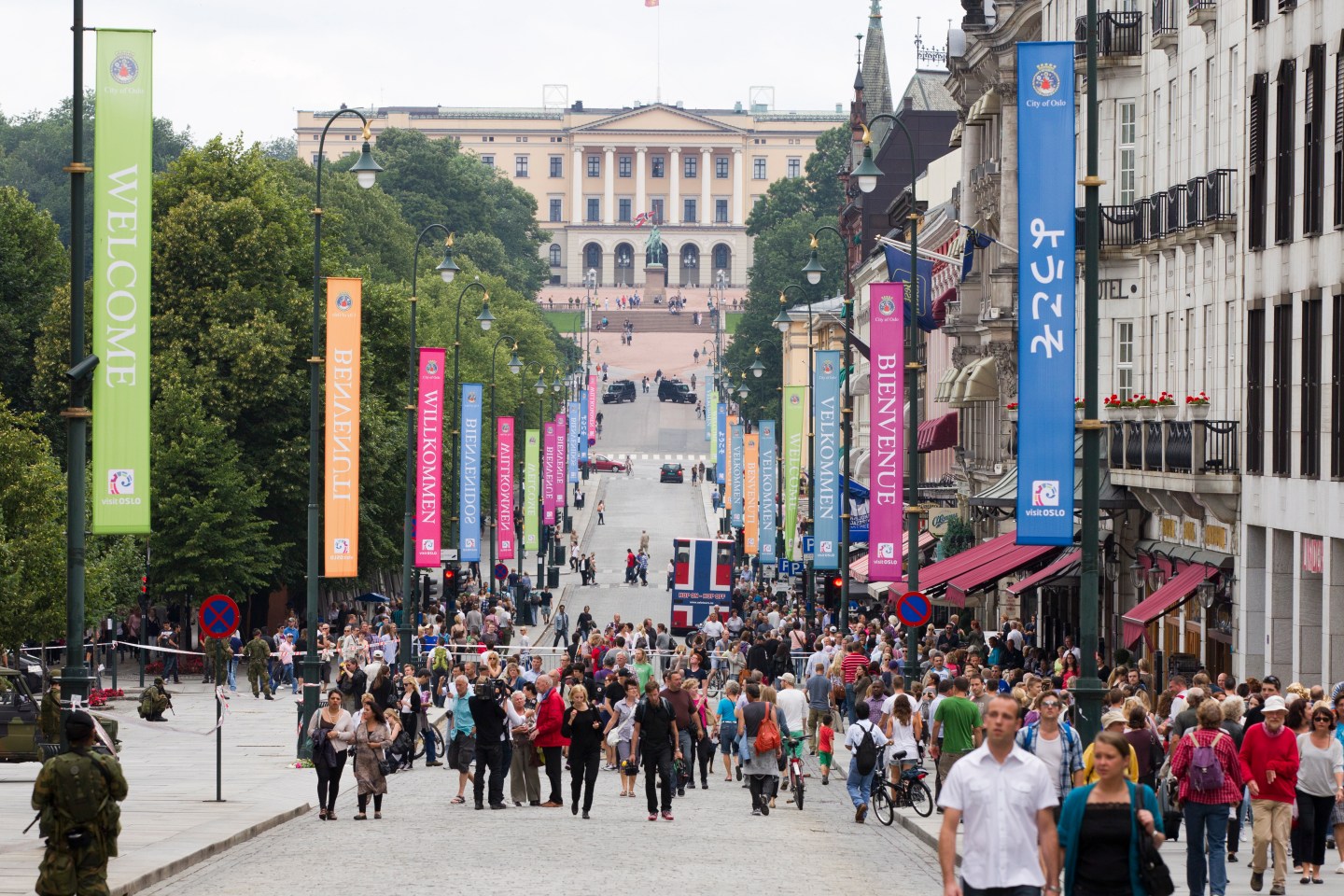 President Barack Obama was on to something last week when, at the Nordic Leader’s Summit, he suggested that “we just put all these small countries in charge for a while.” He commended the Nordic nations for providing “opportunity for all people, through education, health care, and equal opportunity—including for women.” And a new ranking released Wednesday bears out that praise.

A report by job site Glassdoor and Llewellyn Consulting on 17 European countries and the United States ranked three Nordic nations—Sweden, Norway, and Finland—the best in terms of gender equality in the workplace. The study measures nations based on their female-to-male labor force participation, the share of managers who are women, and the gender gap in employment rates by education level, along with other factors.

Sweden, Norway, and Finland earned the accolade, in part, because they have nearly as many working women as working men, and women are well represented—relatively speaking, of course—in manager roles and on the boards of listed companies.

Norway is the leader based on the share of board seats belonging to women—36%—which is likely due to the quota system it introduced in 2006. Finland and Sweden, along with France, recorded about 30% female representation on corporate boards. On the other end of the spectrum is Ireland, Portugal, and Greece, where the proportion is between 13% and 10%. In Estonia, women hold a measly 8% of board seats.

The report’s most interesting stat, meanwhile, is the “cost of motherhood” in each country, which measures how the gender pay gap changes when childbirth is factored in.

On that front, women in Ireland have it bad, with their pay gap worsening 31 percentage points if they have a child. The “cost” of having a kid is nearly negligible in Italy, Spain, and Belgium, where it’s 3 points or less.

While the United States lands near the middle of the pack for workplace gender equality when all factors are considered, it’s fifth-worst when it comes to the cost of motherhood. The Glassdoor report attributes the penalty placed on working moms to “social and family structures” and childcare costs that are “high relative to earnings.” That latter point has become a hot-button issue in the on-going race for the White House after Hillary Clinton made reducing childcare costs a hallmark of her campaign. Last week, she vowed to cap families’ child care expenses to 10% of income. In most parts of the U.S., families spend more on childcare than they do on rent.