The Sun’ll Come Out Tomorrow 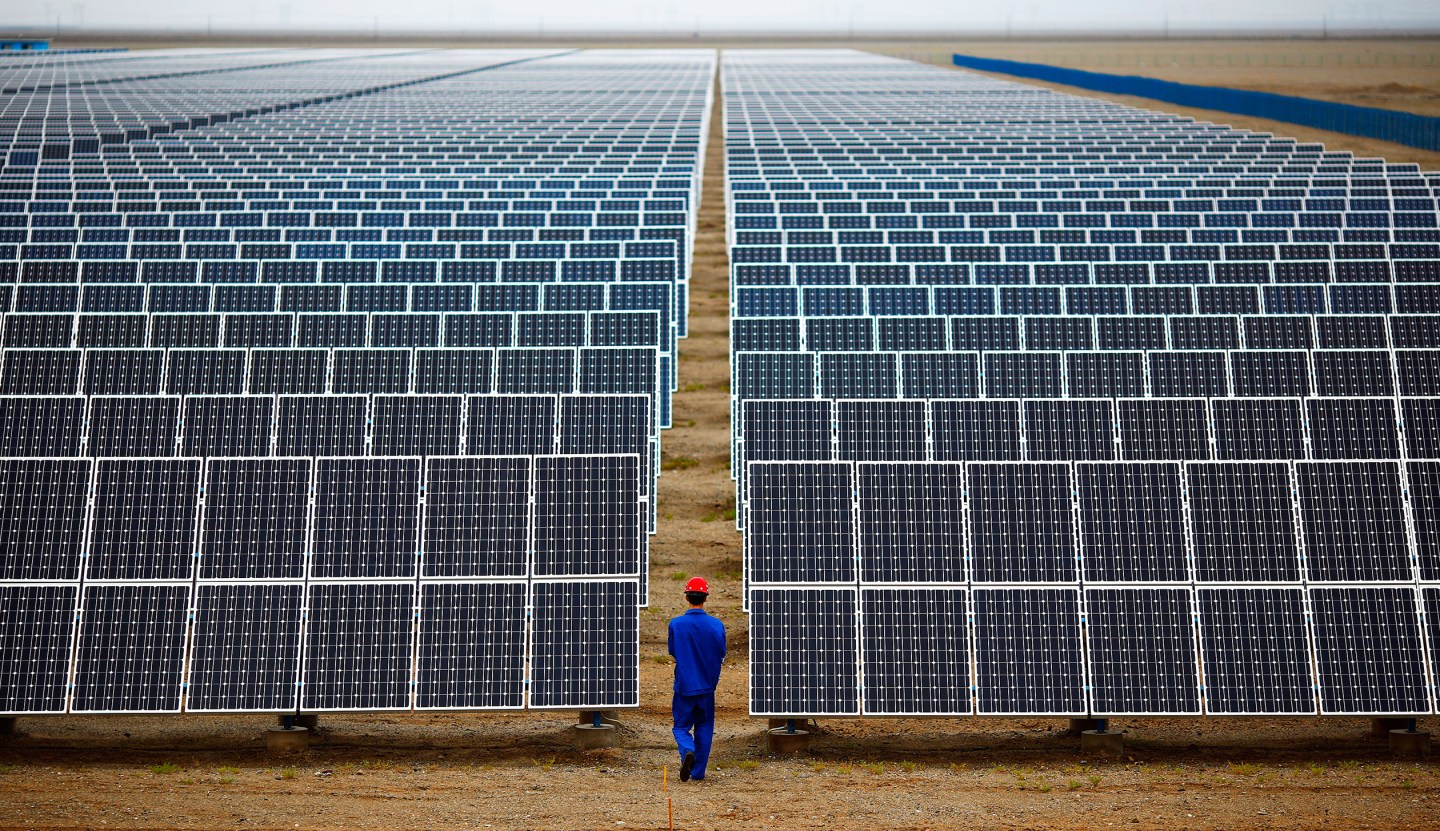 A worker inspects solar panels at a solar Dunhuang, 950km (590 miles) northwest of Lanzhou, Gansu Province September 16, 2013. China is pumping investment into wind power, which is more cost-competitive than solar energy and partly able to compete with coal and gas. China is the world's biggest producer of CO2 emissions, but is also the world's leading generator of renewable electricity. Environmental issues will be under the spotlight during a working group of the Intergovernmental Panel on Climate Change, which will meet in Stockholm from September 23-26. REUTERS/Carlos Barria (CHINA - Tags: ENERGY BUSINESS ENVIRONMENT) - RTX13UEF
Carlos Barria — Reuters

A pall has settled over the solar industry. Laden with debt, SunEdison (SUNE), the sector’s once-shining star, nose-dived from a market cap of nearly $10 billion to bankruptcy in less than a year. Shares of rooftop installer Sunrun (RUN) and utility powerhouse First Solar (FSLR) have plunged by about half and a third, respectively, since their start-of-the-year highs. Even the Elon Musk-chaired SolarCity (SCTY) got clobbered by investors after missing earnings targets for the first quarter.

Blame the meltdown on the fever that’s gripped solar providers in recent years: breakneck growth at all costs. Shawn Kravetz, manager of Esplanade Capital, a Boston-based private equity firm that has invested in solar for more than a decade, compares what has happened to the periodic busts and booms of the semiconductor industry. “We’re in the midst of a very healthy reset,” Kravetz says.

Most energy experts think solar will continue to grow in importance, regardless of its current doldrums. “A lot of companies are well positioned to fill the void left by SunEdison,” says Cory Honeyman, an analyst at GTM Research. Indeed, his firm forecast that installed solar capacity in the United States will more than double this year, reaching 16 gigawatts. Is all that expansion, ahem, sustainable?

Fundamentally, the economics of the solar energy industry are still sound, says David Sandalow, fellow at Columbia University’s Center on Global Energy Policy. It’s just a matter of companies’ expanding steadily and having access to low-cost capital to finance that expansion.

Luckily, the industry can ease off the gas slightly, since the U.S. extended an important federal tax credit last year. The policy grants 30% deductions to offset solar development costs for another five years. In addition to governments doubling down on incentive programs, the price of photovoltaic installations continues to fall—dropping 80% since 2008.

Today solar power generates less than 1% of the country’s electricity, but it “is going to play an important role in the energy mix moving forward,” says Sandalow, a former Energy Department official.

A version of this article appears in the June 1, 2016 issue of Fortune with the headline “The Sun’ll Come Out Tomorrow.”