Bill Gates Thinks You Should Read These 5 Books This Summer 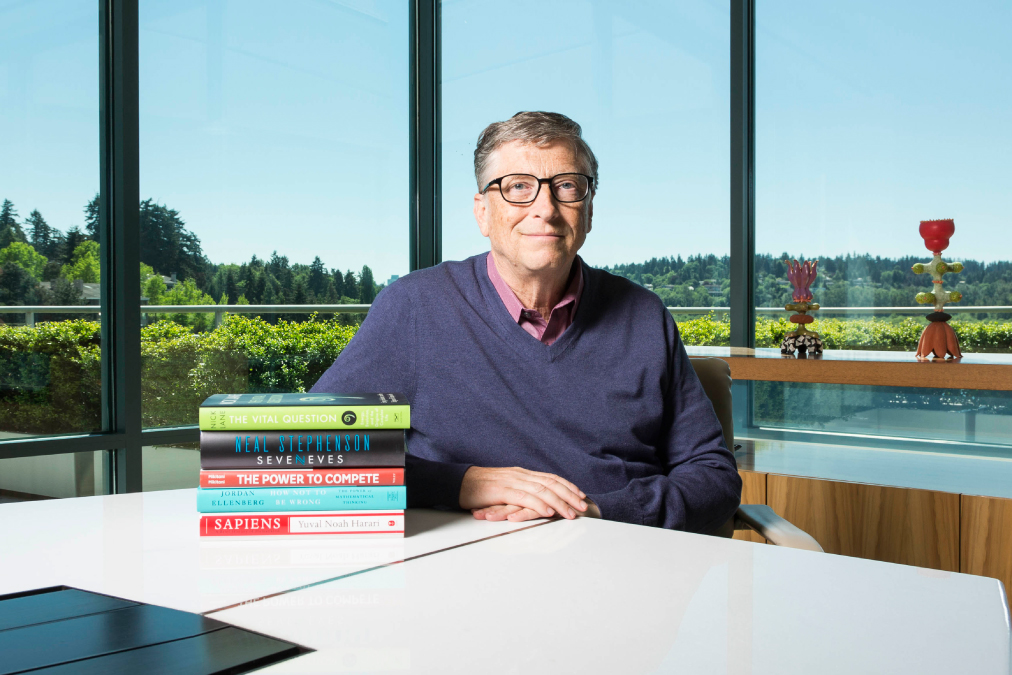 Sporting the same reading list as Bill Gates won’t make you a billionaire. But, hey, it’s a start.

Gates—the richest person in the world by Forbes‘ latest estimate, with a $75 billion net worth—on Tuesday released his latest annual summer reading list. As he has in previous years, the Microsoft (MSFT) co-founder recommends a range of books for you to drag along to the beach this summer, from a sci-fi novel to a variety of non-fiction books dealing with math, economics, and the history of the human race.

In a blog post, Gates wrote that “there’s no science or math to my selection process” and that the books on this year’s list “are simply ones that I loved, made me think in new ways, and kept me up reading long past when I should have gone to sleep.”

Gates’ 2016 list includes five books, including a book that the tech billionaire claims is one of the first science fiction novels he has read in a decade. Last year’s Seveneves, by Neal Stephenson, starts off by imagining the moon blowing up before depicting mankind’s subsequent struggle to maintain society and stave off an apocalypse. Also on Gates’ list is a book by mathematician Jordan Ellenberg, called How Not to be Wrong, that explores the variety of ways math is present in our daily lives, as well as biochemist Nick Lane’s The Vital Question—an exploration of how energy creates life.

Rounding out Gates’ summer reads is Sapiens: A Brief History of Humankind, by Noah Yuval Harari, and The Power to Compete, which features a dialogue between the late economist Ryoichi Mikitani and his son, Hiroshi Mikitani (the founder of Japanese e-commerce company Rakuten), as they discuss the rise and fall of Japan’s economy.

The blog post from Gates even features an animated video where the tech founder briefly explains his recommendations for summer reading this year:

Gates still serves as a board member and technological advisor to Microsoft, and he also (with his wife) runs one of the world’s largest private charities, the Bill & Melinda Gates Foundation. But, in recent years, he has still made time to let the world know what he’s reading. This year’s summer reading list is slightly shorter than last year’s, which included works from Oxford University evolutionary biologist Richard Dawkins as well as two books based on popular comics.