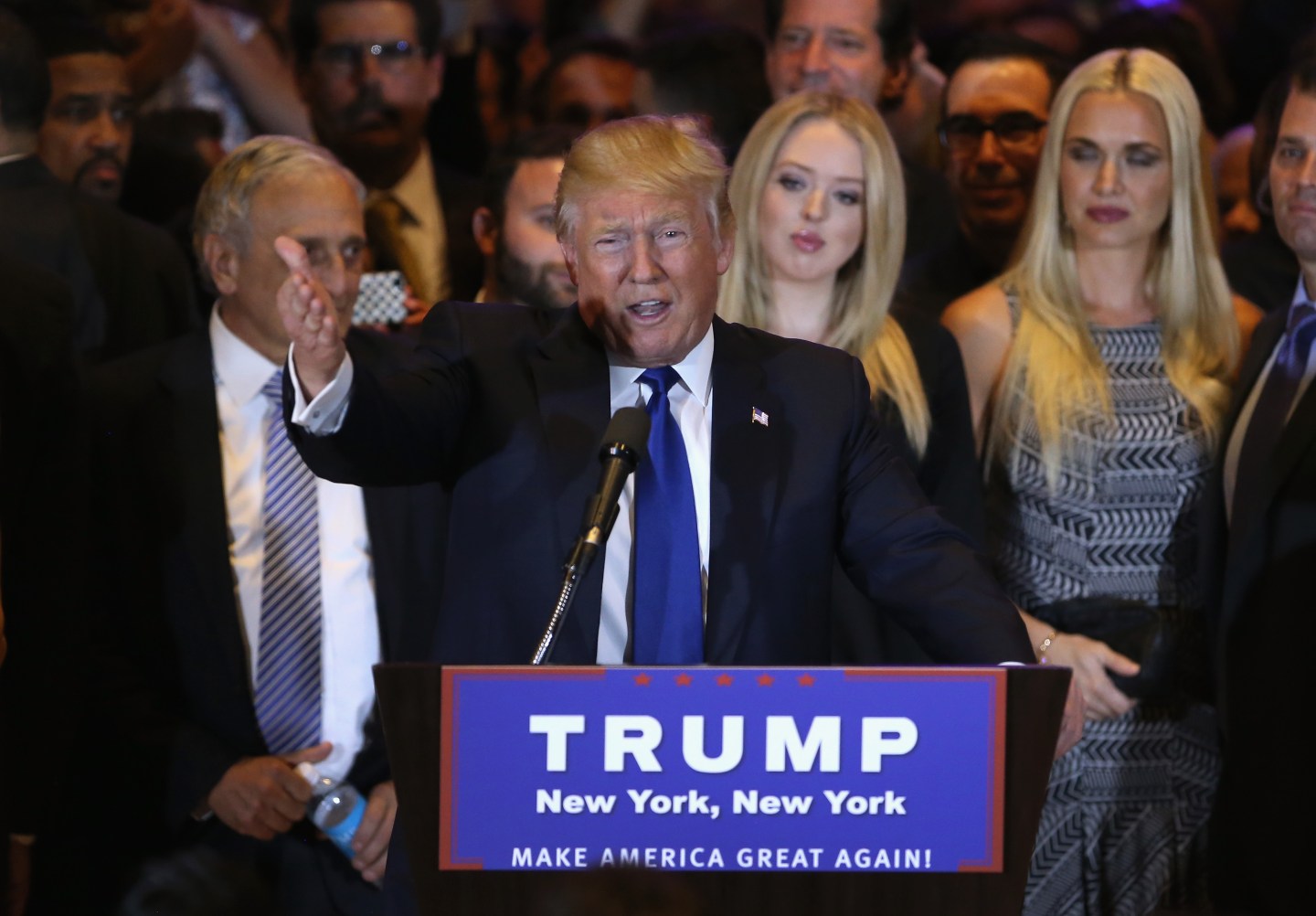 This weekend, the New York Times published an in-depth investigation of Donald Trump’s private interactions with women. Writers Michael Barbaro and Megan Twohey, who report that they conduced 50 interviews over the course of six weeks, paint a portrait of the presumptive Republican presidential nominee as a man who has never hesitated to use his wealth and power to manipulate, bully, and harass women.

Yet I can’t say that anything I read in the piece shocked me. That’s not to say that the attitudes and behaviors chronicled by the writers aren’t repulsive—they are. It’s just that it’s impossible for even the most casual observer of this year’s presidential race to miss the glaring neon signs that read “Trump = Misogynist.” The man has spent his entire life publicly commenting on women’s bodies (including his daughter’s), attempting to degrade powerful women by attacking their looks, mocking men who help care for their children, tossing around terms like “bimbo” and “schlonged,” and advocating for treating women “like shit.”

If that’s how he behaves in public, is it any wonder that things get even uglier behind closed doors?

There are countless damning stories in the Times article—including the very serious allegation that Trump may have raped his then-wife Ivana, a charge she has since walked back. However, what stood out for me is the chilling thread that appears to connect every encounter chronicled by Barbaro and Twohey.

The sources quoted by the Times return again and again to Trump’s fixation with women’s weight and looks, and his bizarre obsession with rating them on a scale of 1 to 10. Obviously, this focus on “hotness” is childish and insulting. But more dangerously, it’s also a perfect technique for stripping away someone’s humanity. In his eyes, a woman isn’t smart, funny, or insightful—or even overbearing, stupid, or cruel. Instead, she’s simply a pretty object or an ugly one.

Consider the story of Alicia Machado, the 1996 Miss Universe who fell afoul of Trump for gaining weight after her win. According to Machado, Trump forced her to go to a gym where the media would capture her humiliation. When Machado told Trump she didn’t want to do it, he responded with, “I don’t care,” she said. To Trump, Machado’s feelings and desires seem to have been irrelevant. She was a fat object that needed to become a skinny one—end of story.

But it’s not just the women on Trump’s bad side that are less-than-human in the eyes of the billionaire. Even when he tries to defend himself against accusations of sexism, he speaks about his female employees like hard-working cogs. “It would just seem…that they want to really prove something, which is wonderful,” she once said of the women who work for him. Nowhere in the Times story does he cite a female worker’s specific skills or intelligence. And if he wants to hit on one of these women (as he allegedly did with former pageant producer Jill Harth) or tease one for being overweight (as he did with his former head of construction Barbara Res), who cares? They are there to serve him.

So, will this damning and deeply-reported account hurt Trump? It should—but I don’t believe it will. Trump’s sexism has never been under wraps. It’s been on display throughout this campaign and for decades before it. Anyone who supports him has either decided that his attitudes toward women don’t matter—or worse—actually find them to be a selling point.