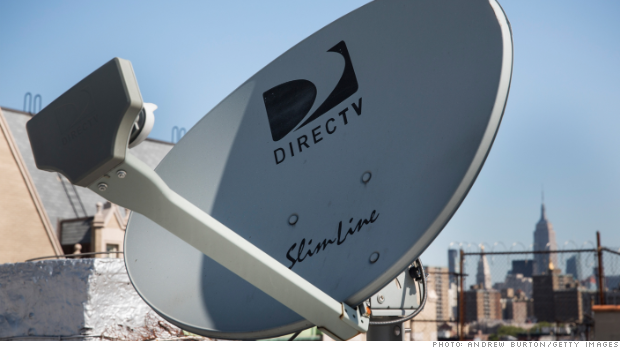 “Our strategy is to deliver video content however, whenever and wherever,” John Stankey, head of AT&T’s Entertainment Group, said in a statement. “We intend to scale and operate an industry-leading video distribution platform, and viewers will get the high-quality online video viewing experience they desire.”

AT&T (T) has offered traditional cable-television-like video service for years via its U-verse brand but plunged in far more deeply with the $49 billion purchase of satellite TV service DirecTV last year. The combination immediately made AT&T one of the largest television providers in the world, with 26 million total U.S. customers and 19 million in Latin America. The telecommunications giant company announced in March that it planned to sell video services like “DirecTV Now” over the Internet.

Quickplay, based in Toronto, announced in July that its Internet-based video platform had reached 1 billion addressable viewers. The company, founded in 2004, has also worked on some duds, such as Qualcomm’s (QCOM) FLO TV and a subscription service to carry popular television shows on Blackberry (BBRY) devices.

AT&T declined to disclose the purchase price. Madison Dearborn acquired a majority stake in Quickplay in 2012 for $100 million, and the video company raised another $57 million last year.

After the acquisition, Quickplay will continue to serve other customers, such as Verizon Communications (VZ) and HOOQ, an asian joint venture between Sony Pictures, Warner Brothers, and the Singtel Group, AT&T said.