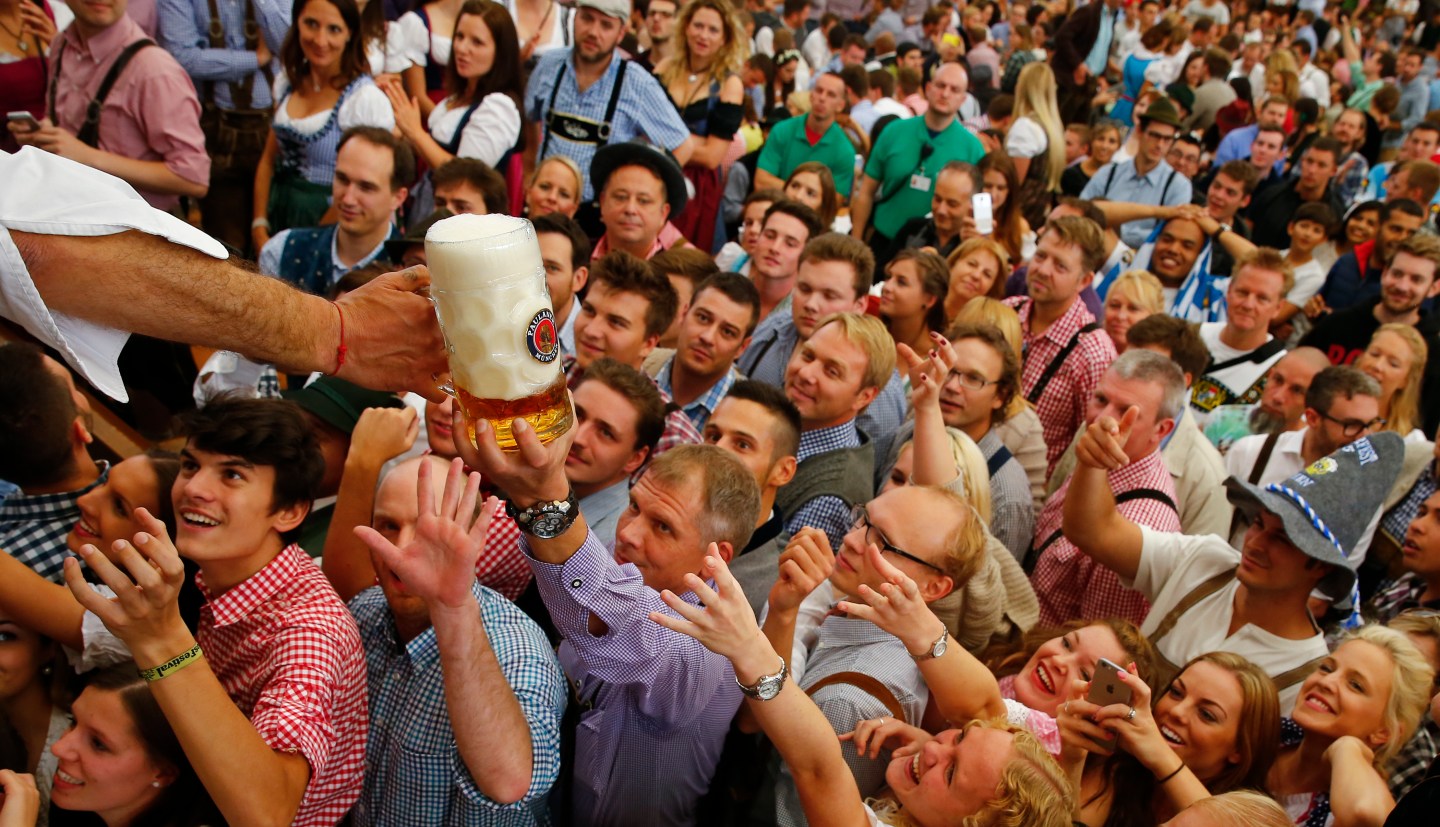 Visitors reach for one of the mugs of beer from the first barrel during the opening ceremony for the 182nd Oktoberfest in Munich, Germany, September 19, 2015. Millions of beer drinkers from around the world will come to the Bavarian capital over the next two weeks for Oktoberfest, which starts today and runs until October 4, 2015. REUTERS/Michael Dalder TPX IMAGES OF THE DAY - RTS1UIH
Michael Dalder — Reuters

Global demand for alcoholic beverages slipped by 0.7% in 2015, the first decline in over a decade, as declines in key emerging markets outpaced steady gains in the U.S. and Japan.

The “BRIC” nations (Brazil, Russia, India and China) were the most problematic for the industry, reports Euromonitor International, with declines reported for three of those nations. Volume slipped 3.5% in China, dropped 2.5% in Brazil and tumbled 7.7% in Russia. All three of those nations rank among the top five in terms of global consumption of alcoholic beverages, so the declines were bruising for the overall segment. India was the lone outlier, only posting growth of 0.2%.

The 2015 decline reported by Euromonitor can be translated into a loss of 1.7 billion liters of alcoholic drinks volume sales since 2014.

The alcoholic volume weakness comes at a challenging time for many of the BRIC economies. Brazil’s economy shrank in 2015, and Russia posted a similar decline of about 4% in GDP. China’s economy continued to grow, albeit at the slowest pace in 25 years.

In the U.S., the world’s second largest alcohol consumption nation after China, volume grew by 2.4%. That’s driven by greater interest in wine and spirits, industries that are performing better than the larger beer category. In America, bourbons and other whiskeys and tequila are performing particularly well.

Spiros Malandrakis, Euromonitor’s senior alcoholic drinks analyst, said that globally, higher-priced English gin, Irish and Japanese whiskey, and dark and non-alcoholic beers were all selling strongly. He said growth was also “solid” for tequila and bourbon. Cider was performing well, though it has softened in the U.S. as Americans were lured by the recent interest in “hard soda” drinks that are based on root beer, ginger ale, and other soda flavors.

Euromonitor said rum and vodka were among the worst performing categories.