Tylenol Could Be Making You Less Empathetic 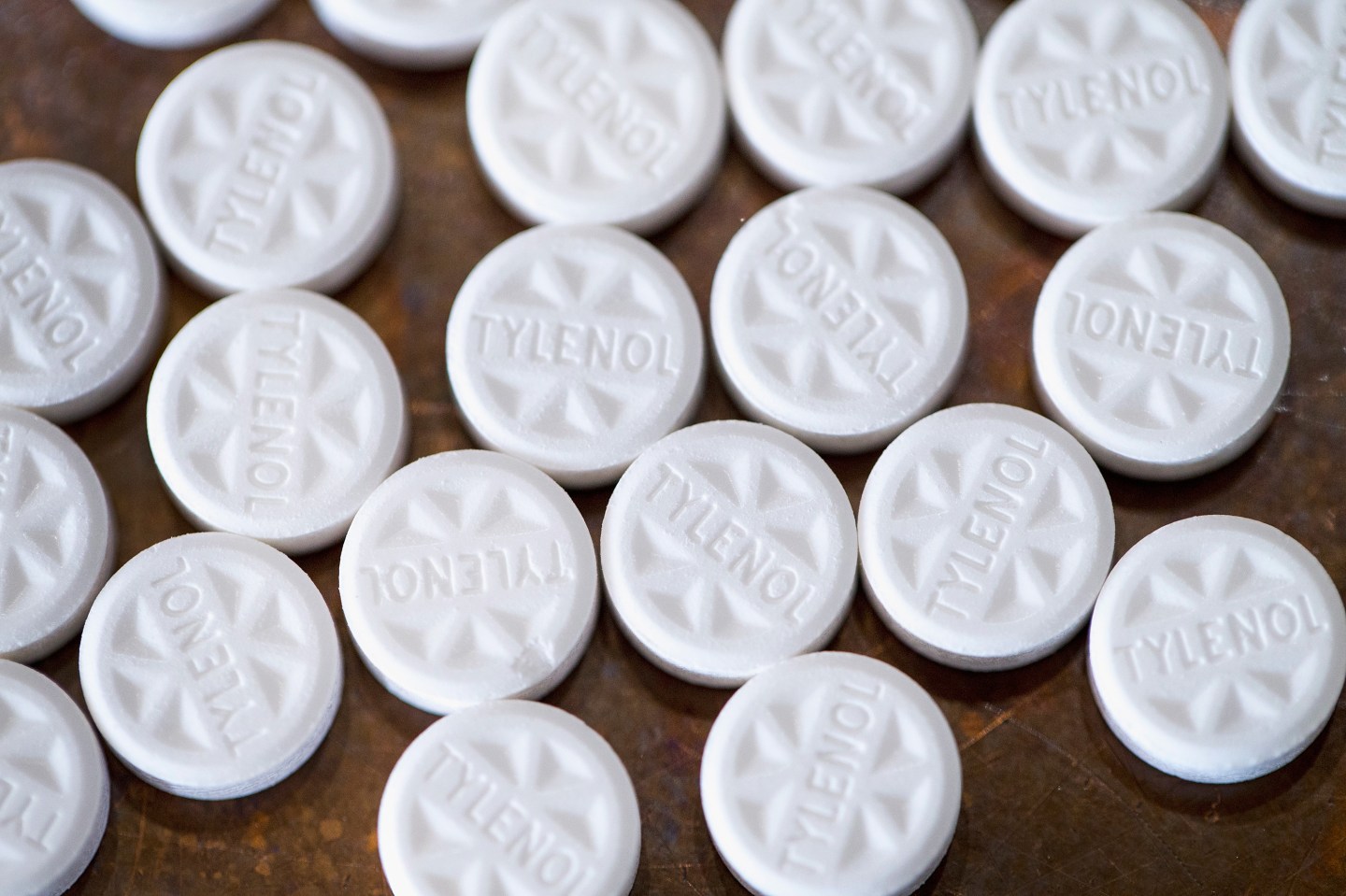 CHICAGO, IL - APRIL 14: Tylenol tablets, which contain acetaminophen, are shown on April 14, 2015 in Chicago, Illinois. New research has shown that acetaminophen, which is found in many over-the-counter painkillers, can dull feelings of pleasure. Previous research found that the medication had a similar effect with feelings of dread. (Photo Illustration by Scott Olson/Getty Images)
Photo by Scott Olson—Getty Images

Take Tylenol, and you might have a hard time feeling empathetic.

An Ohio State University study published in the scientific journal Social Cognitive and Affective Neuroscience found that acetaminophen, the painkilling ingredient in the Johnson & Johnson (JOHNSON-JOHNSON-40) brand medicine, not only suppresses your own pain, but causes you to perceive other people’s pain as being less severe.

The researchers conducted two experiments. The first asked 80 college students, half on acetaminophen and half on a placebo, to read scenarios and rate how they thought the character felt. The second experiment, which employed 114 students, had two parts. First, participants each experienced a noise blast and rated how unpleasant it was; they were then asked to rate how unpleasant they thought it would be for someone else. In the second part, they witnessed someone being socially rejected and rated how they thought they felt.

The participants who took acetaminophen consistently rated pain—both emotional and physical, and both their own and someone else’s—as less severe than those who took the placebo. This is particularly concerning considering a previous study conducted by Baldwin Way, the senior author of the Ohio State study showed the same ingredient also suppressed positive emotions. Researchers are unsure why acetaminophen has these effects.

Acetaminophen is the most common drug ingredient in the U.S. It’s found in more than 600 medicines, and nearly a quarter of American adults use it weekly. The Ohio State study authors have begun examining ibuprofen to see if it has similar effects.

Johnson & Johnson could not immediately be reached for comment.