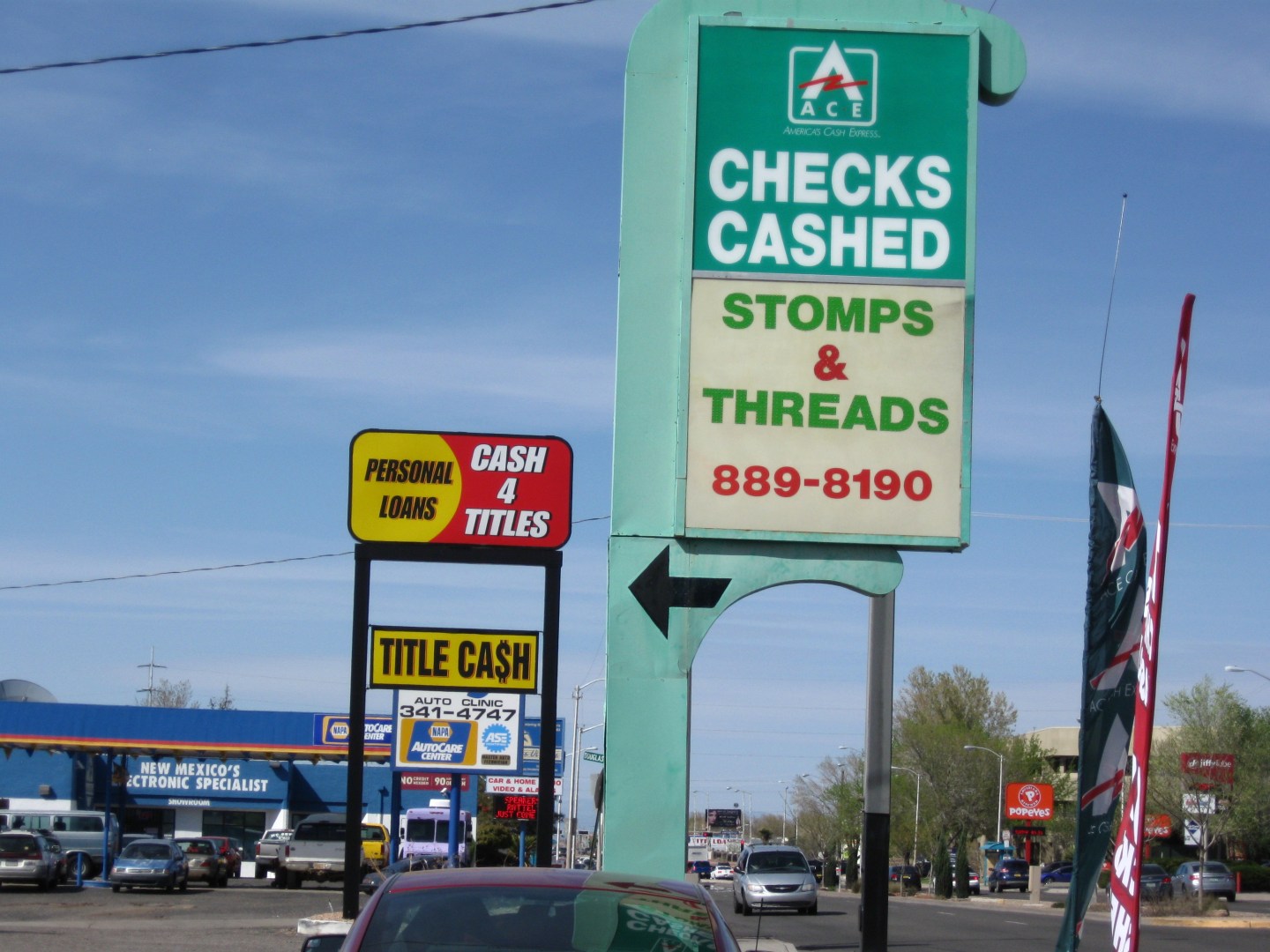 In this April 3, 2015 photo, an ACE Cash Express outlet is seen on San Mateo Boulevard in Albuquerque, N.M. The outlet sits on a block which has three small loan storefronts. High-interest lending practices have been a target of consumer advocates in New Mexico, one of the poorest states in the country, for decades. They struck out again this year in the Legislature as bills that would have capped interest rates on payday loans went nowhere. Efforts to reshape short-term loan laws have gained some traction in other states, leading some advocates to question whether campaign donations are swaying New Mexicos politicians. (AP Photo/Vik Jolly)
Photograph by Vik Jolly — AP

Google moved for the first time to ban an entire category of online advertising from its sites, announcing on Wednesday that it would stop accepting payday loan promotions.

So-called payday loans, short-term, high interest lending, have long been the target of regulators and low income advocacy groups, who charge that the industry has exploited poor workers with excessive interest rates and fees. The loans, which are often automatically rolled over every few weeks, carry annual percentage rates of 300% to 500% and the average borrower spent $520 on fees per year to repeatedly borrow just $375, a survey by the Pew Charitable Trusts found last year.

Google’s ad ban, which goes into effect July 13, will cover loans due within 60 days and, in the United States, loans with an annual percentage rate of 36% or higher. The ban will not effect companies offering traditional loans, such as mortgages, car loans, student loans, commercial loans, and revolving lines of credit such as credit cards, Google noted. The ads are extremely lucrative for Google, with lending ranking among the most expensive categories for online advertisers.

Previously, Google (GOOGL) has banned advertising mostly for illegal or restricted activities, like selling guns or drugs or promoting counterfeit goods. Among Google’s peers, Facebook (FB) has outright banned payday loan ads but many other large sites have not.

“When ads are good, they connect people to interesting, useful brands, businesses and products,” Graff wrote. “Unfortunately, not all ads are–some are for fake or harmful products, or seek to mislead users about the businesses they represent.”

Online payday loan ads have allowed payday lenders and firms that get paid for generating loan customers to evade state bans and restrictions on the industry, according to a report last year by civil rights research group Upturn. So-called lead generators supply up to 75% of borrowers to online payday lenders by buying up search terms such as “I can’t pay my rent” and “I can’t pay my bills,” the report found.

The Community Financial Services Association of America, a trade group for the industry, says more than 19 million U.S. households use payday lenders.

The group blasted Google’s actions as unfair, saying it would reduce access to financial services for people typically left out of the mainstream banking system. “These policies are discriminatory and a form of censorship,” the trade group said in a statement. “Google is making a blanket assessment about the payday lending industry rather than discerning the good actors from the bad actors. This is unfair towards those that are legal, licensed lenders and uphold best business practices, including members of CFSA.”

Meanwhile, another source of small and short-term loans for consumers, the online peer-to-peer lending industry, has been struggling for different reasons. While peer-to-peer loans tend to have more reasonable terms, the companies have struggled of late to raise money to lend out. And one leader, Lending Club (LC), has been hit by fraud and conflict of interest allegations prompting the CEO to resign.