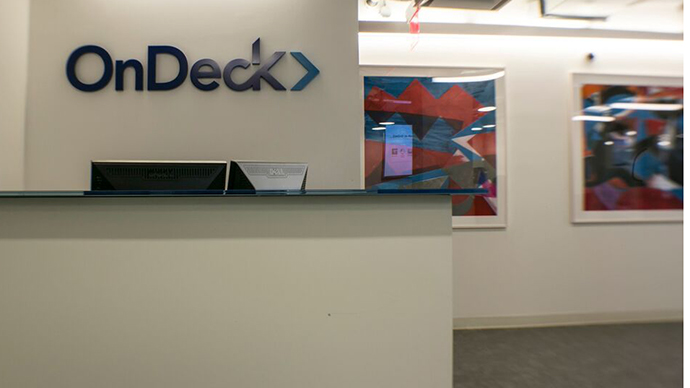 OnDeck might not have been ready for the major leagues.

Shares of OnDeck Capital (ONDK) were down 34% on Tuesday, to $5.50. That caps a tumble that has left the stock off 70% since its IPO nearly a year-and-a-half ago. The source of the pain on Tuesday for the online lender was its first quarter earnings. On Monday afternoon, OnDeck said it lost nearly $13 million in Q1, up from a loss of just over $5 million a year ago. The loss was also larger than analysts were expecting.

The $13 million loss is far from life-threatening, though it is concerning. OnDeck blew through $28 million in cash in the first quarter, though it still has $170 million in the bank. The bigger concern is its business model.

OnDeck makes loans to small businesses. And lending has been going well. Loans rose by $100 million in the past year. Originally the thought was OnDeck and others were going to eat the lunch of the large banks which are lumbering and weighed down by regulations.

Historically it has sold many of those loans off to investors. Yet, in the first quarter the percentage of loans that OnDeck offloaded to investors fell to 26% from 40% a year ago. What’s more, the profits OnDeck got from selling the loans dropped.

The problem is that the fintech lenders are having more difficulty finding buyers for their loans. And investors seem to be nervous this is not just an OnDeck problem. Shares of Lending Club (LC) dropped 10% on Tuesday on fears that it will report the same problem when it discloses what it earned in the first quarter next week.

Other fintech lenders have been struggling with what to do about the fact that buyers for their loans—hedge funds and other investors—appear to be drying up. Another fintech lender SoFi has started a hedge fund with its own money to invest in the loans it is making. Putting the loans in a hedge fund makes the loans effectively disappear from their books, even though Sofi still owns the risk. The arrangement has reminded some of the types of deals Bear Stearns and others set up in the run up to the financial crisis.

As long as the market and regulators treat OnDeck and its rivals as tech companies none of this might be a problem. But regulators have started to hint that they are going to take a closer look at fintech companies and whether they should be regulated like banks. If regulators decide they should be, then OnDeck and others will have to meet the same capital rules that banks do, which will put a ceiling on how much they can lend, if they can’t find genuine third-party investors willing to take a good deal of that risk off of their hands.

At the same time, investors no longer seem willing, like they do with other tech stocks, like say Amazon, to stick around while OnDeck continues to have losses. That doesn’t mean the stock is cheap. OnDeck’s shares, after Tuesday’s drop, have a price-to-book ratio of 1.20. J.P. Morgan Chase (JPM), by comparison, which has invested in OnDeck, has a P/B ratio of 1.05. OnDeck’s shares would drop to $4.80 if it traded at a similar multiple. But even that might be generous.

Bank of America’s P/B is 0.7. If OnDeck’s shares traded at that multiple, they would sink to $3.20. If OnDeck is going to be treated more like a bank, the problem is shares will likely trade like one too.