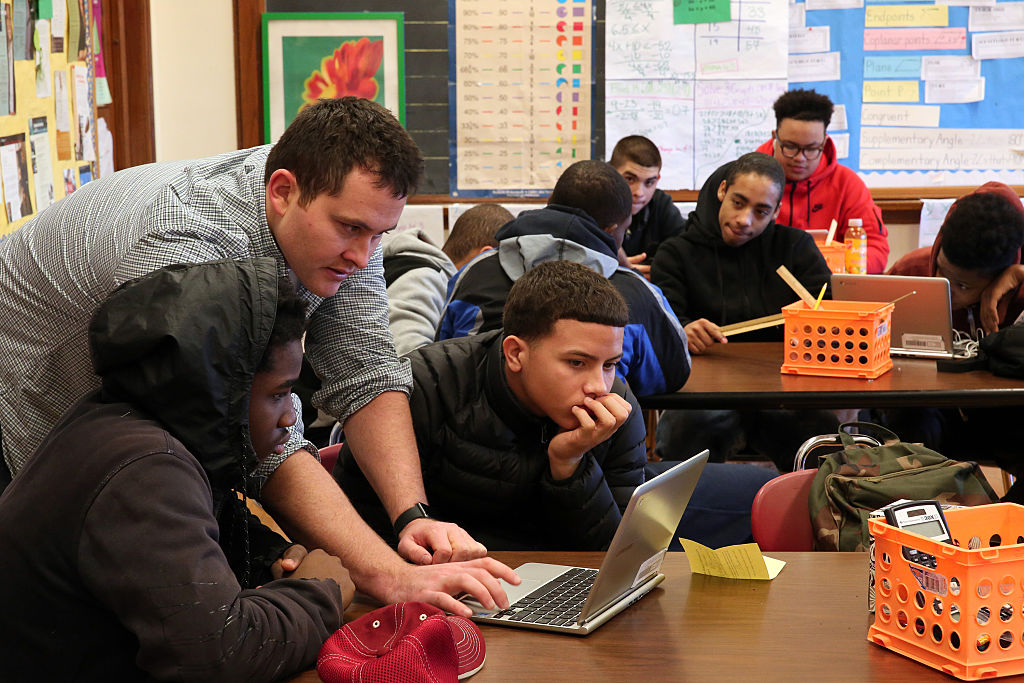 CHICAGO, May 6 (Reuters) – Chicago’s cash-strapped public school district is not in sufficiently bad financial shape to warrant a state takeover, according to an Illinois State Board of Education staff report.

Illinois Governor Bruce Rauner launched a probe of the nation’s third-largest school system in February, contending it could lead to state oversight and a suspension of borrowing at debt-dependent, “junk”-rated Chicago Public Schools (CPS).

However, the report from state school Superintendent Tony Smith, posted on the board’s website ahead of a monthly meeting scheduled for Wednesday, said CPS does not meet “any of the criteria” to be certified in financial difficulty.

“The district has not realized two consecutive years of negative operating fund balances nor is it forecasted in this model,” the report stated.

It noted that negative operating balances are possible in fiscal 2018 and 2019.

“It’s clear in our analysis CPS has financial challenges and a spending problem,” state board spokeswoman Laine Evans said on Friday. “However, at this time they do not meet the criteria for certification of financial difficulty, as defined per statute. ISBE will continue to monitor the situation and the district’s finances.

The state education board’s recommendation undercuts a series of strident remarks made by Republican Rauner in January and February, asserting at one point the school system faced a “financial disaster” that would prevent it from remaining solvent through the end of its fiscal year in June.

The staff report also comes as Illinois remains in a crippling 11-month budget deadlock between Rauner and Democrats who control the state legislature. The impasse has hit the state’s higher education and social service systems particularly hard. Illinois is the only U.S. state without a full operating budget.

Rauner’s office continued to insist on Friday that CPS is in a financial mess.

“You don’t need an actuary or an accountant to know CPS has financial problems, otherwise the district wouldn’t be repeatedly asking the state for an additional half a billion dollars. It’s clear the district is in financial distress,” said Rauner spokeswoman Catherine Kelly in a statement.

“This decision demonstrates that Governor Rauner’s attempts to drive CPS into bankruptcy are misguided and wrong. While CPS faces a $1 billion budget deficit next year, it can be solved if we all work together, as we are committed to doing,” said a statement from CPS spokeswoman Emily Bittner.

The deficit is mostly due to escalating annual pension payments that will reach $676 million this fiscal year, which ends June 30. The district’s efforts to gain an additional $480 million in state dollars to pay its pension bill became entangled in the ongoing impasse between Rauner and Democrats.

CPS officials, who have maintained the district is exempt under Illinois law from state oversight, are calling for a revamp of the state school funding formula to ensure poor children are not short-changed.

The decision not to declare the district in financial difficulty could suggest recognition by the Rauner-appointed state school board that it lacked proper legal footing to take over CPS in the first place, a Democratic legislative source said.

In April, Democratic Attorney General Lisa Madigan issued an opinion that the state lacks the authority to take control of the school system’s finances, including its ability to borrow to help fund operational costs.