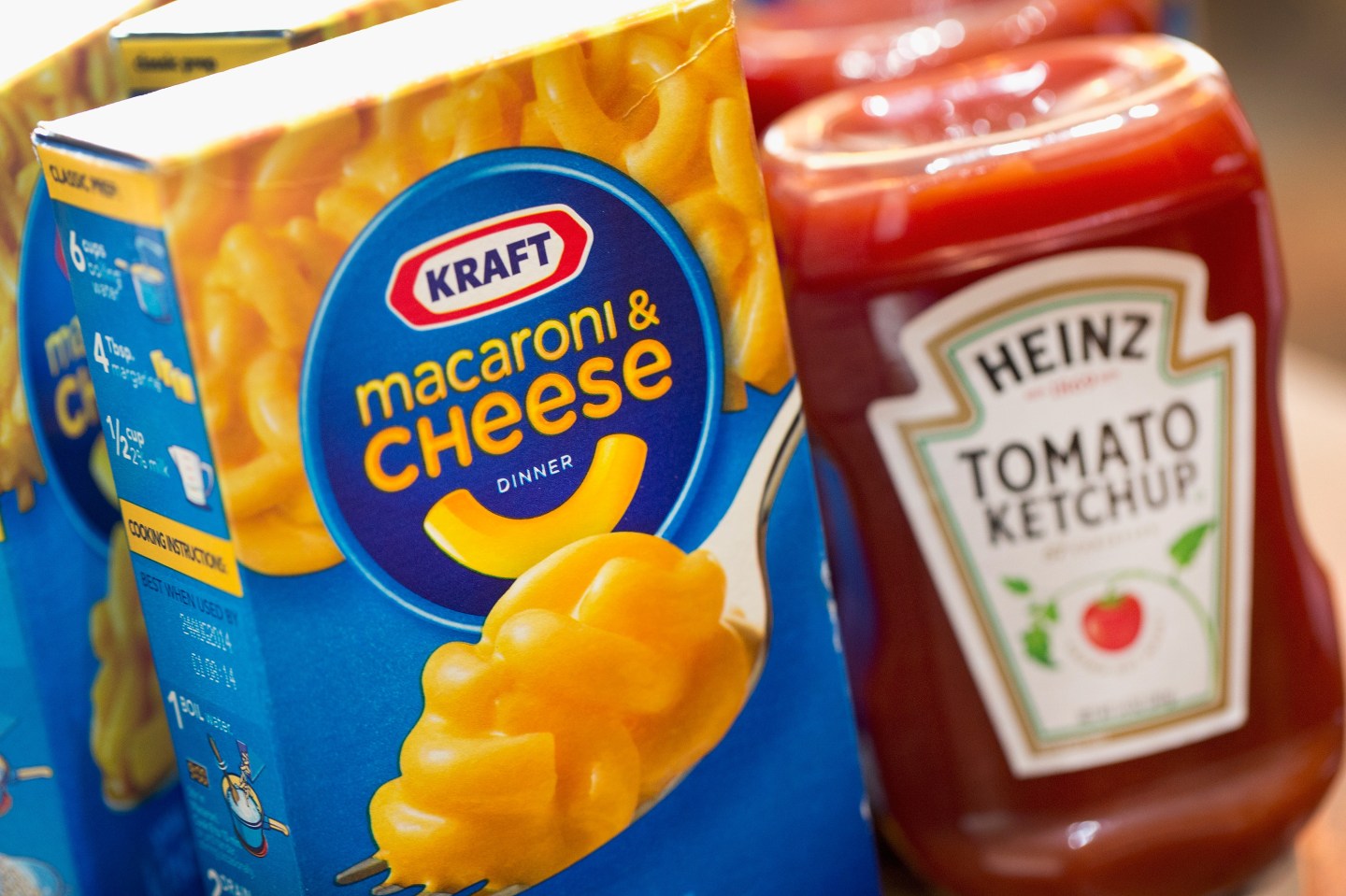 Kraft Heinz, the maker of Kraft cheese, Heinz ketchup and Jell-O, reported a better-than-expected quarterly profit as its costs fell and demand rose for its condiments and sauces.

Shares of the company, created when Kraft Foods Group merged with H.J. Heinz in July last year, gained 5.5% in extended trading on Wednesday.

Kraft Heinz said demand for its ketchup, mustard and cream cheese was strong in the United States. The region accounts for more than two-thirds of its total sales.

Chief Executive Bernardo Hees said in a post-earnings conference call that the company was realizing cost savings from the merger faster than it had expected.

Kraft Heinz, which has announced job cuts and closure of some factories, aims to save about $1.5 billion in annual costs by the end of 2017.

The maker of Oscar Mayer sausage said it achieved savings of about $225 million in the first quarter ended April 3.

Kraft Heinz also benefited from lower prices of raw materials including dairy products and coffee, with cost of products sold falling about 8%.

The net income attributable to the company surged 60.6% to $896 million, or 73 cents per share, on a pro forma basis, which assumes that the two companies were a single entity in both periods.

Pro forma net sales declined 3.8% to $6.57 billion, but beat the average estimate of $6.47 billion. Kraft Heinz said its sales were hurt by a strong dollar and lower demand for beverages in the United States.

Kraft Heinz shares were trading at $84.41 after the bell.

If the stock opens at current levels on Thursday, it will hit its highest level since July 6, 2015, when the two companies started trading as a merged entity.