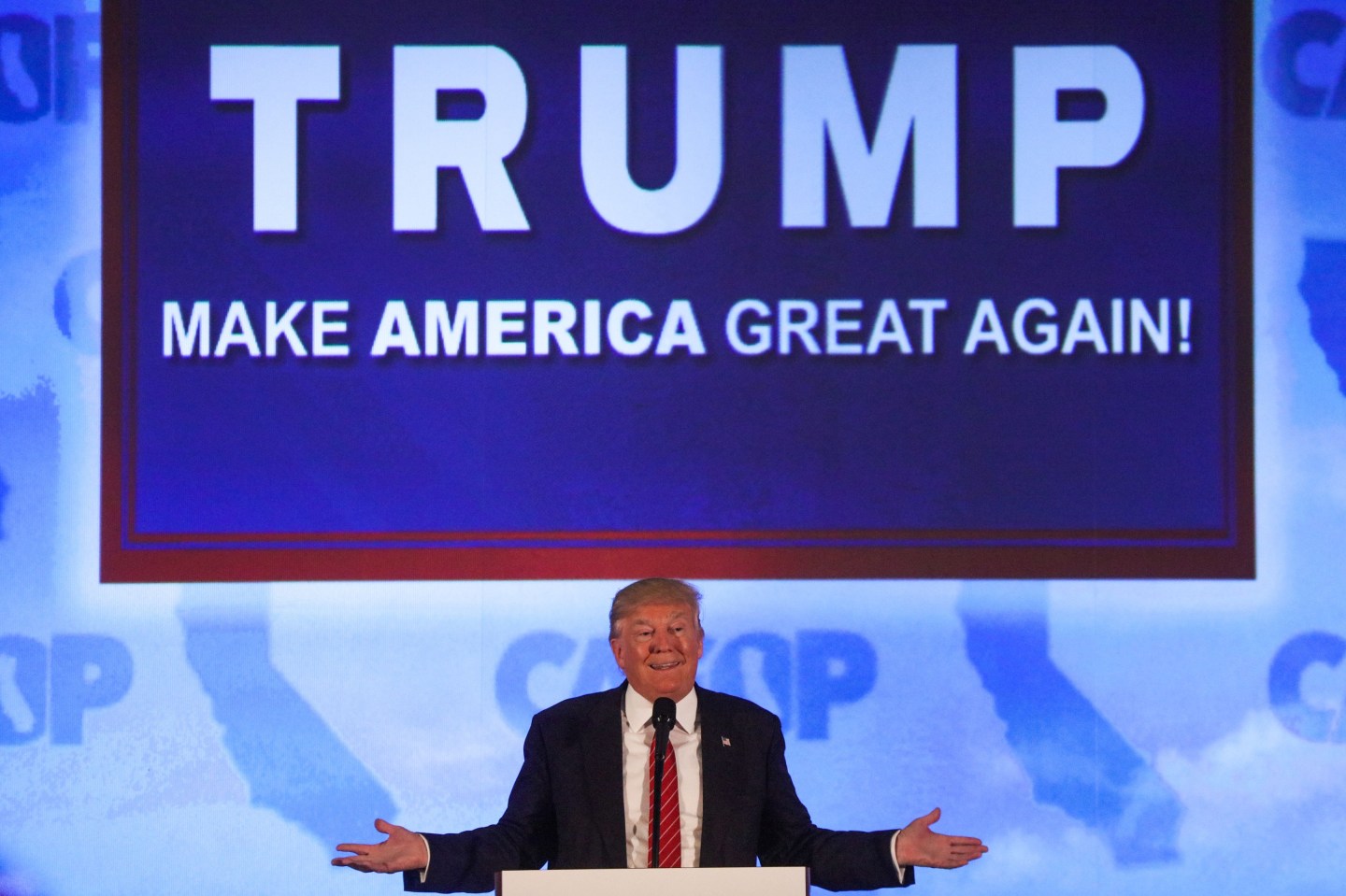 The Rolling Stones have asked presumptive Republican presidential nominee Donald Trump to stop playing their songs at his campaign events.

In a statement Wednesday, the rock band said they have not given permission to the Trump campaign to use their songs and “have requested that they cease all use immediately.”

A Trump campaign spokeswoman didn’t immediately respond to a request for comment.

Trump, an avid music fan, has featured Rolling Stones songs at his rallies for months as part of a diverse soundtrack that includes Elton John, opera and classic rock songs. The Rolling Stones’ 1969 classic “You Can’t Always Get What You Want” was a popular song choice for his events.

Donald Trump all but clinched the Republican presidential nomination Tuesday with a resounding victory in Indiana that knocked rival Ted Cruz out of the race and cleared Trump’s path to a likely November face-off with Democratic front-runner Hillary Clinton.

Trump still needs about 200 delegates to formally secure the nomination, but Cruz’s decision to end his campaign removed his last major obstacle.