How I Won the Premier League for Leicester City 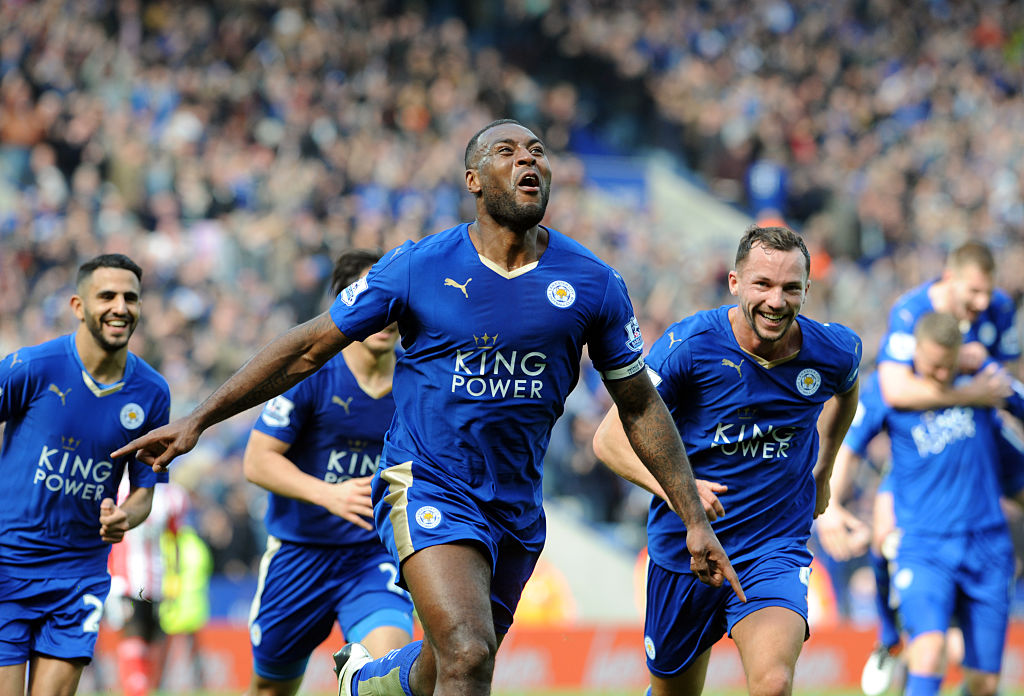 Forget the canny, stats-based recruiting, the coach’s motivational skills, and the drive and spirit of the players.

Forget even the Buddhist monks brought over by the Thai owners to bless the ground and the benign spirit of Richard III, finally at peace on hallowed ground in Leicester cathedral after being dug up under a car park a couple of years back (although these were undoubtedly more important factors in our success).

Only the bookmakers may know the real reason for Leicester City Football Club’s extraordinary Premier League win—and frankly, I doubt even they do. And no, it has nothing to do with their odds of winning the league being quoted at 5,000-1 back at the start of the season in August (shorter odds were offered on Bono becoming Pope, Donald Trump winning the Nobel Peace Prize, and Elvis Presley being found alive). No, it was all my doing.

I’ve been flying under the radar all season, but now, at last, I can come clean. For most of the past 36 weekends, I’ve been making modest, and intensely superstitious, bets against my team, in the surefire certainty that this was the best way to keep our incredible run going. The amount didn’t matter: it was the principle of the thing. Just don’t jinx it by putting money at stake alongside your longest-held, most earnestly-desired wish. If it hadn’t been for a dodgy Internet connection on Monday night, I would have put a cheeky fiver on Tottenham for the championship, just to jinx them out of their 2-0 lead against Chelsea. Fortunately, some other Leicester fans had better connections, and the rest is history.

Latterly, as reports of Leicester fans cashing out on five-figure sums have popped up more and more regularly in the British media, my wife has taken to expressing some dissatisfaction about my failure back in August to put my money where my heart is. And she has a point: if I had, then the extra bedroom and the hybrid SUV would be within reach, and (after a rash splurge on a ticket for last weekend’s game) the children wouldn’t now be signed up for chimney-sweeping classes.

But, truth be told, I didn’t even look at the odds. Everyone knew that the Premier League was, in fact, two leagues: a small sub-league of five or six clubs that had a chance, and another dozen or so that were just fighting for the right to be rolled over by the big boys again next year. That’s how stale it had become. Soccer, the place where kids big and little go to dream when reality can’t keep pace with imagination, had been conquered and turned into a cartel by a narrow clique of private equity investors and oil tycoons. My aspirations, and those of millions of others up and down the country, had narrowed to being lucky enough to catch one of the big clubs on an off day to get bragging rights over their loudmouth fans for a few weeks. There was to be no revolt by the makeweights against the iron laws of the cartel.

Only, it just happened that there was. Leicester City had a vision, they planned minutely, they believed in and trusted each other, and they worked ferociously to make their dream a reality. Perhaps American business has enough examples of this to make Leicester’s success seem perfectly rational. But in Europe, well, this just doesn’t happen.

So forgive me if I refuse to accept your rational, data-based, Moneyball explanations for Leicester’s achievement, even those that make allowance for the existence of luck. Yes, we were lucky with injuries, lucky with big refereeing calls in big games, lucky that there was no weight of expectation on us, lucky in the fact that we have no local rivals who hate us enough to raise their game as Chelsea did on Monday night (poor Tottenham had eight games against other London teams this season, all of them brim-full of visceral tribal rancor).

But luck only gets you so far. This moment was, by any objective measure, impossible. Leicester’s star players—Jamie Vardy, Riyad Mahrez, Wes Morgan—were all rejects, not just of clubs like Manchester United and Chelsea, but from down-at-heel clubs way down the pecking order in England and France. Had Leicester been demoted from the league last season, as looked likely for the better part of five months, few of them would have been obvious draft targets for other Premier League clubs. Manchester United, with whom Leicester tied on Sunday, has spent more on transfer fees in the last two years than Leicester in its entire 132-year history. Antony Martial, who scored Manchester’s goal, cost more than the entire Leicester team put together, with enough left over to buy a nice penthouse in Mayfair.

With such an imbalance of resources, the only way to process what has happened is full-blown, medieval superstition and blind faith in miracles. I have no problem with that if you don’t. Just do me a favor, and don’t bet on Leicester for the Champions League next year.

“I’ve paid my dues, time after time; I’ve done my sentence, but committed no crime.” For years, I’ve suspected Freddie Mercury of having been a closet Leicester fan. Rooting for them has always felt a bit like that. I dare say it will again in due course. Before that, I suspect, euphoria will give way to a wave of serious introspection: what could I have achieved if I had invested all the time, money, and emotional energy that I spent admiring someone else’s skill and tried to develop a skill of my own? But that can wait for a day or two, at least. We are the champions, my friend.