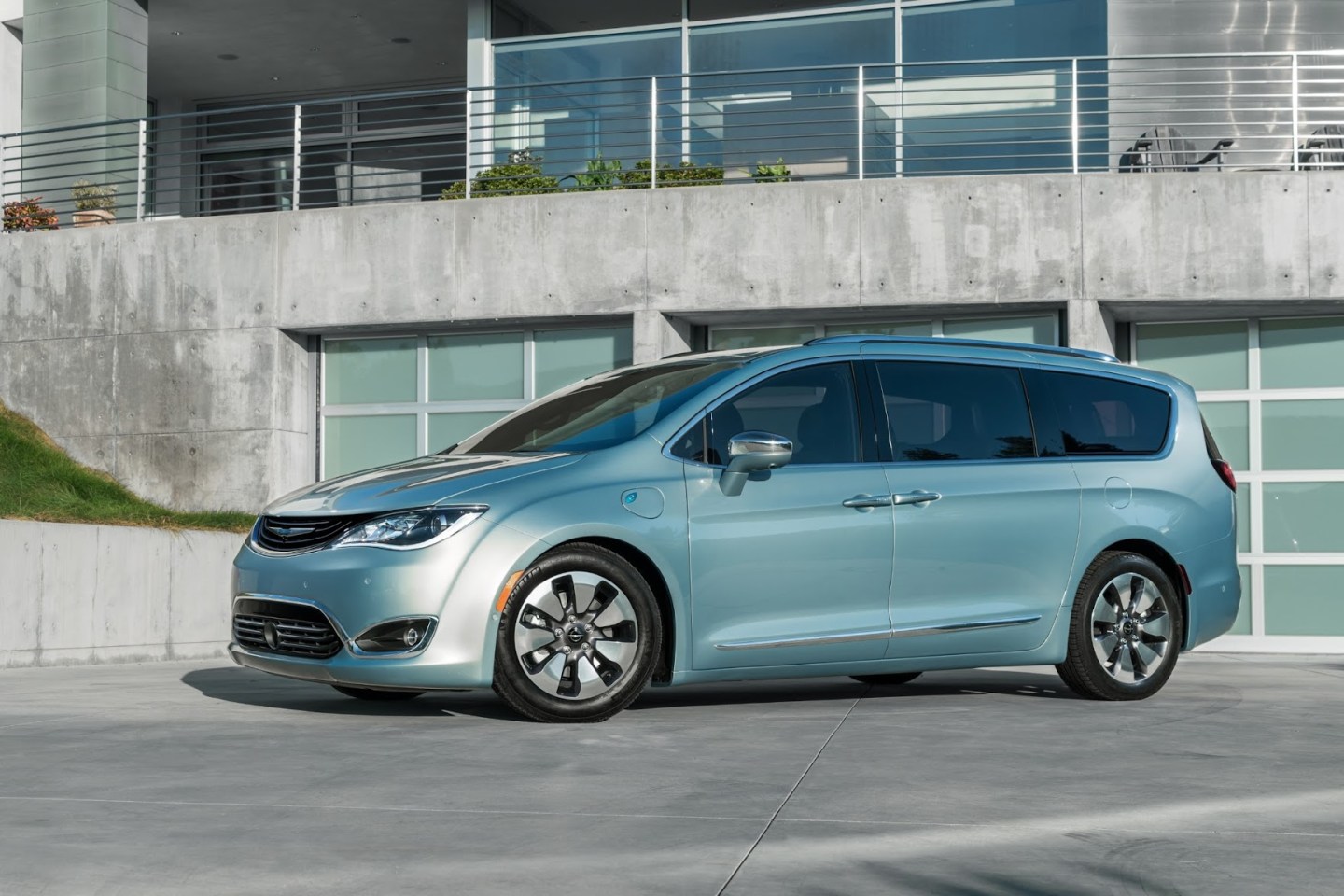 Courtesy of FCA/Photo by Webb Bland

Google is collaborating with Fiat Chrysler Automobiles to put a fleet of self-driving minivans on the road, marking the first time the tech company has worked directly with an automaker to create its autonomous vehicles.

Google, which wants to commercialize self-driving cars by 2020, said in a blog post Tuesday that it plans to double its fleet of self-driving cars for testing by adding about 100 Chrysler Pacifica Hybrid minivans. The tech company and FCA will work closely in the coming months to design the minivans to easily accommodate Google’s self-driving systems, including sensors and computers.

Google says the experience will “help both teams better understand how to create a fully self-driving car that can take people from A to B with the touch of a button.” Google added that the collaboration will also give it the opportunity to test a larger vehicle that could be easier for passengers to enter and exit, hinting at one of its long-stated goals to serve disabled people who are unable to drive.

While Chrysler Pacifica Hybrid minivan isn’t exactly sporty or cool, it does lend itself well to driving large groups of people around, including those who might use a wheelchair.

John Krafcik, CEO of the Google self-driving car project makes this very point in a statement. “The opportunity to work closely with FCA engineers will accelerate our efforts to develop a fully self-driving car that will make our roads safer and bring everyday destinations within reach for those who cannot drive,” he said.

The self-driving Chrysler Pacifica Hybrid minivans will be initially tested on Google’s private test track prior to driving on public roads, the company says.

Google has about 70 self-driving cars in its test fleet, which is made up of retrofitted Lexus RX450h SUVs and the fully self-driving gumdrop-shaped prototypes that the company built from scratch. The company, which launched its self-driving car project in 2009, initially tested the vehicles in closed courses, and then on public roads near its Mountain View, Calif. headquarters. The company introduced its prototype driverless car in June 2015.

Since then, Google has accelerated its self-driving car project. The company began testing in Austin, Tex. in July 2015. Google announced in February plans to expand to Kirkland, Wash. Last month, it added metropolitan Phoenix as the fourth U.S. city to serve as a proving ground for the autonomous vehicles.

Major automakers, and technology companies led by Google, are racing to develop and sell vehicles that can drive themselves, but they have complained that safety rules are impeding testing and ultimate deployment of such vehicles. Last month, Google along with Ford, Volvo, and ride-hailing companies Uber and Lyft formed a self-driving car coalition, essentially a lobbying group that is pushing for federal action on self-driving cars.