Exit Polls from Indiana: Democrats Are Excited, Republicans Are Divided 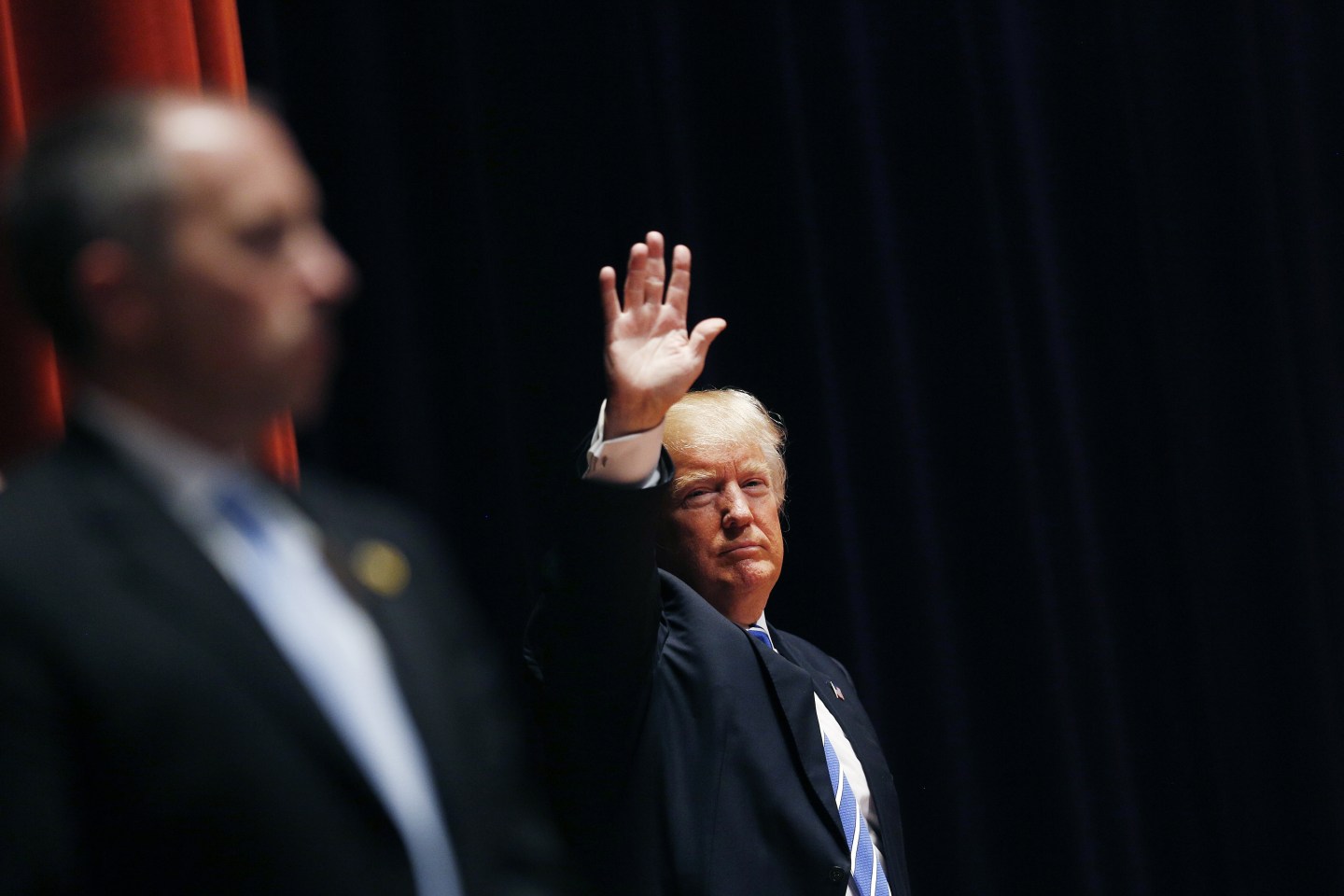 Donald Trump, president and chief executive of Trump Organization Inc. and 2016 Republican presidential candidate, waves to attendees during a campaign event in Evansville, Indiana, U.S., on Thursday, April 28, 2016. Trump said he's campaigning hard to win Tuesday's presidential primary in Indiana and that if he prevails, his party's nomination contest will be "over." Photographer: Luke Sharrett/Bloomberg via Getty Images
Photo by Luke Sharrett—Bloomberg via Getty Images

WASHINGTON (AP) — Indiana Democrats voting in the state’s primary on Tuesday say they’re energized and optimistic about their party’s nomination process, while Republicans say they’re worried their party is being torn apart.

Three-quarters of Democrats in the state say they’ve been energized by the nomination contest between former Secretary of State Hillary Clinton and Vermont Sen. Bernie Sanders. But nearly 6 in 10 Republicans say they think their party has been divided by the battle being fought by billionaire Donald Trump, Texas Sen. Ted Cruz and Ohio Gov. John Kasich.

Those were among the early findings from exit polls conducted for The Associated Press and television networks by Edison Research.

Indiana voters also overwhelmingly expressed concern about the state of the U.S. economy. And most say they don’t see much of a fairness issue in the GOP nomination process or much of a difference in the political tactics employed so far by different candidates in the presidential race.

Other highlights from the exit polls:

Trump and Sanders have both criticized their parties’ nomination processes and gone after their opponents for what they call unfair tactics. But Indiana voters on both sides don’t see much of a fairness issue in the presidential race.

Most Democratic primary voters don’t see either Clinton or Sanders as having attacked the other unfairly — about a quarter say Clinton has and 2 in 10 say Sanders has, exit polls show.

Republican primary voters were about equally likely to say that each of the top two candidates ran the most unfair campaign. Four in 10 say that of Trump, and four in 10 say it of Cruz.

When it comes to the Republican nomination process, only a third of GOP voters say it’s been unfair. Still, about two-thirds of Republican primary voters think the candidate with the most support heading into their party’s nominating convention should be the nominee, even without the majority of delegates as required by party rules.

More than half of Republicans feel betrayed by leaders of their own party.

Voters from both parties say the economy was weighing heavily on their minds as they headed to the polls.

Asked about some specific economic issues, two-thirds of Democratic primary voters say Wall Street mostly hurts the economy. They’re divided over whether trade with other countries mostly helps or hurts the American economy.

Among Democrats, voters consider Sanders more inspirational and honest, but they see Clinton as more realistic and electable.

Compared to Clinton, voters say Sanders is more inspiring, but slightly more consider Clinton the better candidate to beat Trump if he is the Republican nominee in November.

The survey was conducted for The Associated Press and television networks by Edison Research as voters left their polling places at 35 randomly selected sites in Indiana.