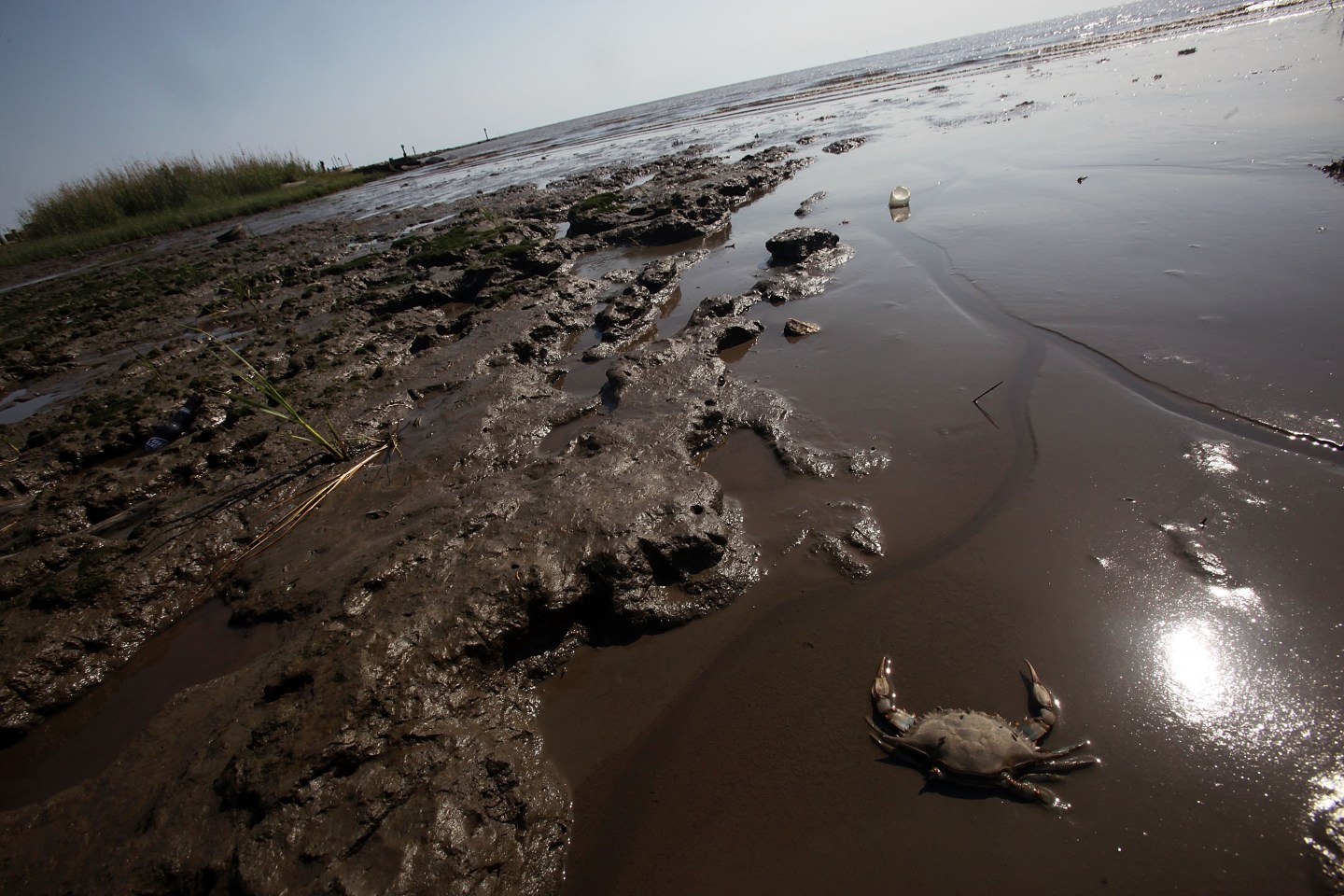 This story has been corrected. See bottom.

BP has agreed to hand over $1 billion to shrimpers, fishermen, oystermen, and seafood processors for its role in the 2010 Gulf of Mexico oil spill.

The energy giant was initially asked to pay about $2.3 billion to fisheries and sailors whose livelihoods were affected by the incident. But after paying $1 billion, BP claimed that the number of plaintiffs had been inflated and the company fought against paying the rest for the past two years.

Now BP is letting it go—although some of the people it is compensating might not even exist or aren’t related to the case.

“We have withdrawn our claims seeking an injunction against payments by the Seafood Program so the program can be concluded,” Geoff Morrell, a spokesperson for BP told Fortune in an email. A New Orleans federal judge accepted the request to drop the claim Monday, Bloomberg reported. The $2.3 billion Seafood Program is just a portion of the reparations BP has promised to make to state and local governments and other individuals.

In 2010, BP spilled four million barrels of crude into the ocean, affecting five states, killing 11 rig workers, and forcing several fisheries to close down. As a result, the company has spent $56 billion so far over the past six years to clean up the aftermath.

Roughly two years ago, BP said there were irregularities in a list of plaintiffs submitted by Texas attorney Mikal Watts, and claimed that the lawyer had injected extra names—adding hundreds of millions of dollars in expenses for BP.

Although BP has agreed to pay the $2.3 billion to fisheries in full, the company is still pursuing another lawsuit against Watts, who was indicted in October, having been accused of making false claims and identity theft in relation to the case. Watts has previously claimed as many as 44,000 boat captains and crew members as clients—though it was later revealed that some of those names and social security numbers were tied to dead people and in one case, a dog, Bloomberg reported.

That said, BP could still face even more expenses related to the gulf spill in the future—hurting the company’s earnings at a time when the price of crude is already low. And even now, the company isn’t sure how much higher those expenses will go.

“It’s impossible to come up with a best estimate,” BP CFO Brian Gilvary told analysts during the company’s earnings call last month, according to the Wall Street Journal.

Correction: In a previous version of this story, a headline incorrectly stated that BP had to pay an additional $1 billion for its role in the 2010 Gulf of Mexico oil spill. The $1 billion is part of a previously announced settlement plan.