America’s Auto Sales Boom May Finally Be Over 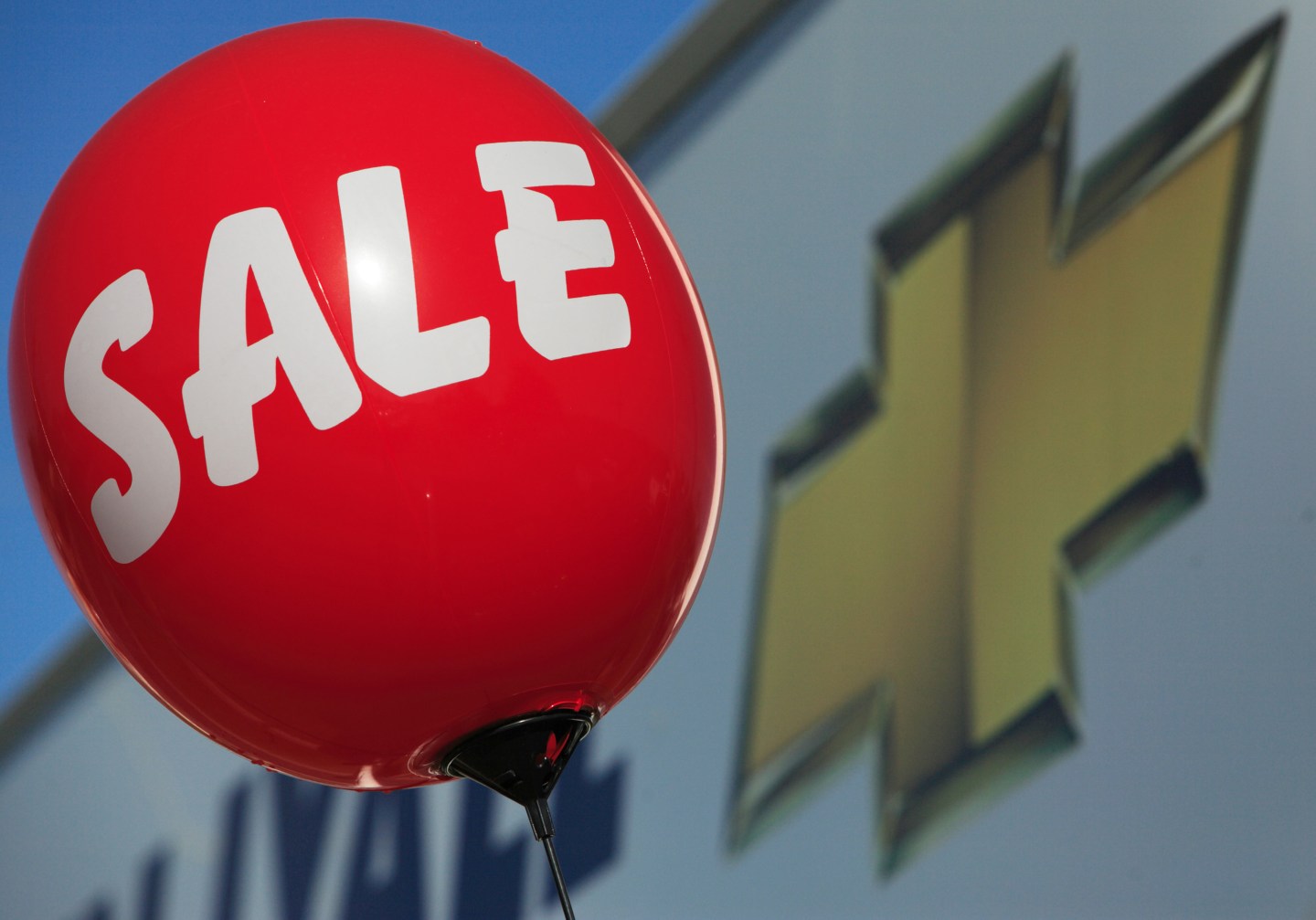 U.S. auto sales were on course to reach a new high for the month of April on Tuesday, but shares were pressured on concerns the cyclical industry may be hitting a peak and luxury sedan sales were slowing.

GM and Ford (F) shares were down more than 1% along with the broader market, while Fiat Chrysler Automobiles (FCAU) fell 2.7%.

Many Wall Street analysts say the U.S. auto market is close to a cyclical peak and will begin to weaken. The overall decline in GM’s U.S. sales for April reinforced that view, although GM said retail sales to individual customers rose 3% in April, while volume fleet sales fell.

GM’s monthly sales dropped 3.5%, more than analysts expected, but the company said it is cutting incentives that sap the bottom line, and that sales of pickup trucks remained strong.

“SUVs and crossovers continue to drive the industry,” said Tom Libby, an analyst with IHS Automotive. “Small mainstream crossovers such as the [Honda] CR-V and [Ford] Escape are the most popular vehicles.”

Several automakers said consumer demand remained strong. Ford said it posted its best retail sales for April in a decade, and Honda (HMC), which does little business in fleet sales, had its best April ever.

Luxury sedan sales were down, dropping more than 20% for both GM’s Cadillac brand and Toyota (TM).

Ford’s April sales rose 4% as the No. 2 U.S. automaker continued to set records for both pickup trucks and SUVs for the month.

Fiat Chrysler sales jumped 5.6%, while Nissan recorded a 13% gain as the Japanese automaker showed strong car sales in the face of increased consumer desire for SUVs and trucks.

For Volkswagen’s namesake brand, sales dropped 9.7% as it continued to suffer from a diesel emissions scandal and the lack of competitive SUV or pickup truck models in the U.S. market.

Each month, auto sales are an early indicator of U.S. consumer spending. The auto industry has generally been ahead of the overall economy since a recovery that began in 2010.

U.S. economic growth braked sharply in the first quarter to its slowest pace in two years as consumer spending softened and a strong dollar continued to undercut exports.