Meet the Woman Behind the ‘Oscars of Food’ 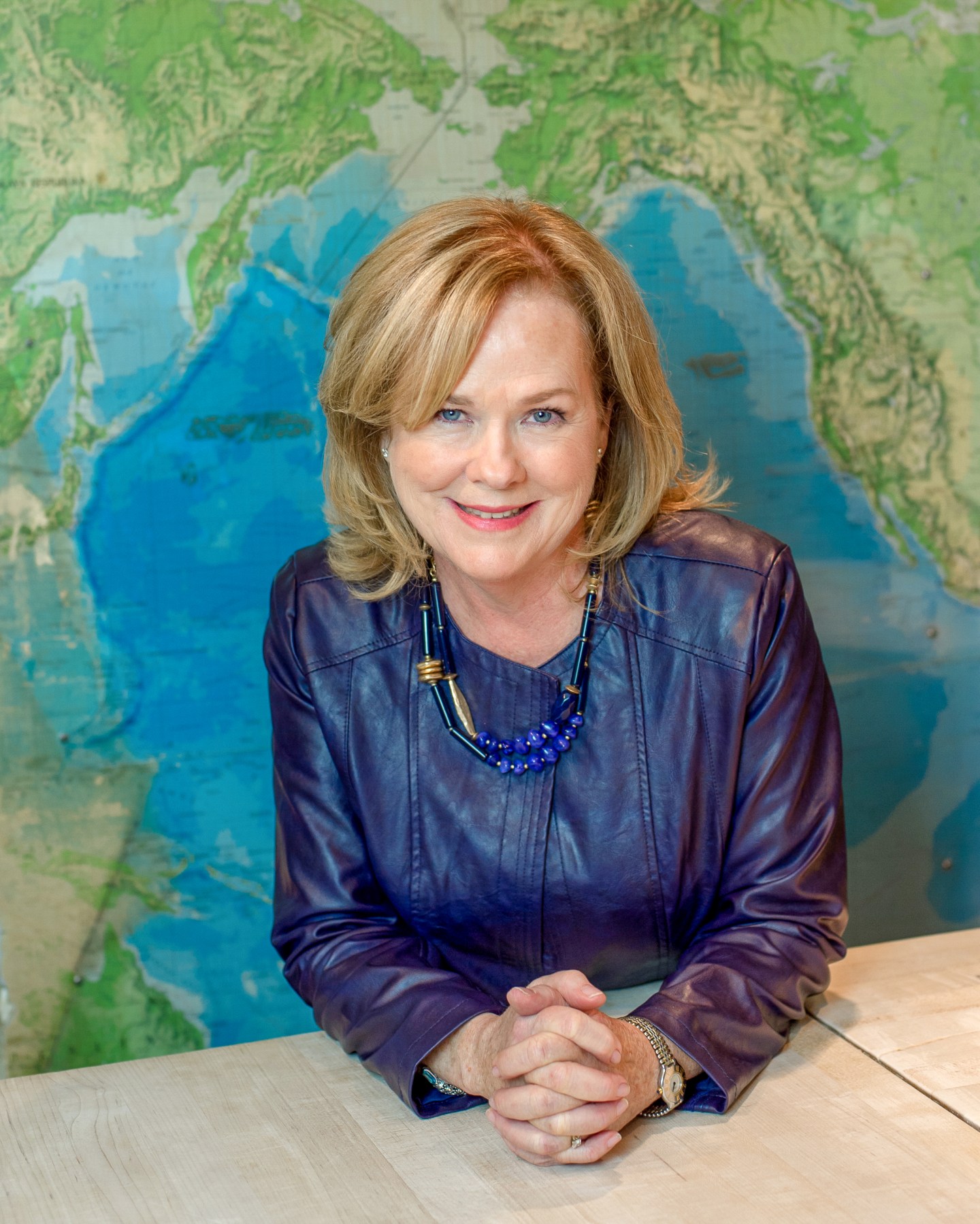 On Monday, the leading members of the gastronomic universe will gather for the annual James Beard Awards—often referred to as the Oscars of the food business. But while the nominated chefs and restaurateurs will get most of the spotlight, the event wouldn’t exist without Susan Ungaro, president of the James Beard Foundation.

This year will be Ungaro’s eleventh awards ceremony, an event that she moved to Chicago in 2015, after more than two decades in New York City. The switch surprised foodies, who maneuver each year to score one of the $500 tickets ($425 for foundation members) to mingle with old guard restaurateurs, celebrity chefs like Danny Meyer and Mario Batali, and the new generation, including “Cronut King” Dominique Ansel (Outstanding Pastry Chef, 2014) and Jessica Largey (Rising Star Chef of the Year, 2015).

But the move made business sense for Ungaro, 62, who was approached by the tourism office of Chicago at the urging of Mayor Rahm Emanuel. The Chicago mayor, says Ungaro, recognized the value of “culinary tourism” and gave his team marching orders to lure the Beard Awards to the Windy City. After a series of negotiations, she agreed to make the change when Chicago pledged to raise $1.7 million for the Beard Foundation.

It was a significant sum for Ungaro, who had spent the first six years of her 10-year tenure digging the foundation out of debt. In fact, when Ungaro was hired in 2006, the former board president, Leonard Pickell, Jr., had been convicted of embezzling hundreds of thousands of dollars in foundation money and some journalists who served as judges on the prestigious awards committee had begun resigning. (Pickell died in 2007). At the time, Ungaro may have seemed like an odd choice to right the ship. She had spent her entire career at Family Circle magazine, the last 12 years as it editor-in-chief, but left the company in 2005 when Gruner + Jahr Publishing sold the magazine to Meredith Corp. She was not an expert in fine dining and her only experience in the restaurant business was a stint at McDonald’s during college.

Yet Ungaro had served on the boards of a number of non-profits, had been president of the American Society of Magazine Editors (ASME), and had worked closely with the business side at Family Circle. Implementing a series of changes over the past decade, Ungaro has put the Foundation back in the black.

Fortune sat down with Ungaro a couple weeks before the awards to discuss culinary tourism, the food world and how the Beard Foundation might avoid a #OscarSoWhite-like campaign. Questions and answers have been edited for space and clarity.

Fortune: Before the awards were moved to Chicago, they had been in New York for 24 years. How did the city react to losing such a big event?

Susan Ungaro: The press reached out to [Mayor De Blasio] and he didn’t really say anything but ‘I wish you all the best.’ There has been no counter. No one from New York has said, ‘Why did you leave us and will you come back?’—which frankly surprises me.

Are other cities courting you now to host the awards and are you planning to move again?

No decision will be made for a year, but after we announced we were moving the awards out of New York, food cities that understand the value of being able to say ‘home of the James Beard Awards’ began reaching out to us and we are having conversations.

The Beard Awards are often described as the Oscars of the food world. But they’ve also been criticized for being exclusionary. How do you pre-empt a campaign like #OscarSoWhite?

I think we, along with rest of businesses in this country, have a long way to go when it comes to parity and equality. But the awards are not in our control and they shouldn’t be. What the Foundation can control, which is every other program we sponsor—who cooks at the Beard House, who cooks at Chefs and Champagne—for those, my team always looks at diversity. I would throw back to you that your company does the Fortune 500 list, and every year there’s only like 15 women and 5 African Americans on the list. That gives you a snapshot of what’s going on in this country.

So how are the winners chosen?

For the restaurant and chef awards, there is a call for nominations, which is online. This year about 20,000 people participated. Then there is a group of curators, up to 17 journalists who represent the country, who review all the votes, pare the list and come up with semi-finalists. That list is further winnowed down in a multi-step process by 600 or so voters made up of those same journalists, regional judges, plus past winning chefs and restaurateurs. The final winners are announced in May after an accounting firm tabulates the winners.

Has the diversity of the nominees improved?

When you were hired as president in 2006, the Beard Foundation had gone through some rocky times. Can you talk about the financial situation?

How did you increase revenues?

I moved the awards from the Marriott Hotel where it had been for years to Lincoln Center to make it a more glamorous, red carpet event and a more profitable opportunity for us because we could charge more for tickets, get better sponsorships. We have added new events, like Taste America, where we bring the James Beard house experience to 10 cities. There are also additional dues from increased memberships, and more people coming to the Beard House dinners.

What are the management principles that guided you?

I had a steep learning curve. The biggest epiphany for me was I wasn’t just running a foundation, I was running restaurant. When I first started, I remember asking the night kitchen manager to clean the reception area and he said, ‘I haven’t clocked in yet.’ I hadn’t heard that phrase since I worked at McDonalds. He’s still with us, but that’s when I realized I had both hourly employees and salaried ones.

And your management tips?

You don’t have to be the smartest person running the show. You have to bring in people and value people who are smarter than you. Motherhood is a business asset. When you are dealing with employees, just like with children, if they don’t do something right you criticize the action, not the person. Always meet new people. They don’t have to be in the food business. There is strength in knowing your competitor. And, don’t ever think you’ve succeeded. I’m still humbled by the number of people who don’t know what the James Beard Foundation is.

Where you having dinner tonight?

At home! Today I was at Gotham Bar and Grill and last night my husband and I went to one of our favorite local restaurants. So tonight I need to eat light. We may just have omelets and toast.