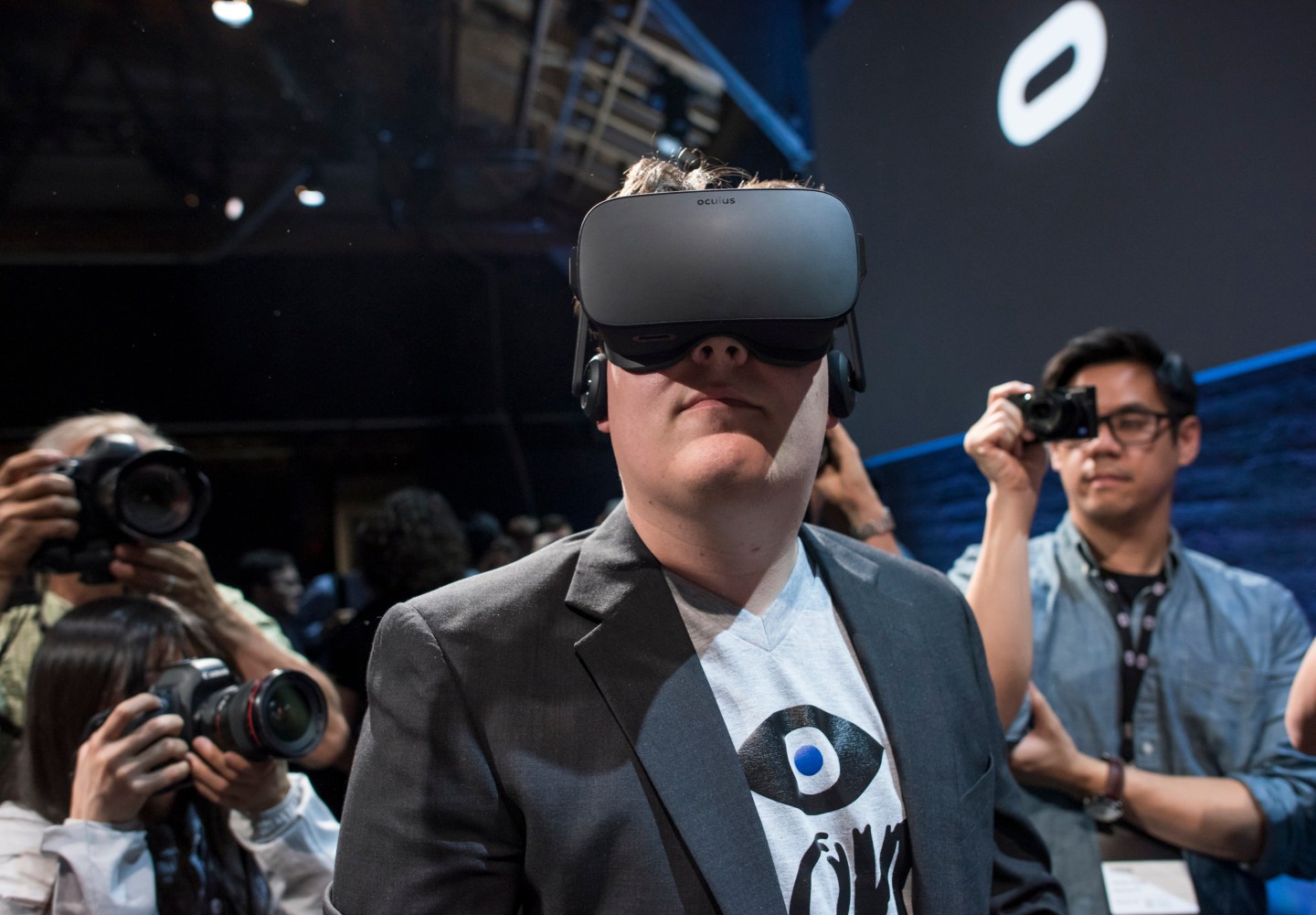 Now, Oculus wants to give people a chance to experience the VR headset in person at 48 Best Buy locations across the United States starting May 7, the company said in a blog post. Plans are in the works for more Best Buy stores to get the Oculus Rift later on this summer, the post added.

Interested consumers who have only read about the Oculus Rift but have never experienced it in person will be able to schedule a demo of the device at Best Buy stores. Customers make online reservations for Oculus Rift demo sessions in Best Buy stores up to a month in advance.

For those planning to purchase a Rift unit at Best Buy (BBY), be aware that “quantities will be extremely limited” because the hardware maker still needs to “catch up on Rift pre-orders,” warned Oculus.

Soon after the Rift was made available for shipping, some customers who pre-ordered the headset online soon started to publicly complain that the company was late to delivering the device.

Oculus acknowledged that there have been customers who have yet to receive their headsets, promising that if those customers decide to buy a Rift at Best Buy, Oculus will cancel their pre-orders.

For more on Oculus, watch:

Additionally, Oculus said a “small number” of Rifts will be available to buy from the websites of Microsoft (MSFT) and Amazon (AMZN) on May 6 at 9 a.m. PT.