Donald Trump Is Not Prepared for the General Election 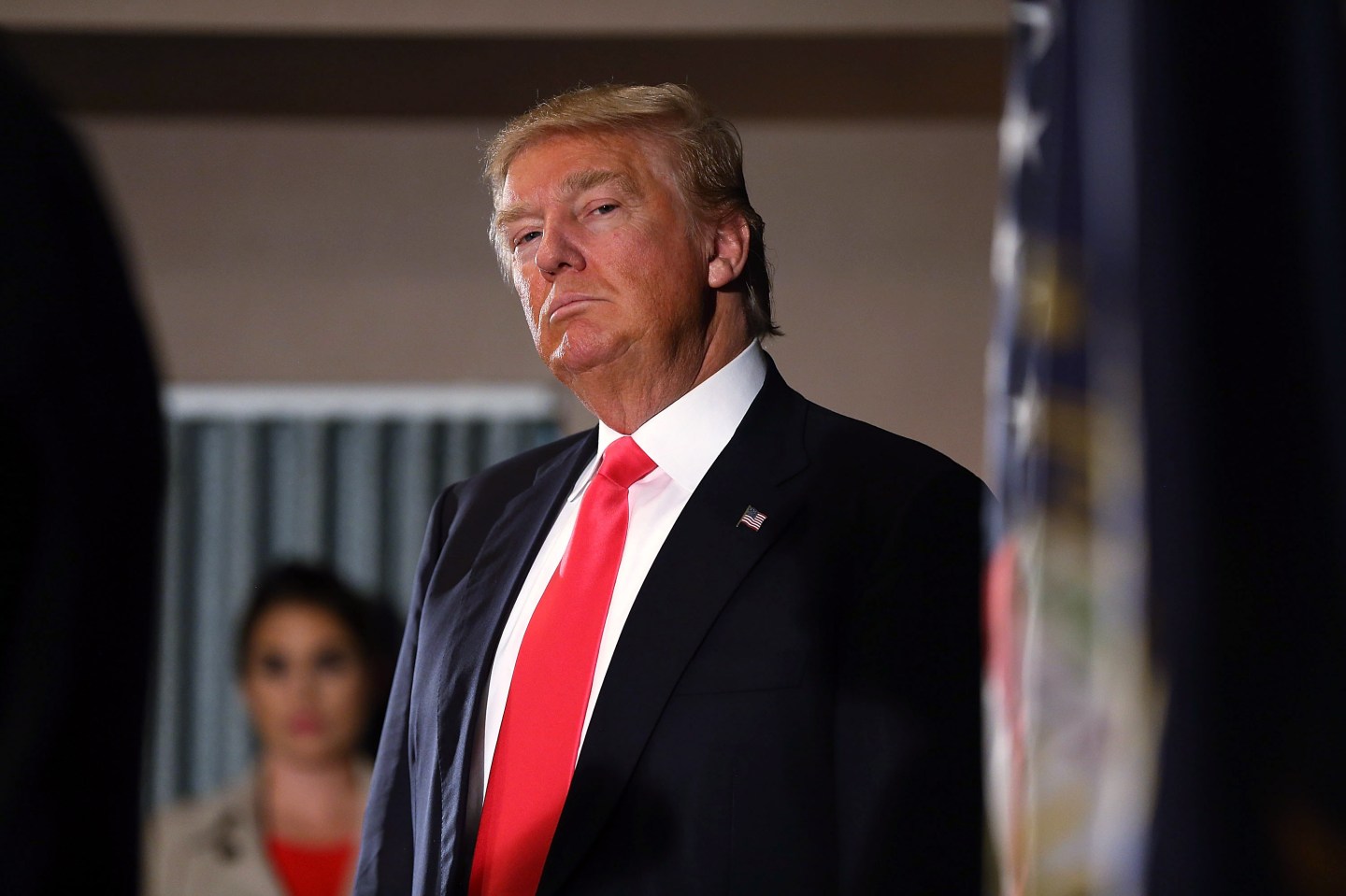 WASHINGTON (AP) — The Republican presidential nomination may be in his sights, yet Donald Trump has so far ignored vital preparations needed for a quick and effective transition to the general election.

The New York businessman has collected little information about tens of millions of voters he needs to turn out in the fall. He’s sent few people to battleground states compared with likely Democratic rival Hillary Clinton, accumulated little if any research on her, and taken no steps to build a network capable of raising the roughly $1 billion needed to run a modern-day general election campaign.

Trump’s early campaign efforts, fueled so far by the sheer force of his personality and free media coverage, leave him with little choice but to rely on his party’s establishment allies — the Republican National Committee, above all — as the scale and scope of the 2016 contest grow exponentially. That’s even as he rails against his party’s establishment daily as corrupt.

“He may be able to get by on bluster and personality during the primaries, but the general election is a whole different ballgame,” said Ryan Williams, a veteran of Mitt Romney’s presidential campaigns. “They’re essentially starting from zero heading into the general election.”

Trump’s late start marks a sharp break from past Republican campaigns and that of Clinton, who is already beginning to shift resources to the November election. The Republican front-runner’s organizational disadvantage marks another warning sign for GOP officials who already feared he was unelectable this fall — even if he were well-prepared.

Trump has taken steps in recent week to add experienced political staff to expand his bare-bones organization. Yet the team has been consumed by playing catch up with Republican rival Ted Cruz, devoting almost no energy or planning to the next phase. Trump hopes he can score a victory in the Indiana primary Tuesday that can effectively end Cruz’s bid.

Trump campaign manager Corey Lewandowski conceded that the organization’s overwhelming focus has been on winning the nomination, but suggested the strategy during the primaries can be replicated.

“Our ability to run a different type of campaign against Hillary Clinton in a general election is unique to the success that Mr. Trump has shown in the primaries,” he said.

Lewandowski and other aides also signaled a willingness to work closely with the Republican National Committee should Trump claim the nomination — “hand in glove,” in Lewandowski’s words.

Ed Brookover is working from a recently opened Washington-area office that is tasked with developing Trump’s detailed policy prescriptions and working with allies on Capitol Hill. “From all reports — we’ve not gone in and kicked the tires yet — the RNC’s got a larger ground game already in place than ever before,” Brookover said. “And they’ve been investing an incredible amount of money on data.” He said that’s “going to be incredibly helpful.”

Indeed, the Republican National Committee has been expanding its national footprint and accumulating detailed information about millions of general election voters since soon after the GOP’s disastrous 2012 election. With only a few employees on the ground at this time four years ago, the RNC now has more than 200 in general election battlegrounds such as Florida, Ohio, North Carolina, Virginia and Colorado.

“We are so far ahead of where we were,” said RNC chief strategist Sean Spicer. “Whether it’s Trump or someone else, that’s going to be a huge advantage.”

On the Democratic side, Clinton has already begun to send waves of campaign staffers to battleground states. Adviser are starting to consider locations for a splashy convention rally in Philadelphia and lawyers are scrutinizing more than two dozen possible vice presidential picks. The Democratic front-runner also has a well-established donor network and is planning lucrative fundraisers in New York, Michigan, California and Texas later this month.

Trump has lashed out at other candidates for raising money from wealthy donors, but GOP leaders anticipate he will need to do the same thing in the coming months. Many Republicans are skeptical that Trump has the willingness or the capacity to cover the estimated $1 billion cost of the campaign ahead.

Absent a massive personal investment, Trump and his party will be tasked with raising millions of dollars a day to match spending levels from the past election. The Romney campaign spent years developing an extensive fundraising network and collected general election cash long before his primary contest was decided.

For now, though, the Trump campaign concedes it has done little to prepare for the fall fight.

“Once we are the nominee, we will look at all the options,” Lewandowski said of fundraising. Trump still has staff on board in battlegrounds such as Ohio and Florida, though employees and volunteers have been consumed by the primaries.

“We’re focused on winning Indiana and then going on and winning California and New Jersey and anything in between,” said Stephen Stepanek, Trump’s co-chairman in New Hampshire, which is a perennial swing state. “Then we will start talking about the general election.”