Digiday Shows There Is Money in Media if You Stay Focused 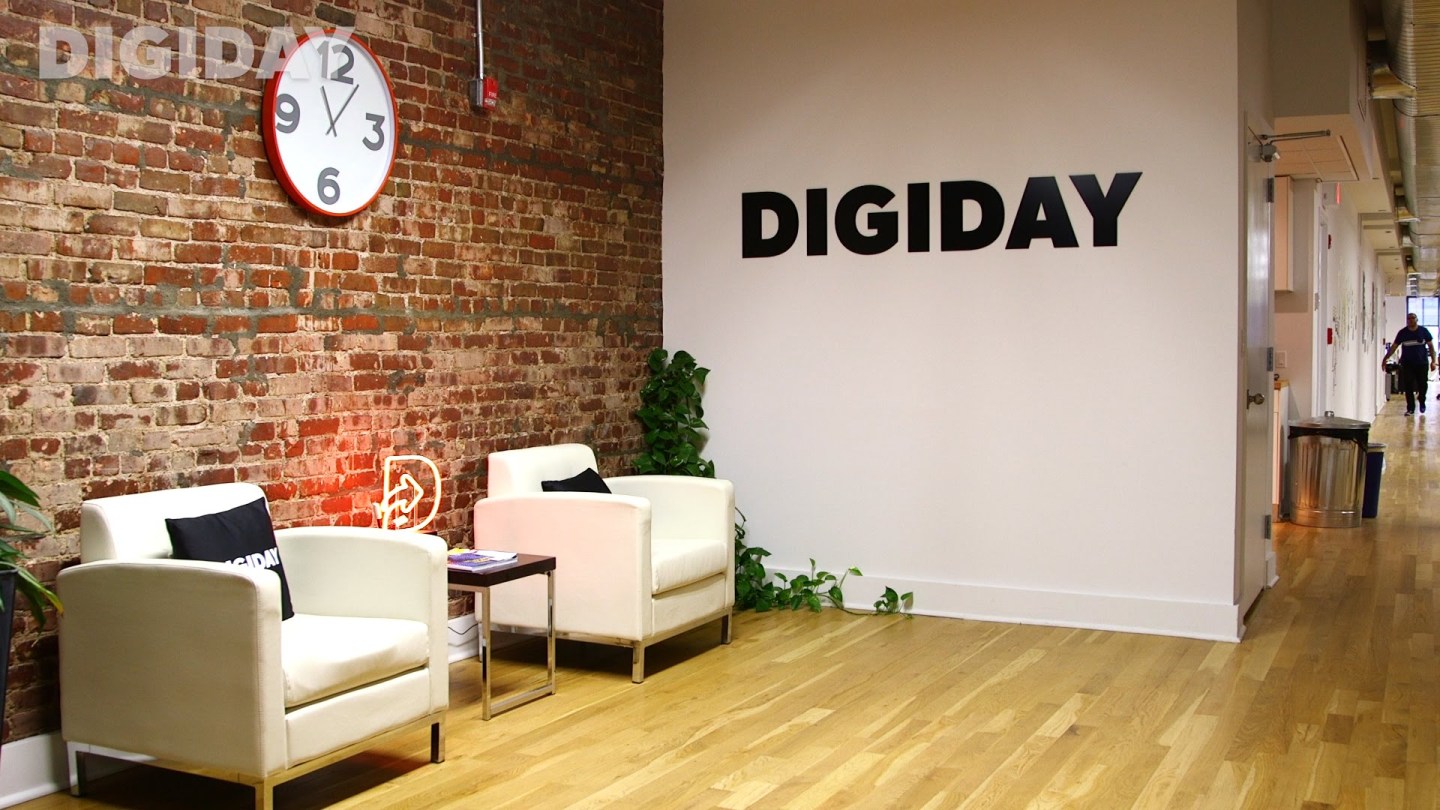 You might not have heard of an online publication called Digiday—unless you spend all of your time reading about the media industry, and specifically the marketing side of the digital media industry, in which case you probably read it all the time. It’s like a trade magazine for online media, and founder Nick Friese says that focus has allowed the company to grow rapidly without ever taking outside funding.

On Monday, Digiday announced the launch of a new publication called Glossy, which will focus on the business of fashion. It’s an attempt to take the success it has had in media and apply it to a different topic vertical, Friese said in an interview before the launch.

“My original vision with Digiday was always to have a business with a variety of different titles, each covering how digital was changing that industry or area,” the Digiday founder said, recalling how the company began in 2008, in the middle of the U.S. recession. “I started with media because that was the industry I was in myself at the time, but the idea was always to branch out and add more categories.”

Fashion may seem a long way away from the media and marketing industries, but Friese said the company plans to take the same approach to Glossy as it took with Digiday—which is to rely on a staff that is passionate about the industry, and then build on that and add other things that can drive revenue, such as conferences and other events.

Digiday, for example, has held more than 250 events since it started in 2008, and plans to host more than 25 this year alone. They aren’t all large-scale conferences, however. Friese said they range from large shows to smaller events aimed at a specific group within the industry, as well as sponsored award programs. Some are done with a local partner who produces much of the content, such as the events it does in Japan.

The company has about 60 employees in offices in New York, London and Tokyo. Friese won’t say exactly how much Digiday makes in terms of profit or sales, except to say that “revenue is well into eight figures, and profit is well into seven figures.” Revenue has grown by anwyhere from 30% to 50% every year, Friese said, and other than a small angel investment in the early days of the company, it has never taken outside funding.

Editor-in-chief Brian Morrissey, who has been with Digiday ever since he moved over from Adweek magazine in 2011, said that not having outside investors the way other online media companies such as BuzzFeed do has been a blessing.

“Not having venture capital has kept us from focusing on things that don’t build the business,” Morrissey said. “I think you’re seeing that with video, where some sites are doing it because that’s what Facebook wants—and they’re doing it not because their audiences are craving live video, but because they have to reach this unrealistic number that’s been set by their venture capitalists.”

As media companies like BuzzFeed and Vice Media continue to try and become as large as possible, some media executives are warning that the race for scale may be a mirage (Digiday gets a relatively paltry 2 million unique visitors a month, but says it is happy with that number). Bloomberg Media head Justin Smith said he believes more media companies will start to realize the benefits of targeting a specific market.

Focus is something media entrepreneur Rafat Ali, founder of the travel site Skift, has also been preaching for some time. He helped start the Verticals Collective, which focuses on smaller media businesses that target a specific niche, such as Digiday does.

In addition to advertising on the Digiday site—which generates about half the company’s revenue—and running events, Friese said the company has also built a digital-advertising agency or studio in house that creates ads for a variety of marketers both on and off the site, including clients such as Nissan. The Digiday founder said the studio will likely be spun off as a separate business later this year.

The company is also moving into a new area—namely, subscriptions. Digiday just introduced a new magazine called Pulse, which will be published quarterly as a PDF and a print magazine. Friese said the magazine will offer subscribers “unique insights, including weekly calls with our editors, special reports and custom events.”

Morrissey said that Digiday’s initial approach has not changed: It tries to serve its community of readers in as many different ways as it possibly can. And any financial success the company has had so far stems from that, he said.

“We’re seeing conversation starting to shift from how you amass huge audiences through social and digital, vs. how do you amass the right audiences, and then go deep and serve them,” said Morrissey. “Digiday was able to put itself at the center of an industry going through a lot of changes.” The lesson, he said, is that “if you make yourself indispensable to a community, you can build a sustainable media business.”