Should the CIA Have ‘Live-Tweeted’ the Bin Laden Raid? 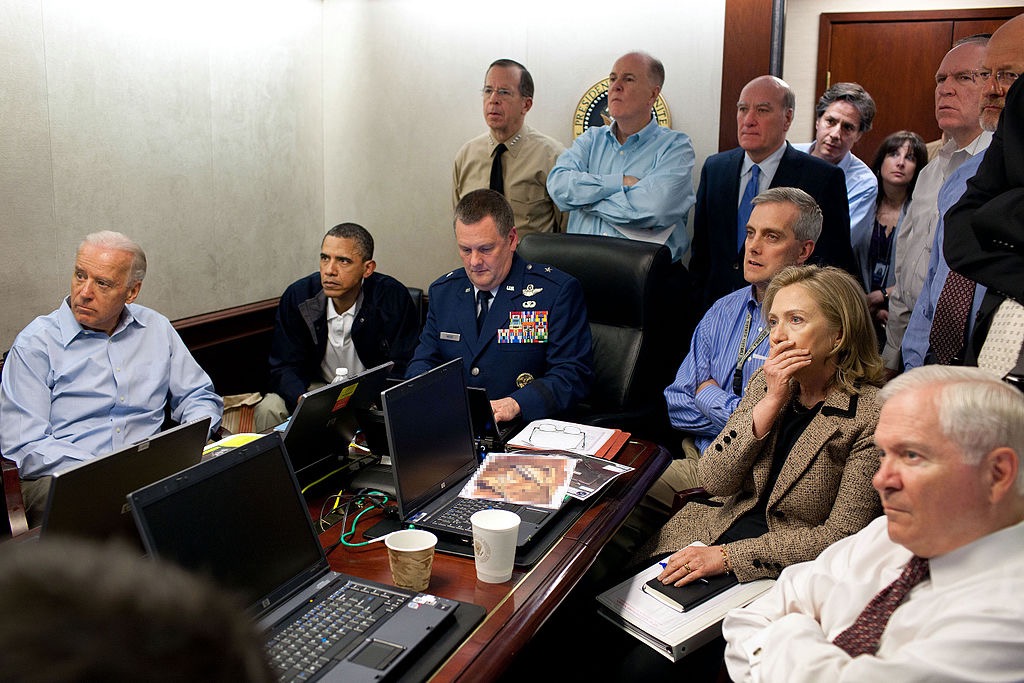 Courtesy of the White House

The Central Intelligence Agency decided to commemorate the five-year anniversary of the raid on Osama Bin Laden’s compound by “live-tweeting” it as if it were happening today. And it backfired.

The CIA’s Twitter feed on Sunday featured several tweets and exact times reliving the raid on Bin Laden’s compound in Abbottabad, Pakistan. It kicks off with President Obama’s approval of the mission on May 1 at 1:25 p.m. ET. Approximately 25 minutes later, helicopters leave Afghanistan for Pakistan, and by 3:30 p.m., the president and his senior staff are watching the raid as it happens from the Situation Room. At 3:39 p.m., Bin Laden was killed, according to the CIA tweet.

The tweets then go on to mention the approximately 30 minutes that assault team members used to collect computers and documents at the house, destroyed one of their downed helicopters, and ultimately flew out of Abbottabad.

The story, of course, has been told countless times before, but this was the first time the CIA used Twitter to live-tweet what it may have been like had the agency divulged the operation as it was happening—something, of course, it wouldn’t really do during a top secret mission. Regardless, the agency said in a tweet preceding the series it published that it did so to “mark the fifth anniversary” of the operation against Bin Laden.

That was supposed to be it: a simple retelling of the story of Bin Laden’s death according to the U.S. government. What quickly transpired, however, was an Internet backlash, with countless Twitter users rushing to tweet their criticisms about the CIA’s move, questioning what really happened, and calling on the CIA to stop the live-tweeting entirely.

Indeed, the range of contempt for the CIA’s live-tweeting was wide. Some simply called it “seriously inappropriate” while others made jokes like “spoiler alert.” Still others shared conspiracy theories by questioning whether Bin Laden is really dead and attacked the official story of what happened in his compound.

Now more than a day since the live-tweeting started, the criticism hasn’t let up. Tweets are flowing on Twitter from users questioning the CIA’s public relations tactics.

“Welp, this would not have been my strategy,” one Twitter user said. “But nobody asked me.”

For more about the Osama bin Laden raid, watch:

Another Twitter user was a bit more direct by calling for the firing of the CIA’s “web team,” and adding that the entire live-tweeting was “grotesque and embarrassing.”

Of course, some have responded positively to the tweets like one person who called the reliving of the raid “harrowing.” An overwhelming number, however, have been critical of the CIA’s decision.

The CIA did not immediately respond to a request for comment about its live-tweeting.