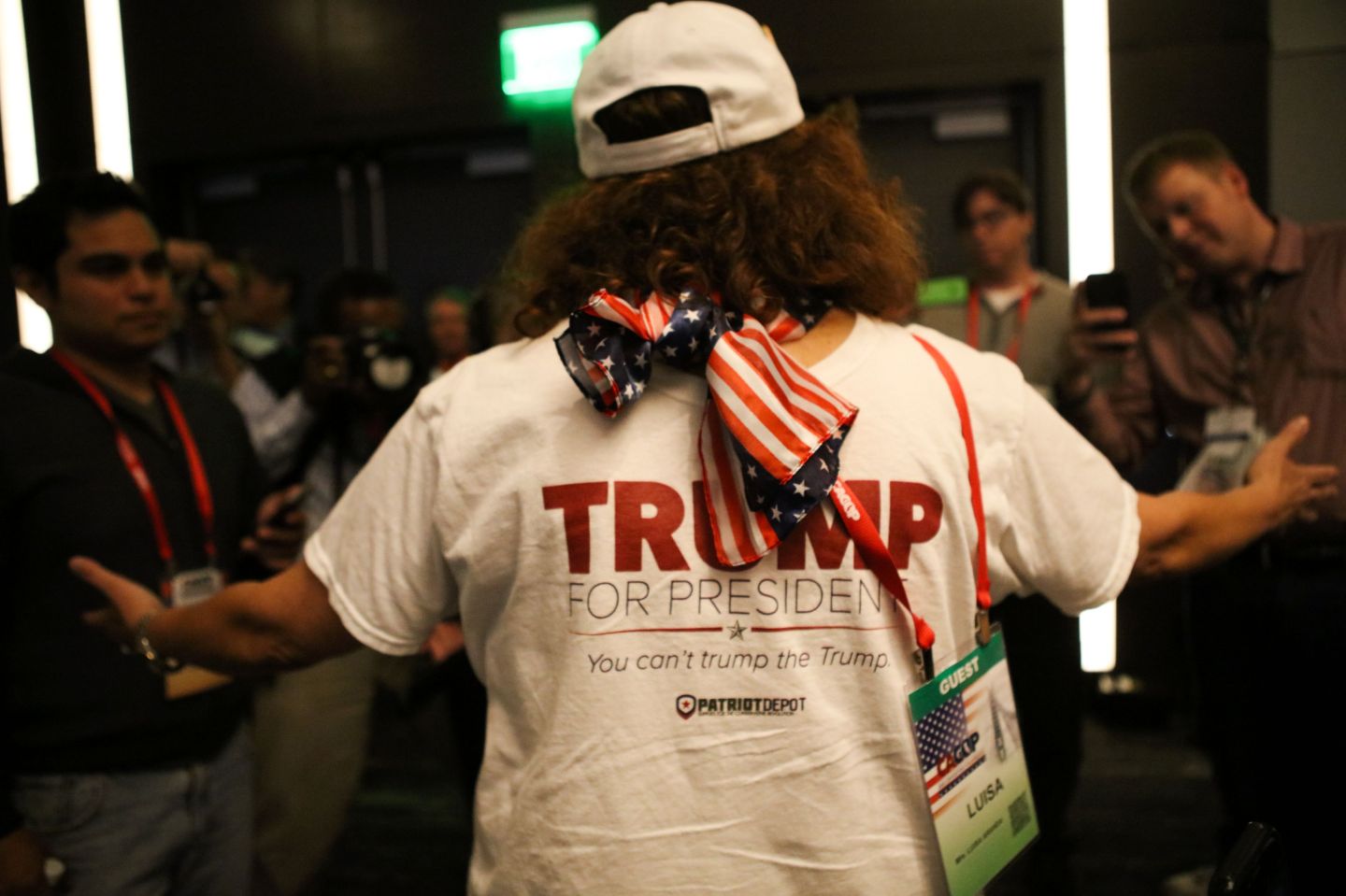 Republican presidential candidate Donald Trump supporter Luisa Aranda gestures as she is interviewed before Trump speaks at the California Republican Party 2016 convention in Burlingame, California, April 29, 2016. Hundreds of protesters jostled with police in riot gear outside a California hotel where Republican presidential frontrunner Donald Trump was to give a speech, forcing the candidate to duck into a back entrance. / AFP / GABRIELLE LURIE (Photo credit should read GABRIELLE LURIE/AFP/Getty Images)
Photo by Gabrielle Lurie—AFP via Getty Images

The recent alliance between Ted Cruz and John Kasich doesn’t appear to be doing much to stop Donald Trump’s ascent to the Republican nomination.

According to a new NBC/WSJ/Marist poll, Trump is leading in Indiana ahead of the state’s primary on Tuesday. The Republican frontrunner is ahead with 49% of the vote. Cruz is 15 points behind at 34%, and Kasich is bringing up the rear at 13%.

As per the Cruz-Kasich alliance, Cruz planned to focus his campaign efforts on Indiana, while Kasich agreed not to campaign in the state. Unfortunately for the two candidates, the agreement may have actually backfired considering 58% of likely Republican voters in Indiana said that they disapprove. Though 63% said that it wouldn’t become a factor in their voting, 37% said that it would be.

Fortune reported that Indiana Governor Mike Pence would endorse Cruz ahead of the primary, but that doesn’t appear to have helped him get an edge on Trump.

“In Indiana, Trump is positioned to corral all of the [state’s 57] delegates, which will be a big prize toward winning the nomination outright,” Lee Miringoff, director of the Marist College Institute for Public Opinion, told NBC News. Trump currently has claim to 996 delegates. Winning Indiana would bring him to 1,053—closer to his goal of 1,237, which would win him the Republican nomination. At this point, without a contested convention, it’s mathematically impossible for either Cruz or Kasich to be granted the nomination.

The race on the Democratic side is much tighter in Indiana. Hillary Clinton is leading Bernie Sanders by just 4 points—50% to 46%.

What’s most interesting is that the Republican candidate that would be the biggest threat to Clinton in Indiana during the general election is Kasich. While she trails both Trump and Cruz by 7 points, Kasich has a 19 point lead against her, 56% to 37%, in a one-on-one match up.