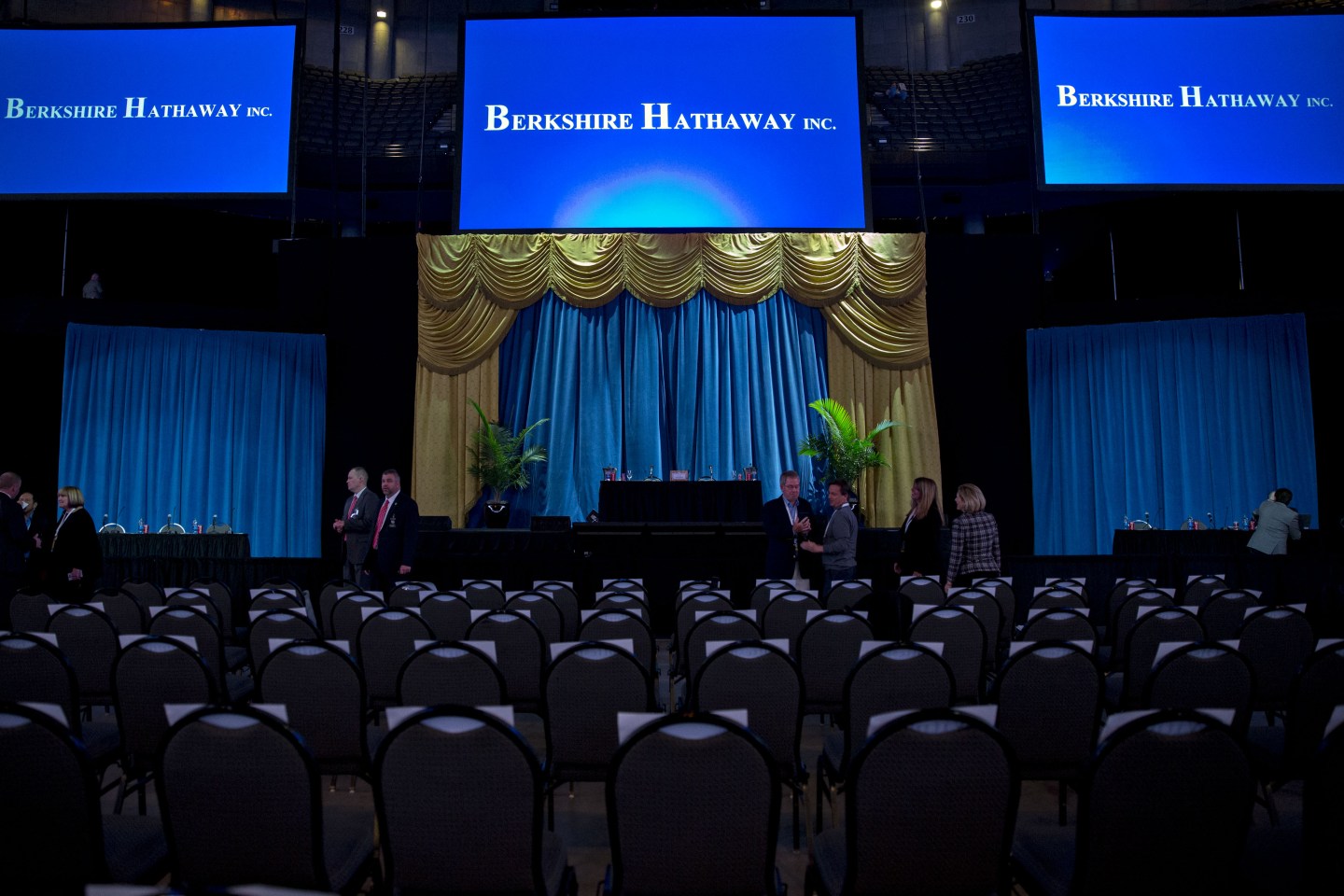 Warren Buffett says the hedge funds, including that of Bill Ackman, and others who piled into the shares of Valeant Pharmaceuticals (VRX) and lost big should have seen it coming.

Buffett, at Berkshire Hathaway (BRK-A) annual meeting, said over the years numerous people tried to get him to buy the stock, or wanted him to meet Valeant’s former CEO Michael Pearson. But he never was interested. Buffett said there are patterns he has come to recognize over the years that are red flags to him. And says those flags were flapping at Valeant, which Buffett said had a “deeply flawed” business model.

“If you have an intelligent guy pursuing a course of action that will put you on the front page, that will eventually get you into trouble,” says Buffett. “Patterns that frequently come to a bad end, but look extremely good in the short run,” essentially saying that Valeant was too short-term.

Buffett got into a behind the scenes dispute with hedge fund manager Bill Ackman last year over Valeant, after his No. 2 Charlie Munger compared Valeant to famously flawed conglomerate ITT.

Munger for his part on Saturday said, “Valeant was a sewer and those who ran it deserve the opprobrium they got.”

Click here for all of Fortune’s coverage of Berkshire’s annual meeting.