Donald Trump Slips Through the Fence 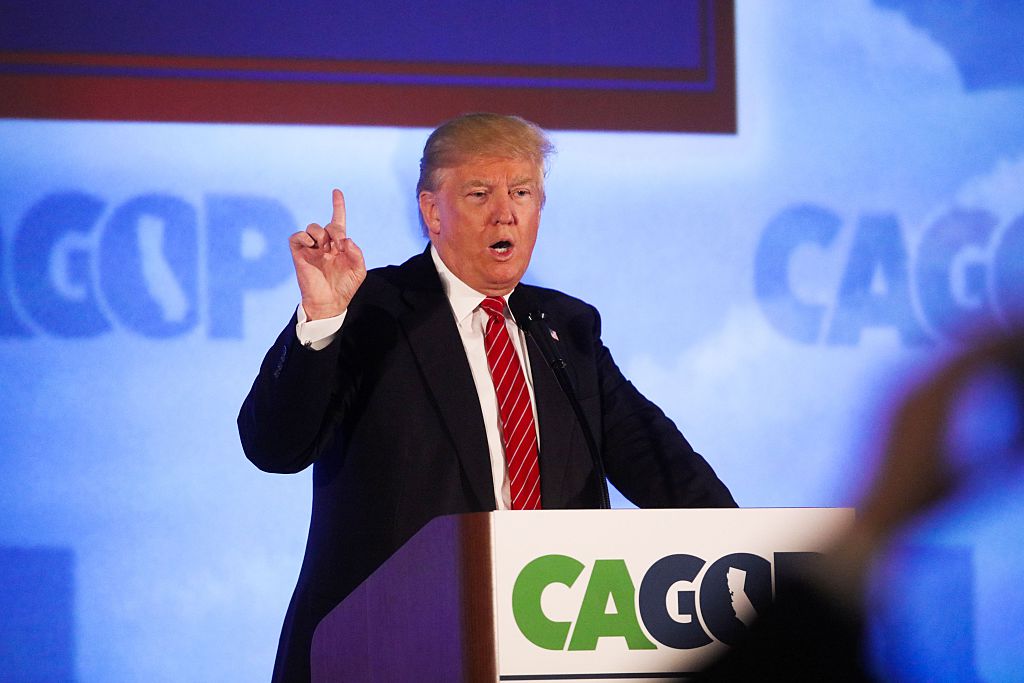 For a picture of irony, it’s tough to beat the aerial shot of Donald Trump scurrying up a scrubby embankment in Burlingame, California on Friday. Hundreds of protestors had amassed at the main entrance of a hotel there to disrupt his appearance at the California Republican Convention, so the GOP frontrunner was forced out of his motorcade to sneak in the back entrance. The resonance of the image, looping on cable networks all afternoon, wasn’t lost on the anti-immigration hardliner. “That was not the easiest entrance I’ve ever made,” Trump said, once inside. “It felt like I was crossing the border, actually.”

This was the week that Trump, with his wall-based candidacy, consummated his own gatecrashing of the Republican Party. After a categorical victory on Tuesday — he not only won all five of the Eastern states that were voting, he carried every county — the billionaire drew within spitting distance of securing the 1,237 delegates he needs to bag the nomination on the first ballot at the Republican National Convention in July.

Some in the party signaled they’re finally ready to take the hint, with no less an old-guard archetype than Utah Sen. Orrin Hatch, the president pro tempore of the Senate, declaring, “It looks to me like he’s going to win, and if he does, I’m going to do everything in my power to help him.”

Others, including Texas Sen. Ted Cruz, aren’t yet willing to yield. Cruz flopped badly in the Tuesday contests and nevertheless tried to bounce back Wednesday, naming former Hewlett-Packard CEO Carly Fiorina as his running mate in a ploy that looked more desperate than decisive.

But those Republicans hoping a clinch by Trump might at least begin to suture the wounds from the primary before the party’s July convention are likely to be disappointed. If Cruz can no longer win, he’s got no less to lose. The GOP’s last contested convention, in 1976, pitted Gerald Ford, the presidential incumbent, against Ronald Reagan, a two-term governor who’d spent more than a decade on the national stage. Each, in his way, was deeply invested in the party. Trump and Cruz alike have little use for it, and both will march into Cleveland backed by armies of impassioned supporters similarly untempered by any fealty to the organization. That should make for a rowdy convention, no matter the delegate count going in — and an extended migraine for party leaders.

Even Trump, whose self-interest now should point him toward reconciliation, apparently can’t resist trashing the edifice he’s scaled. Addressing the crowd Friday after his hike through the dirt, he said, “There should be and there has to be unity. Now, with that being said, would I win, can I win without it? I think so.”