Why Major League Baseball Teams Are Turning to Virtual Reality 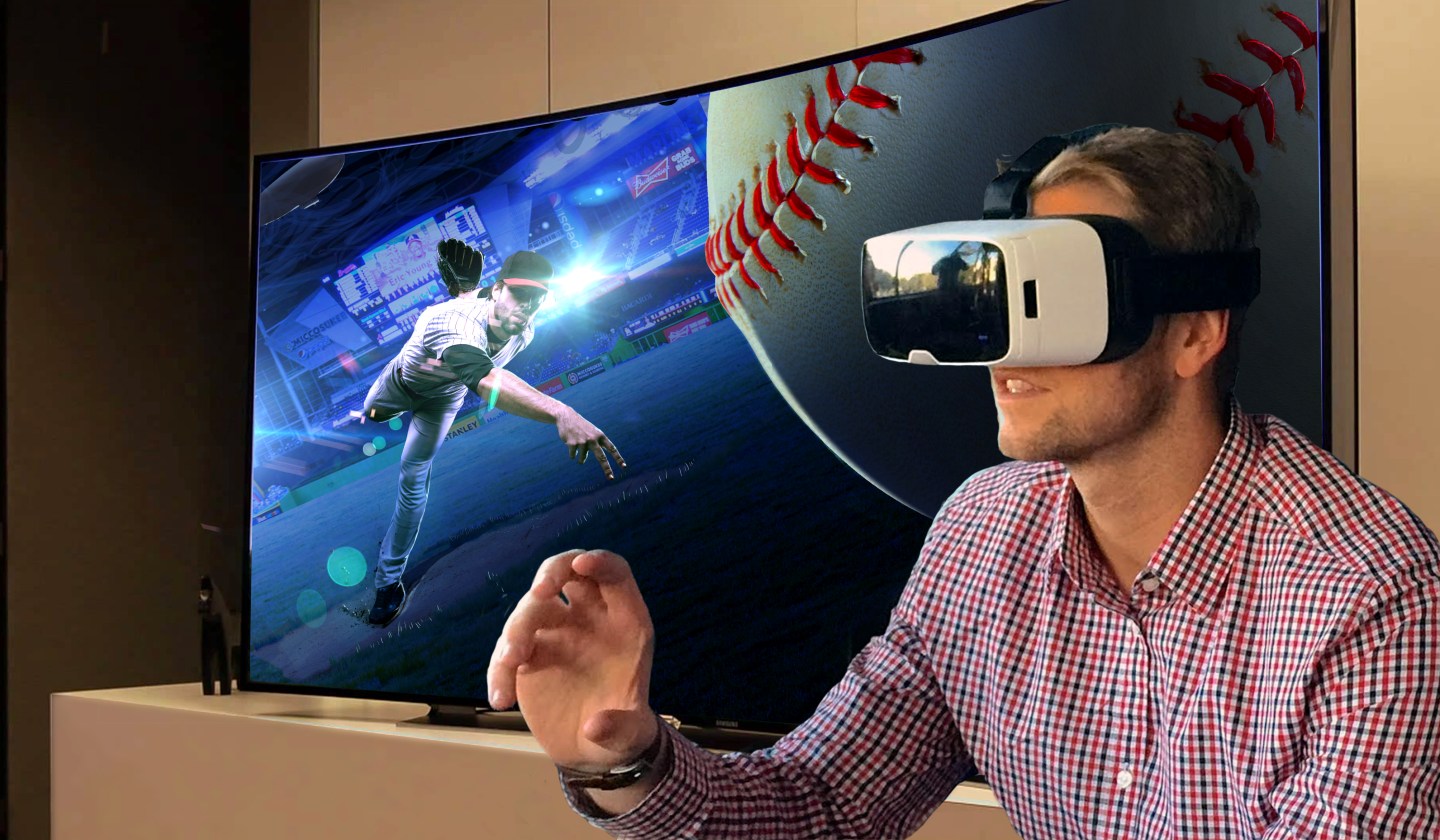 The Eon Sports VR headset that teaches baseball players how to hit against pitchers.
Courtesy of Eon Sports VR

Cody Andersen, a right-handed pitcher for the Cleveland Indians, stands on his mound. He winds up, aims, throws a 91 mph fastball, and hits the upper right corner of the strike zone.

Andersen does this inside a Starbucks in Midtown Manhattan, without anyone spilling a latte. That’s because this is a video game-like version of himself, an athlete caught inside a Samsung S7-enabled virtual reality ballpark, powered by EON Sports VR’s specially-made goggles and software. All of Andersen’s pitching tendencies can be seen up close—his pitch repertoire, how fast he throws each of them, and which part of the strike zone he often favors.

In total, there are 50,000 different pitches available from thousands of MLB players that are all pulled from the cloud into Eon Sports’ “Project OPS” software for baseball players. “It’s like an advanced scouting report,” CEO Brendan Reilly told Fortune.

He’s also making inroads into Major League Baseball—in April, the Tampa Bay Rays became the first MLB team to use virtual reality in their training. EON Sports VR set up a 10-foot-by-10-foot box called the “iCube” inside the Rays’ ballpark, where players get an up-close look of virtual replicas of real-life pitchers they could face, like a fastball from Los Angles Dodgers’ ace Clayton Kershaw or a slider from New York Mets’ Noah Syndergaard. “The ball moves exactly as Syndergaard’s [real] ball would move,” Reilly explained.

While he declined to reveal the actual number, Reilly said that “less than half” of MLB teams are currently using EON Sports VR’s technology in training. Add that to the in-roads it has made in football—where several colleges such as UCLA, Ole Miss and Syracuse, and around 100 high schools are using Eon Sport VR’s Sidekiq software—and the company is said to arm “thousands of athletes” with its VR-backed training.

Sports is just the latest arena to welcome the movement of VR into different realms of our lives, from dating to concerts to drinking coffee. When it comes to improving the performance of professional athletes, however, it has started to make a profound change. One study by Stanford University concluded that using virtual reality technology was more effective than watching video game film. StriVR, a VR company used by at least seven NFL teams and 13 college football programs, has been credited with a significant role in pushing the Arizona Cardinals and the Minnesota Vikings into the playoffs last year.

For Eon Sports, a test of its VR headset with 30 young quarterbacks over a few days showed that it improved decision making by 30%. (Results of how it boosts baseball hitting are due later this season.) This nudges Reilly closer to his one mission for EON Sports VR: to use virtual reality to train young athletes the fundamentals of a sport.

It arises from his own coaching background—Reilly spent four years under University of Kansas basketball coach Bill Self as a student assistant until 2009. “You can’t help but learn from him,” said Reilly. “By osmosis, you really learn how to attack every day.”

It was from here that he learned about virtual reality, and in the summer of 2013, launched Eon Sports VR. He could apply his passion for teaching a sport like baseball with an immersive environment that helped youngsters learn the finer points of being a batter, such as increasing knowledge of the strike zone, how to recognize different pitches, and situational awareness.

“Is there a way we can provide a value-add where we can make non-fun things in the game, like strike-zone awareness, and make that fun? So we gamify the learning process, and help hitters identify whether it’s a strike or ball in a fun way,” he said.

It was this unique process that caught the eye of professional players like five-time All-Star Jason Giambi. “He tried it on and said, how do I get involved?”said Reilly. He now lends exclusive lessons inside the company’s Project OPS VR-training software that Reilly hopes will result in younger baseball players picking up the game at a rapid pace.

“I think of virtual reality as the great equalizer. We are giving everyone the tools that allows them to get a leg up on their potential competition,” he said. “That’s where my passion lies.”