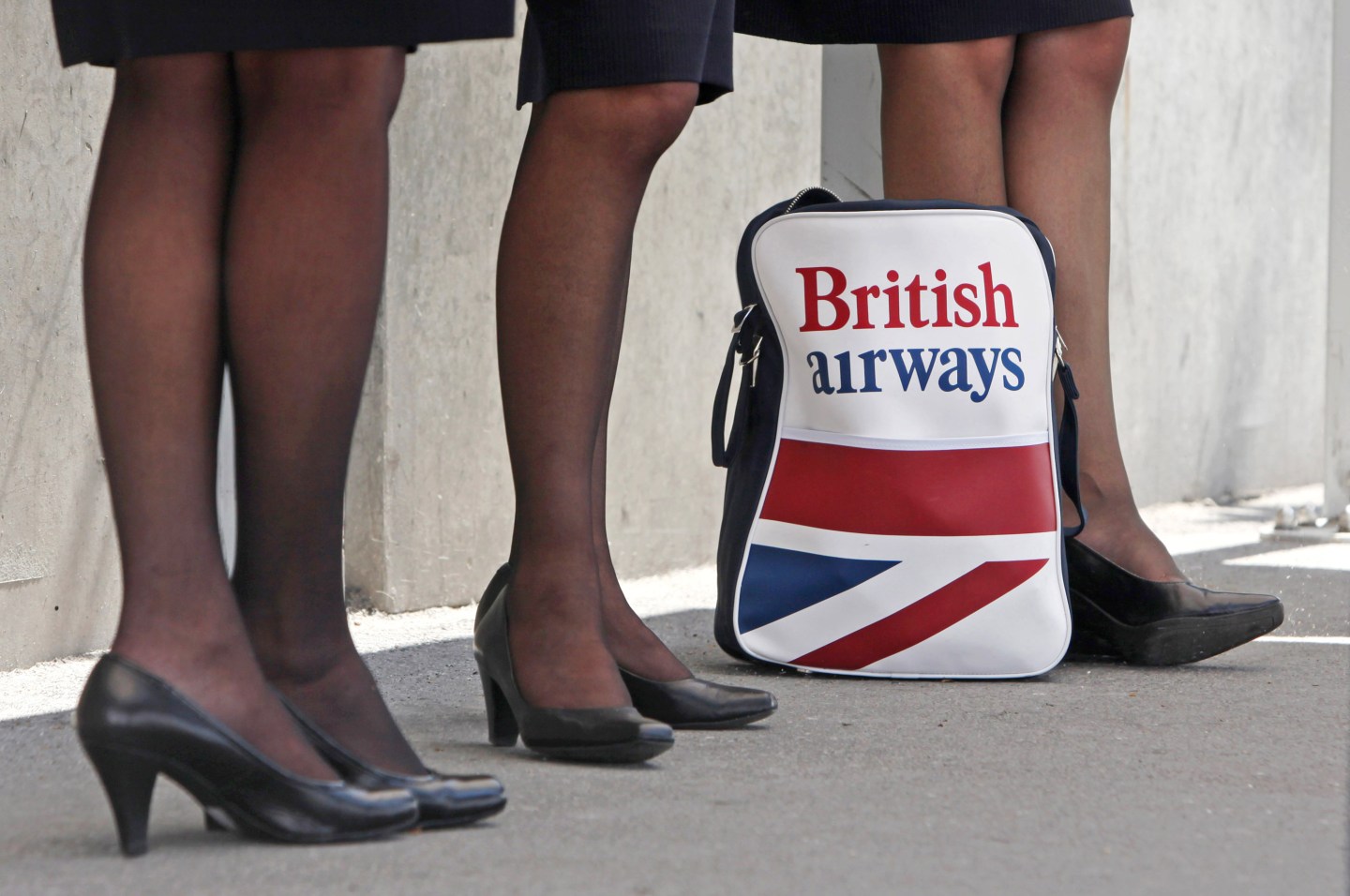 British Airways employees stand outside Terminal 5 at Heathrow airport in London, U.K., on Monday, May 17, 2010. British Airways Plc and the Unite union representing its cabin crew will meet today as mediators intensify efforts to avert a strike set to begin tomorrow and resolve a six-month pay and staffing dispute. Photographer: Chris Ratcliffe/Bloomberg via Getty Images
Photograph by Chris Ratcliff—Bloomberg via Getty Images

British Airways-owner IAG said it would trim its growth plans this year to adjust for weaker demand in the second quarter, as people flew less after the Brussels attacks and as oil weakness and Brexit worries dented business travel.

IAG’s Chief Executive Willie Walsh said on Friday that the group, whose portfolio also includes Iberia, Vueling and Aer Lingus, would cut its 2016 capacity growth to 4.9% from a previously planned 5.2%.

The Brussels attacks, which included a bombing in the departure hall of Zaventem airport and claimed 32 lives on March 22, had curbed travel appetite over the last six weeks, IAG said.

That period is when IAG (ICAGY) tends to make its biggest profit as its core European customer base goes on holiday.

Walsh said the Brussels attacks were having a “more pronounced” and “more extended” impact on travel demand than past shocks given how soon they had come after the Paris attacks in November.

The stock has lost 13% since January, underperforming Britain’s blue-chip index, which is flat. Some analysts have blamed risks associated with Britain’s vote on EU membership on June 23.

“The shares remain under the pall of the UK’s EU referendum … and for many investors we find this binary outlook to be a deterrent to new investment,” RBC analyst Damian Brewer said.

In the second quarter, IAG was also being affected by weaker demand from high-margin business travelers, in particular flying related to the slowdown-hit oil industry and Brazil, and as British corporates take a pause due to Brexit uncertainty.

American Airlines Group (AAL) warned earlier in April that a key revenue measure would fall in the second quarter.

IAG stuck to its forecast for 2016 profit. It said reaching that target would be helped by a plan to cut costs, excluding fuel, by about 1% during the year.