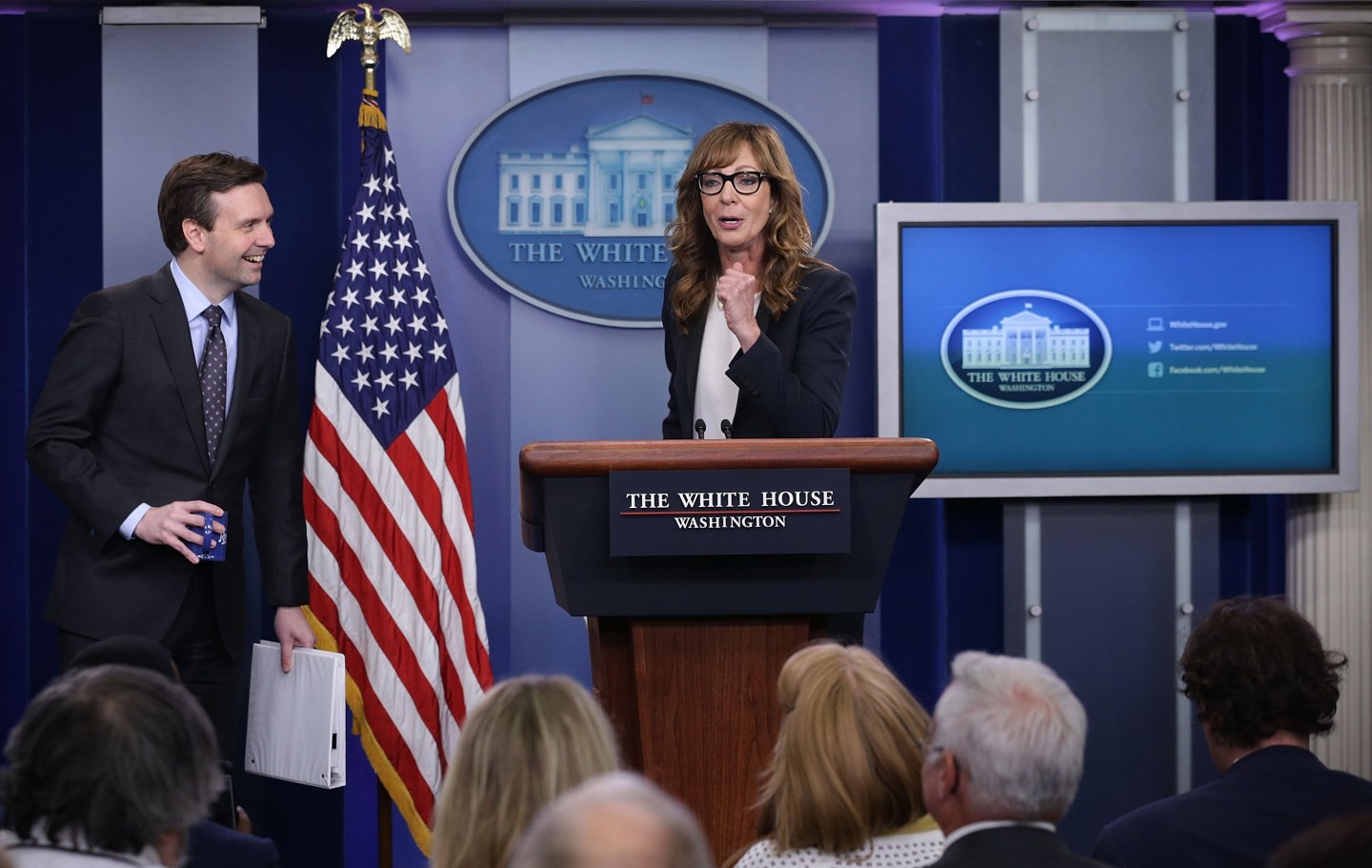 WASHINGTON, DC - APRIL 29: Actress Allison Janney (R) speaks as she shows up to surprise members of the press crops at the James Brady Press Briefing Room of the White House as press secretary Josh Earnest (L) looks on April 29, 2016 in Washington, DC. Janney, who was known to viewers as White House press secretary C.J. Cregg in the drama series The West Wing, was in town to call for attention on the opioid epidemic. (Photo by Alex Wong/Getty Images)
Photography by Alex Wong Getty Images

This story was originally published by EntertainmentWeekly.com.

TV’s favorite White House Press Secretary was back at the White House podium Friday when Allison Janney made a surprise appearance.

Janney, who starred as C.J. Cregg for seven seasons on The West Wing, shocked the press core when she walked into the Press Briefing Room instead of current Press Secretary Josh Earnest. Janney said that Earnest was having a root canal, a callback to an episode in the first season of The West Wing, in which C.J. had a root canal that led to a disastrous press conference conducted by Josh (Bradley Whitford).

Earnest did show up to reveal that the Mom star was there to discuss the opioid epidemic and to support those who help people dealing with substance abuse. Janney, whose character on Mom is a recovering addict, honored the White House Champions of Change, a group of individuals who are recognized for their work with substance abuse issues.
Janney did take one question when a reporter asked who President Bartlett (Martin Sheen) was supporting for the Democratic nomination. In typical C.J. fashion she replied, “I think you know the answer to that question.”