There Is Now Just a Handful of Bidders for Paramount Pictures 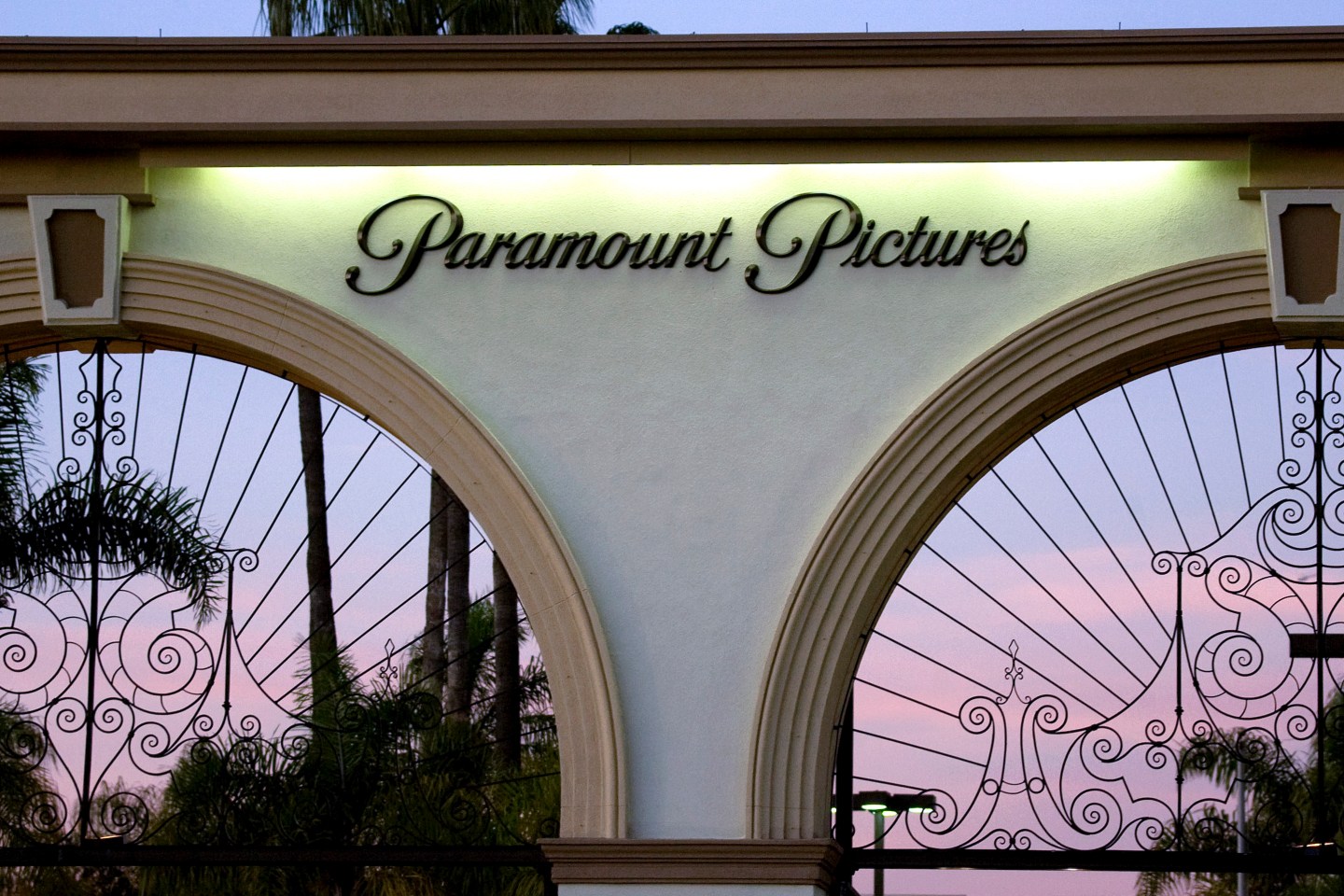 Viacom (VIAB) has narrowed the number of bidders for a minority stake in its Paramount Pictures movie studio from more than 40 to a handful and expects to begin negotiations late next month, CEO Philippe Dauman told analysts on Thursday morning.

“There is strong interest from all around the world,” Dauman said on the company’s quarterly earnings call. He said he still expected to announce a deal by the end of June, and Viacom will use the proceeds to reduce its debt.

Ahead of the call, Viacom reported a higher-than-expected quarterly profit, but a drop in domestic ad revenue disappointed investors, who pushed the company’s shares down as much as 7%. The stock recovered somewhat and was down 2% at $42.92 by late morning.

The owner of networks including Comedy Central, MTV, and Nickelodeon said domestic ad revenue fell 5% in the second quarter ended March 31, more than the 3% that analysts expected. This was the seventh straight quarter of declines.

Viacom executives attributed the drop to a reduction in the number of TV advertisements the company airs to boost ratings, a strategy it announced in November.

If Viacom had not reduced the number of ads, the decline would have been around analysts’ expectations at 3%, COO Tom Dooley said on the call.

The company, like its peers, has struggled with ratings for its television networks as younger viewers, a key demographic for networks such as MTV, increasingly view content online or on smartphones.

This has led to an increasing number of consumers canceling their cable subscriptions. This “cord cutting” threatens the revenue streams of media companies.

Filmed entertainment revenue fell 1% to $655 million in the quarter, but this was well above the analysts’ average estimate of $593 million, according to research firm FactSet StreetAccount.

The unit benefited from the success of The Big Short and Daddy’s Home.

Total revenue fell 2.5% to $3 billion. Analysts on average had expected $2.98 billion, according to Thomson Reuters I/B/E/S.

Net earnings attributable to Viacom were $303 million, or 76 per share, compared with a year-earlier loss of $53 million, or 13 cents per share. Analysts had forecast a profit of 74 cents a share.