DreamWorks Has Reportedly Hired Centerview to Help With Its Sale 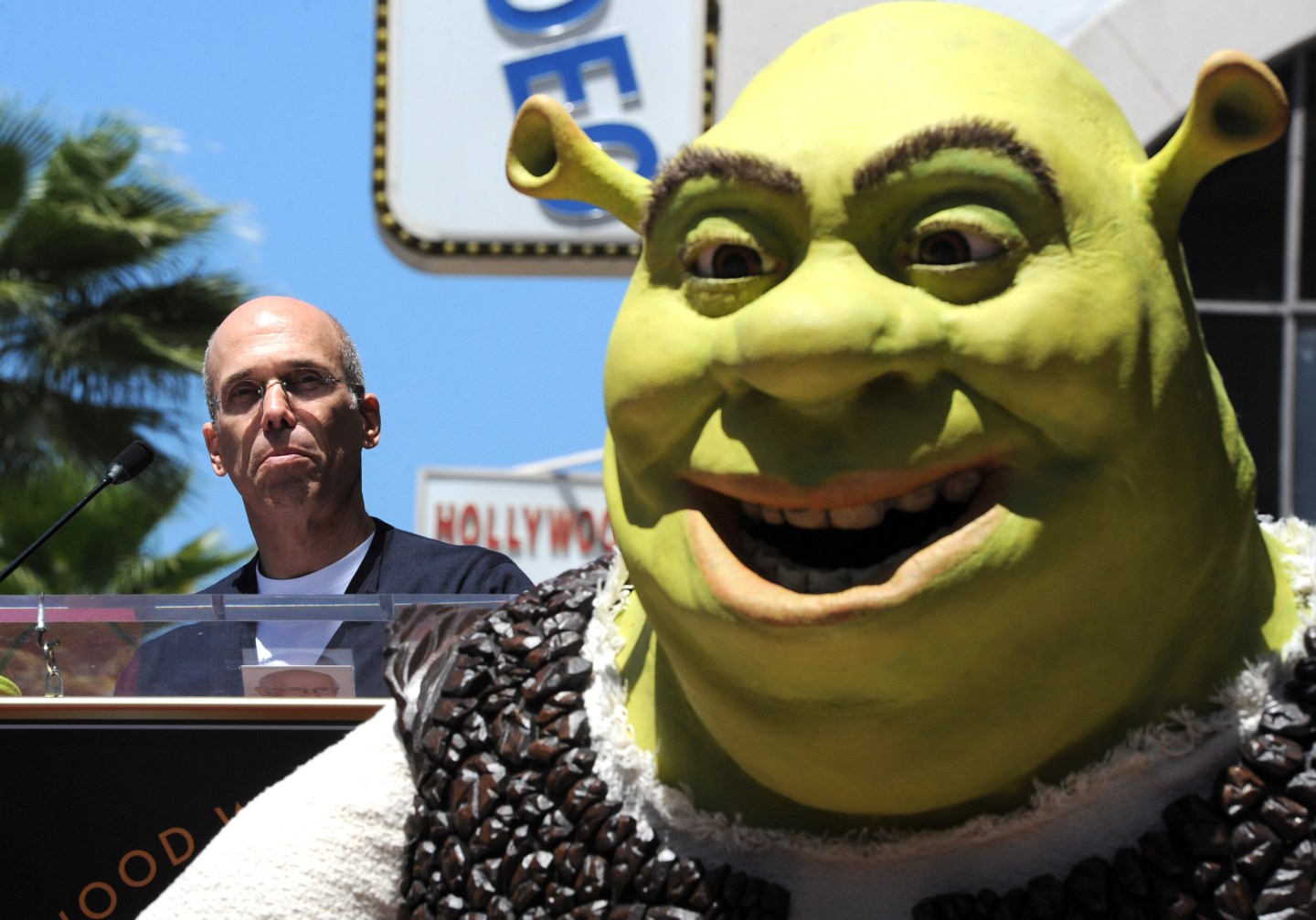 HOLLYWOOD - MAY 20: Producer and CEO of DreamWorks Animation Jeffrey Katzenberg speaks at the Hollywood Walk of Fame star ceremony honoring cartoon character Shrek who was honored with the 2408 Star on May 20, 2010 in Hollywood, California. (Photo by Frazer Harrison/Getty Images)
Photograph by Frazer Harrison — Getty Images

Hollywood movie studio DreamWorks Animation SKG Inc has been exploring a sale with advice from boutique investment bank Centerview Partners Holdings, according to people familiar with the matter.

While Universal Pictures owner Comcast (CMCSA) is in advanced talks to acquire the company, DreamWorks Animation (DWA) has also been exploring a potential deal with other interested buyers, the people said on Wednesday.

There is no certainty that Comcast will finalize an agreement with DreamWorks Animation, the people added.

Representatives for Centerview and DreamWorks Animation did not immediately respond to requests for comment. Comcast declined to comment.

Shares of DreamWorks Animation ended trading up 18% on Wednesday at $32.20, giving it a market capitalization of $2.8 billion. The Wall Street Journal first reported the company’s talks with Comcast late on Tuesday.

Comcast’s acquisition of DreamWorks Animation would add to Universal’s film library with major children’s’ franchises such as “Shrek” and “Kung Fu Panda,” which it could tap for its theme parks and consumer products’ businesses.

Macquarie Securities’ analyst Amy Yong said on Wednesday that Comcast’s Universal Pictures has shown signs of success in animation with films like “Despicable Me” and “Minions,” but “DreamWorks would secure its position in family entertainment.”

In 2014, DreamWorks Animation held talks about a possible sale to Japanese communications and media company Softbank Corp, a source with knowledge of the matter told Reuters at the time.

Later that year, toymaker Hasbro held preliminary talks to buy DreamWorks Animation, according to another source at the time. The talks formally ended a few days later after the toy company’s board voted to walk away.

Centerview is one of several boutique investment banks, such as Moelis & Co, Evercore Partners Inc and PJT Partners Inc, that have been encroaching on the investment banking turf of firms such as Goldman Sachs Group and Morgan Stanley in recent years.

Centerview has worked with DreamWorks Animation before. It advised the Glendale, California-based company on the formation of a $330 million joint venture with Chinese media firms in 2012, according to its website.