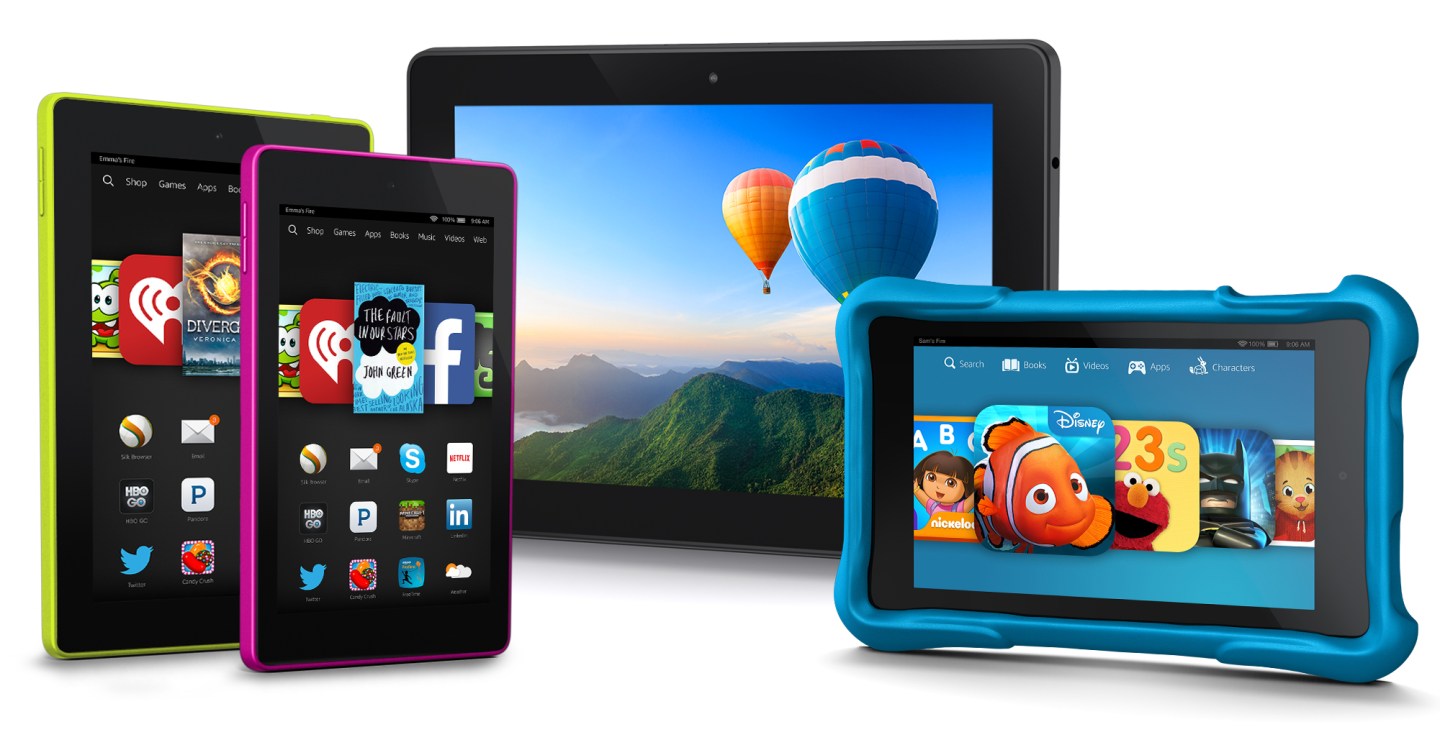 While Amazon is best known as an e-commerce juggernaut, the company’s next big growth engine could be in hardware.

He added that customers purchased more than twice as many Fire tablets than first quarter last year. That’s not particularly surprising, considering that Amazon overhauled its tablet line last fall and debuted both cheaper and faster versions of its Fire tablet, as well as a new child-focused device. Bezos also addressed the company’s recent breakout success with Echo, saying that despite all efforts, Amazon can’t keep the devices in stock.

The Echo debuted in 2015, and has sold out multiple times. Most recently, the device started shipping in early April but sold out once more. The company has said it will not ship any new devices until May.

When it comes to pricing Amazon has taken a different approach than its hardware rivals, including Apple. Most of Amazon’s devices are under $200, putting them on the low end of the market.

“We’re building premium products at non-premium prices, and we’re thrilled so many customers are responding to our approach,” Bezos said.

Perhaps these non-premium prices, plus access to the company’s Prime content (which includes movies, television shows, and music) are driving the company’s most profitable quarter in history. Amazon reported net income of $513 million, or $1.07 per share, for the quarter ended March 31. A year earlier, the company had a loss of $57 million, or 12 cents per share. Net sales surged 28.2% to $29.13 billion.

This hardware renaissance is surprising for the company, as Amazon stumbled with devices in the past. Amazon killed off its first phone, the Fire phone, and was forced to reduce staff in its hardware division.

But on the earnings call on Thursday, Amazon’s chief financial officer Brian Olsavsky was singing a different tune, reiterating that the success of sales of hardware as one of the drivers of growth during the quarter.

The next test will be the success of the company’s lightest and thinnest version of its Kindle, which shipped to customers this week. However, this device will come with a hefty price tag. At $289.99, it will be one of Amazon’s most expensive hardware devices yet.